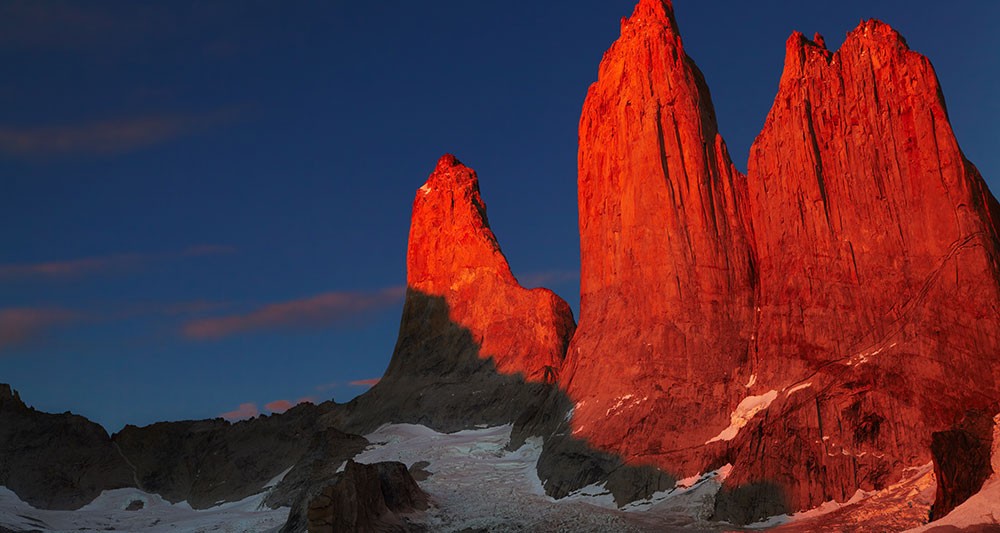 In honor of the U.S. National Park Service’s centennial birthday celebration this week here at home, there’s never been a better time to share our favorite national parks abroad. From glaciers in South America, to Mayan ruins in Central America, our continental neighbors to the south boast some of the most awe-inspiring national parks in the world. We’ve covered national marine reserves before, so we’re focusing on terrestrial preserves this time around in our national parks post.

Here are our Top 10 National Parks in Latin America: 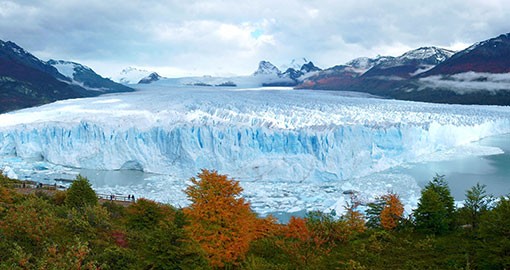 Los Glaciares National Park in Patagonia is located on 600,000 hectares of rugged southwest Argentine landscape. It boasts glacial lakes, a highly diverse ecosystem and massive igloo icebergs that draw visitors from around the globe. Highlights of this national park and reserve are the dynamic Perito Moreno glacier, the milky white Lake Argentino and the park’s remarkably well-preserved Andean-Patagonian forest, high-altitude vegetation and lower elevation Patagonian steppes.

The park also is one of our favorite UNESCO World Heritage Sites in South America, and features ancient artifacts and petroglyphs for an added bit of culture in an otherwise truly adventurous journey. Don’t miss walking on one of the nearly 50 huge glaciers, the largest continental ice extension after Antarctica, to enjoy a cocktail cooled by glacial ice. Trekking out on a wildlife photo safari to catch a glimpse of the elusive puma, Andean cat, Huemul deer or the more readily seen Andean condor or Darwin’s rhea is another can’t miss experience. 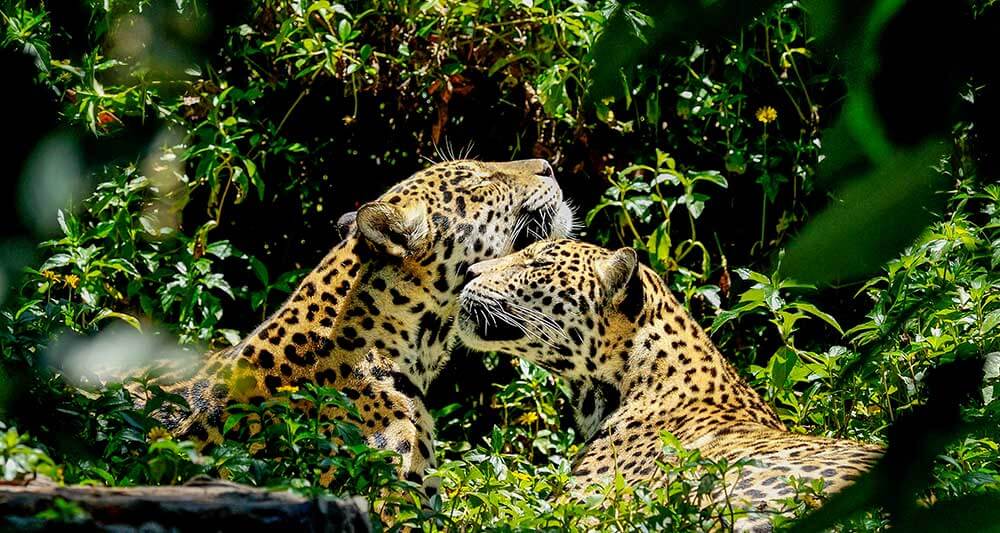 The Cockscomb Basin Wildlife Sanctuary, in the southern Stann Creek district of Belize, isn’t technically a national park, but we certainly think it should be. This 150 square mile nature reserve was founded in 1990 and is highly acclaimed as the first and foremost jaguar preservation site in the world. In addition to the Sanctuary’s importance as a nature reserve, the park also was designed to protect the surrounding delicate ecosystems and at least two major watersheds, including the adjacent Monkey River.

You’ll find hundreds of species of plants, as well as astounding animal biodiversity, within the tropical moist forest. Keep your eyes peeled for more than just the elusive jaguar and you may just see ocelot, puma, margay, jaguarundi, howler monkeys, toucans and much more. The ancient Maya inhabited the area as early as 10,000 BCE, so there also are ruins on the property. The Sanctuary staff all are indigenous Maya, and local villagers support themselves from the sale of goods from the on-site craft center. 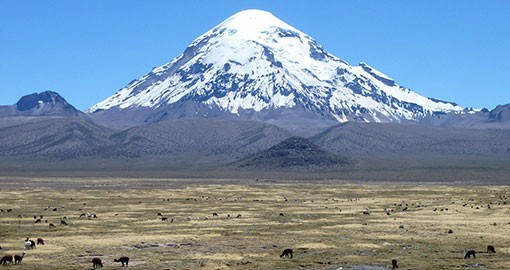 Bolivia’s Sajama National Park is a veritable hotbed of culture and adventure, making it a wonderful (if relatively unknown) ecotourism destination. The park was designated a nature preserve in 1939 and granted tentative UNESCO World Heritage status in 2003. Today, it greets visitors with some of the most awe-inspiring vistas, interesting indigenous cultures and ecological wonders anywhere in Latin America. In fact, it not only is one of our favorite volcanic sites, but also boasts sensational wildlife experiences, ancient cave paintings, Colonial architecture, gurgling hot springs and Bolivia’s highest mountain towering more than 21,000 feet.

The park, which spans almost 400 square miles, is located in the Oruro district and is home to the Aymara people. They play an integral role in the park’s management and development. One highlight of a trip to Sajama is witnessing the ancient and mysterious Sajama Lines, which were carved into the ground over thousands of years and are believed to be approximately 10,000 miles long. That’s almost three times as long as the width of the United States! 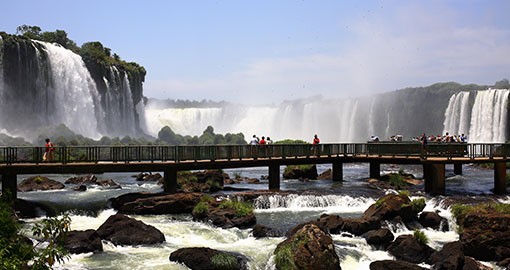 At the heart of Iguassu National Park, which spans both Brazil and Argentina as sister parks, is one of our favorite waterfalls in South America and one of the most impressive in the world. It’s the stuff of legends— and movie magic. There are some 275 waterfalls in this UNESCO World Heritage Site and national park system. The tallest stands approximately 275 feet tall and is almost 9,000 feet in diameter. It’s enough to draw more than a million visitors to the 240,000-hectare park each year. That’s more than 4,000 people each day!

The falls are spectacular and a major draw for the national parks, but that’s not all worth seeing here. The sister parks also are home to one of the most important remnants of Interior Atlantic Forest and numerous threatened animals, including the South American tapir, jaguar, ocelot, jaguarundi, anteater, tirica and yacare caiman. There also are more than 2,000 species of plants, 400 bird species (including the elusive Harpy eagle) and several rarely-sighted butterflies, such as the vinaceous Amazon. You’ll be awestruck by the falls and the surrounding natural beauty. 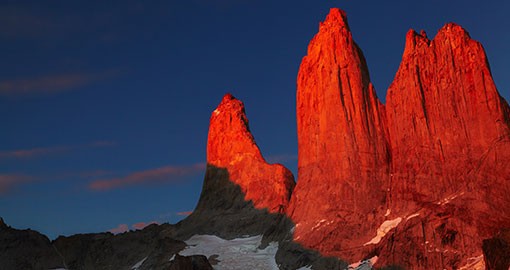 Another Patagonian wonder, this time in Chile, Torres del Paine National Park is the crown jewel of the Chilean national park system’s 11 protected areas in the region. Torres del Paine measures more than 242,000 hectares and hosts some 150,000 visitors each year— many of whom are foreign travelers. Within its borders, you’ll find towering mountain peaks, massive glaciers, serene lakes, rambling rivers and another of our favorite waterfalls in South America.

All in all, the park encompasses four distinct zones, including the Andean desert, the Patagonian steppes, the Pre-Andean shrub lands and the Magellanic sub polar forest. Together, these ecosystems are home to 15 bird of prey species, including the Magellanic horned owl, the Austral pygmy owl and the Andean condor. Other popular bird species include the black-necked swan, Darwin’s rhea, the Chilean flamingo and the black-faced ibis, making it a real birder’s delight. There also are a large number of mammals, such as fox, puma, guanaco and skunk.

What is there to say about coastal Corcovado National Park in Costa Rica that we haven’t already said in our Top National Marine Reserve post, our Best SCUBA and Snorkel Spots post, our Best Beaches in Latin America post or our Top 10 UNESCO Sites in Latin America post? It’s also, of course, one of our absolute favorite terrestrial preserves and national parks in the Americas.

Located on 160 square miles of the Osa Peninsula, Corcovado is the largest park in Costa Rica. It widely is believed to be the premier park in a country boasting one of the most renowned and extensive park systems in the world. National Geographic has referred to the park as, “the most biologically intense place on Earth.” That title seems appropriate when you consider the sheer volume of flora and fauna found within the park’s cloud forest, montane forest, palm swamp, mangroves, plains, rivers and much more. A large population of the endangered and rare Baird’s tapir is found here, as well as the Harpy eagle, five big cats and all four of Costa Rica’s monkeys.

Only a short drive from the city of Quito lies another of our favorite national parks (and our favorite volcanoes)— Cotopaxi National Park in Ecuador. Cotopaxi Volcano is the highest active volcano in the world at nearly 20,000 feet, but it is only one of four on the park property. The amazing volcano is the centerpiece to both the Ring of Fire and the surrounding national park, which spans almost 34,000 hectares of stunning natural landscape adjacent to the El Boliche National Recreation Area.

The park, with its snow-capped peaks, humid mountain forest, rainy Andean tundra and abundant grasslands, is home to an abundance of plant and animal life. You’ll also find a large number of exhilarating eco-adventure activities, including mountaineering, trekking, horseback riding and mountain biking. When park services give the “all clear,” campsites also are available (for the brave intrepid traveler). While there, don’t miss the ancient ruins near the Rio Pita or the stellar on-site museum.

Tikal National Park in Guatemala is one of only a handful of UNESCO World Heritage Sites designated for both cultural and natural criteria. It is surrounded by the Maya Forest and the two million hectare Maya Biosphere Reserve. There are few places in the world more archeologically or naturally important. In the park proper, which spans more than 57,000 hectares of savannah, wetlands, palm and tropical broadleaf forest, lie the PreClassic remains of the mighty Mayan civilization.

Tikal was a Pre-Colombian Maya capital dating as far back as 600BCE. Although much of the inner “urban zone” has been excavated and catalogued, the surrounding forest continues to shroud an almost unimaginable amount of archeological ruins. These are scattered throughout some 25 secondary sites. The area also is home to five big cats, including the puma and jaguar, as well as 300 bird species, monkeys, anteaters and more. UNESCO recognizes it as both an “outstanding example of the art and human genius of the Maya,” and “home to an impressive diversity of flora and fauna across…habitats.”

For such a small country, Volcan Baru National Park, with its montane rainforests, low humid montane forests, humid montane forests, rivers and massive caldera, is something of a powerhouse in Central America. At more than 14,000 hectares, the national park is home to the tallest mountain in the country (on a clear day, you can see both the Pacific Ocean and the Caribbean Sea from its peak) and an impressive active stratovolcano.

At the heart of the four-decade old national park near the Costa Rican border, sits Volcan Baru (another of our favorite volcanoes in Latin America and the only volcano is Panama). Rising more than 11,000 feet, the mountain acts as a beacon for international travelers and a sentinel for the surrounding flora and fauna, which includes more than 250 species of birds (Including the rarely seen resplendent quetzal), as well as all five species of big cat in the Americas. A part of the MesoAmerican Biological Corridor, the park boasts several popular hiking trails through the Boquete valley that are appropriate for varied skill levels.

At a whopping 1.5 million hectares sprawling from the Andes to the Amazon, Peru’s Manu National Park is not only the country’s largest preserve, it’s also one of the biggest in the world. Manu was recognized as a UNESCO Biosphere Reserve in 1977. A decade later it was pronounced a UNESCO World Heritage Site for, among other things, its widely variant ecosystems  (including cloud forests, lowland rainforests, Andean grasslands and more) and almost immeasurably dense biodiversity.

More than 15,000 plant species, 1,000 bird species, 200 mammal species, 90 reptile species and some 1,300 butterfly species have been documented within its borders, but animals aren’t the only inhabitants of this spectacular park. There also are several small Amazonian tribal communities within its boundaries (some living in voluntary isolation and others in contact with the outside world). Pre-Incan ruins and petroglyphs suggest this remote and largely untouched area has been an important location to these tribes for thousands of years. It may not be easy to get to, but it’s worth the trip.

If you’re ready to experience the best national parks in Latin America, please keep in mind many of these parks require certified professional guides to enter, then contact us today to begin planning your dream vacation to the national parks of Central or South America.

In the mean time, be sure to get out to the national parks here at home for free entry through this Sunday, August 28.