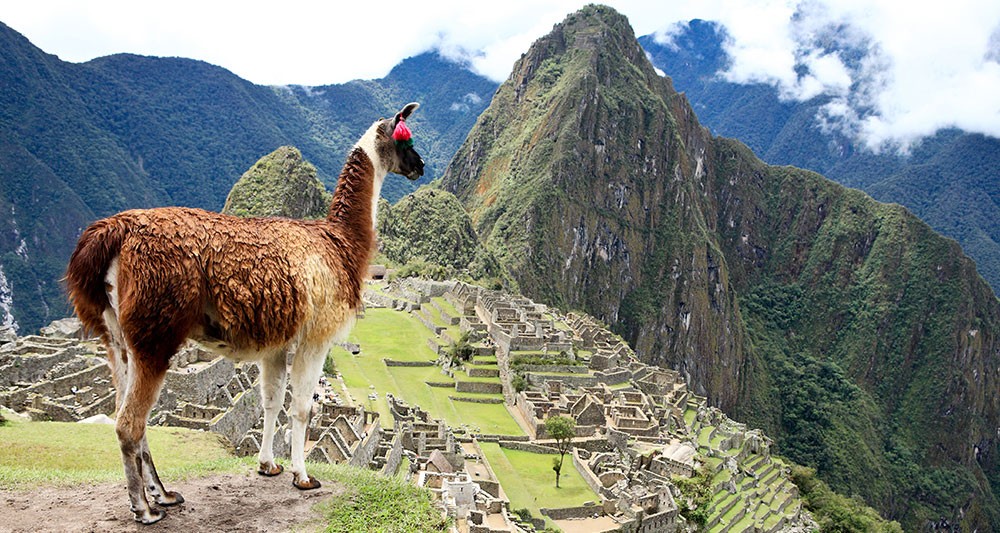 Author Mark Twain famously said, “Broad, wholesome, charitable views of men and things cannot be acquired by vegetating in one little corner of the Earth all of one’s lifetime.” Nowhere is this sentiment more true than cultural travel.

Sure, it’s relaxing to sip a rum runner with your toes covered in white sand, and everyone needs some time to decompress and the fine art of doing nothing at all, but to really connect with humanity, history and the world at large is a life-changing experience that never ceases to humble and amaze.

Since 1972, the United Nations Educational, Scientific and Cultural Organization (UNESCO) and its 195 member states have been designating culturally significant sites representing the “heritage of all mankind” as World Heritage Sites under the World Heritage Convention. To be considered for the list, a country must perform a study of the site and create a plan for its protection.

Today, there are more than 1,000 World Heritage sites across the globe, with nearly 150 in Latin America and the Caribbean. To be included in the list, sites must be of “outstanding universal value” and meet at least one of 10 additional criteria (found on the UNESCO site) broadly defined as being of special physical or cultural significance.

Although most consider these important sites to be protected under the Geneva Conventions, many are listed as “in danger” by UNESCO due to human encroachment. In Latin America, some of the endangered sites include such important locales as the city of Potosi, Bolivia; The Humberstone and Santa Laura Saltpeter Works in Chile; the fortifications on the Caribbean Side of Panama; the Chan Chan Archeological Zone in Peru, the Belize Barrier Reef Reserve System (on our list below); and several others.

If you’ve ever wanted to see these awe-inspiring locations, there’s no time like the present! Here’s our list of the Top 10 World Heritage Sites to get you started: 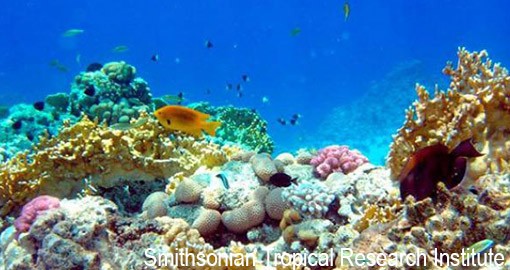 Located in the scenic Gulf of Chiriqui, this protected marine zone is comprised of 38 islands and the surrounding waters. The area, named by the Smithsonian Tropical Research Institute, as an “unparalleled destination for discovering new species” boasts a Pacific tropical forest with high levels of endemic wildlife, including a number of endangered animals such as the crested eagle, while the marine corridor is home to one of the largest reefs on the Pacific Coast and connects to the more famous Galapagos Islands by the underwater Coco Ridge Mountains. 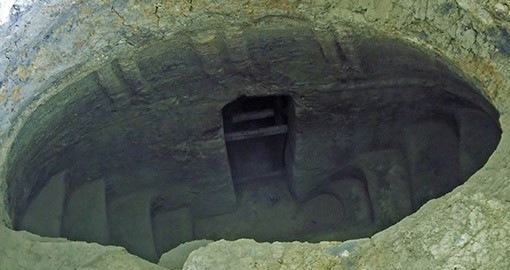 Built between 600-900AD, these large underground tombs built as group burial sites for elite members of society are a largely undisturbed example of the pre-Hispanic Andean culture. The tombs, called hypogea, are considered relics of an advanced civilization and are amongst the largest and most elaborate tombs of their kind in the world. There are 162 motif-decorated, intricately-carved tombs in all across four sites. Outside, there are numerous large stone sculptures of humanoid figures and two museums—an archeological and an ethnological. 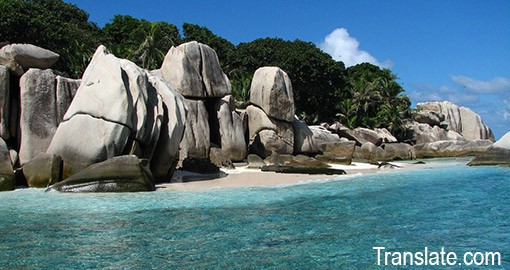 Named one of PADI’s 10 Best SCUBA Spots in the World, Cocos is one of the best places in the world to see huge numbers of large oceanic migratory species. This unique park also was shortlisted as one of the world’s New 7 Wonders and is thought to be the inspiration for Stephenson’s Treasure Island. It’s the only island in the tropical eastern Pacific with a tropical rain forest and is often called the “little Galapagos of Costa Rica.” On land, the island features some pretty spectacular waterfalls and is uninhabited save a permanent ranger outpost. 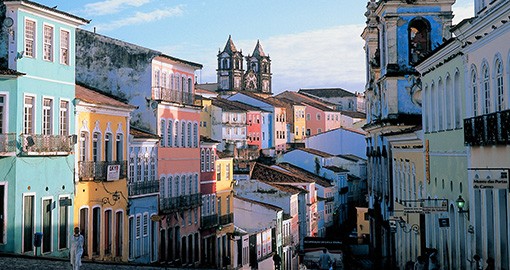 Salvador de Bahia was the first capital of Brazil from 1549-1763. It is one of the oldest cities in the new world and the first slave market in the new world. Often called Pelourinho, named for the whipping post at the city center, the Historic Centre of Salvador de Bahia today boasts a large concentration of well-preserved and historically renovated Renaissance buildings nestled amongst a city of more than three million inhabitants. UNESCO notes the city as a major point of convergence for European, African and American Indian cultures and calls it a prime example of world exploration. 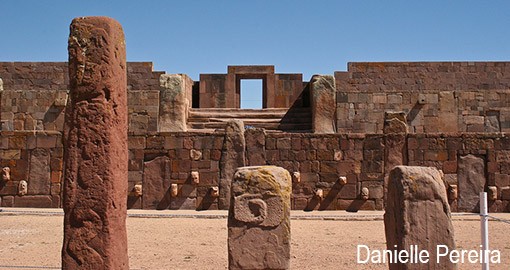 The Tiwanaku Ruins of Bolivia are the last vestiges of a pre-Incan Andean civilization near lake Titicaca and, at almost 13,000 feet above sea level, are one of the highest urban structures ever built. Thought to be the capital of the pre-Hispanic empire, this city was densely populated and reached its peak between 500-900AD. Though not completely excavated or mapped by archeologists, it is still an important religious site for locals and features a sunken temple and elaborate carvings distinct from other empires of the Americas, making it “one of the most important manifestations of civilizations in the region,” according to UNESCO. 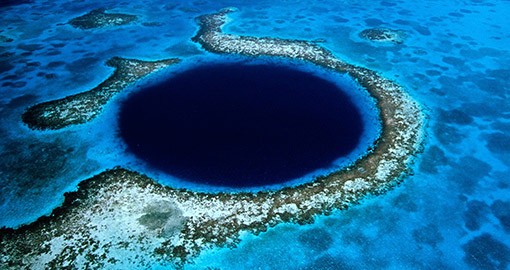 Comprised of several hundred sand cayes, mangrove forests, coastal lagoons and more, the Belize Barrier Reef Reserve System is the largest barrier reef in the northern hemisphere and the second largest in the world. This pristine example of reef is home not only to the Great Blue Hole but also to one of the most biologically rich arrays of reef types in the world. Many threatened species can be viewed here, including the West Indian manatee, loggerhead turtle and the American crocodile, and it is estimated only 10 percent of its species have been discovered, but this amazing ecosystem also is endangered from pollution of uncontrolled tourism. 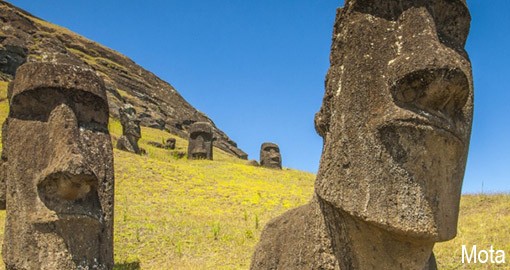 More popularly known as Easter Island, this relic of an ancient Polynesian civilization was settled around 300AD. Its inhabitants built huge shrines and humanoid stone figures, called moai, made from volcanic tuff found only on the southeastern side of the island and ranging in height from six to 65 feet. There are roughly 900 of these monoliths at Rapa Nui, as well as approximately 300 ceremonial platforms and thousands of other structures. In the mid-1800s, most of these marvels of human craftsmanship were toppled but largely unharmed and eventually returned to their rightful places standing guard over the island. 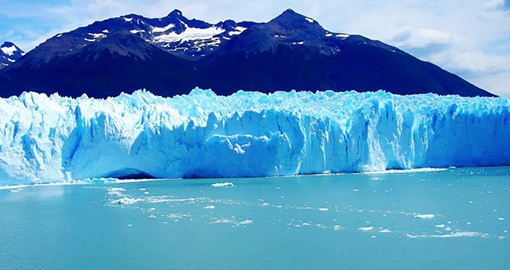 This massive freshwater reservoir in the Patagonian Austral Andes, and bordering Chile’s Torres del Paine to the south, is home to the largest continental ice extension in the world next to Antartica. There are 47 large glaciers, the biggest is Perito Moreno, and more than 200 smaller ones with three huge lakes and a diverse array of indigenous flora and fauna, including condors, the Andean cat and puma. Called “an area of exceptional beauty” by UNESCO, the glaciers here originate from ice caps, making them much closer to sea level than elsewhere in the world and providing more accessible and spectacular viewing. 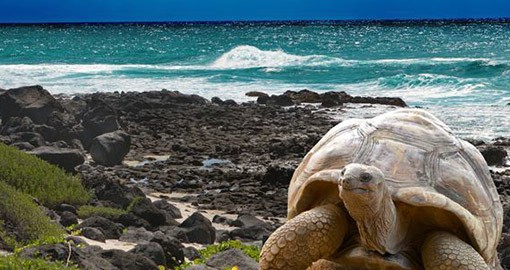 As we mentioned in a previous blog post, a dream getaway to the Galapagos Islands topped USA Today’s Best Readers’ Choice awards for bucket list trips in 2014. Home to a rich and unusual  array of animal life, many found nowhere else in the world, this 127 island archipelago, called a “unique living museum and showcase of evolution,” is the inspiration for Darwin’s theory of evolution by natural selection and one of the richest marine ecosystems in the world. The islands are located at the intersection of three ocean currents, and nearly 3,000 marine species have been identified within the reserve’s waters. 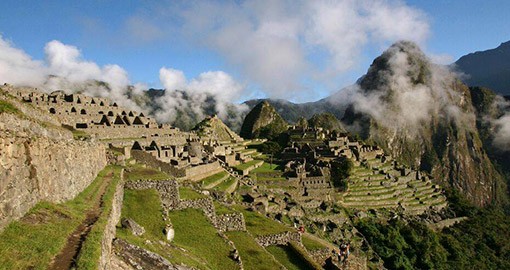 Built in the 15th century at nearly 8,000 feet above sea level, Machu Picchu borders the upper Amazon basin in the Andean highlands. UNESCO says it is “among the greatest artistic, architectural and land use achievements anywhere and the most significant tangible legacy of the Inca civilization,” so it’s easy to see why it also made the New 7 Wonders of the World list. The roughly 200 structures of Machu Picchu are shrouded in mystery even today and weren’t rediscovered by Western civilization until 1911, which is why this sacred area is often referred to as “the lost city.”

And an honorable mention goes out to Guatemala’s Archeological Park and Ruins of Quirigua. Inhabited since the second century AD, the 17 monuments found here were carved between 400 and 800AD and are excellent representations of Mayan culture. In fact, the great plaza is the largest known public space known in the Mayan area and the largest collection of Mayan art was discovered here. 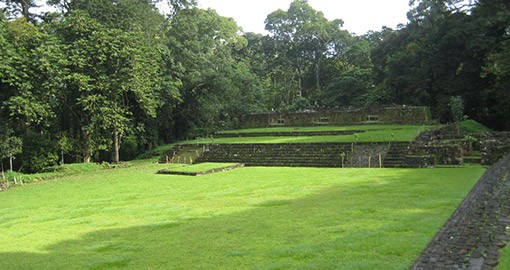 If you’re ready to get out of your corner of the Earth and experience “the heritage of all mankind,” call us today to begin planning your World Heritage Site tour of Central and South America (Central America is launching later this summer)!