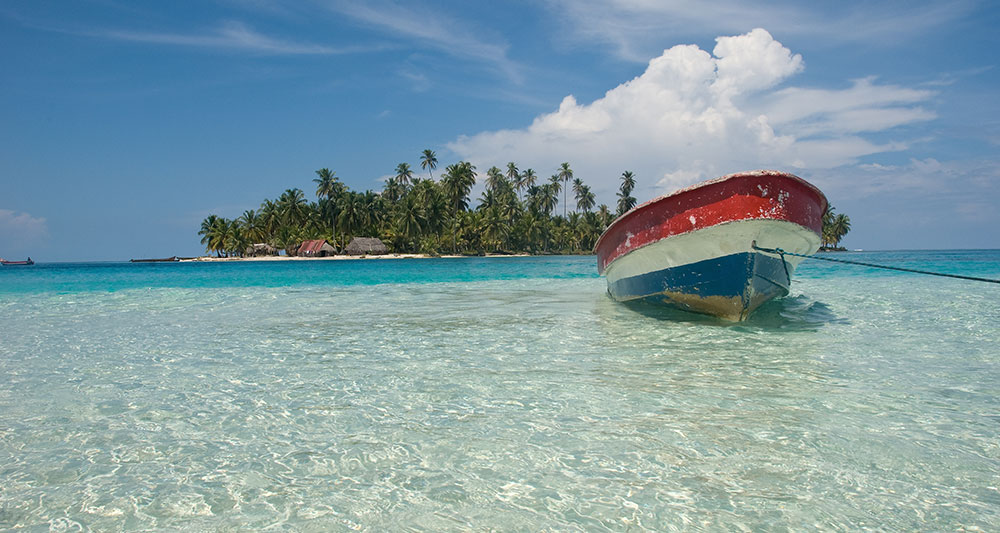 10 Best Beaches in Latin America, by our trip designers at VIP Journeys! When filmmaker Bruce Brown followed fellow surfers around the world in The Endless Summer, nomadic surf culture was cemented as a carefree part of the American psyche. But, the seminal 1996 documentary certainly wasn’t the beginning of hanging ten. That honor goes back 200 more years to 1776— at least in documented form— and the “sport of kings.”

The truth is, surfing is probably as old as mankind. How could it not be? There’s just something about the gentle lapping of waves on the shore, the crisp smell of salt in the air and the feeling of sun on your face that touches our soul and puts us at ease. It’s nature’s most abundant therapy. Sure, the first man to carve a board probably did it for fishing or transportation, but we’re pretty sure the next guy did it when he saw the look of total relaxation on the first guy’s face.

Call us beach bums or salted nuts, but we can think of few better ways to wile away a day than at the beach. You don’t have to grab a board and catch a wave to enjoy it. Grab a hammock and catch some zzz’s. Grab a pole and catch some fish. Grab a raft and catch some rays. Grab a bucket and catch some crabs with your kids. When you’re at the water’s edge, the only thing that really matters is that you grab your friends and family and catch some quality time making memories.

We’ve scoured Latin America for its very best beaches where you can do just that. Far from mega resort towns, these ten beaches (in no particular order) are some of the most off-the-beaten path or unique Central and South America have to offer. Each has that little something special that makes it unlike anywhere else in the world— and those are just the right conditions for catching a truly unforgettable journey. 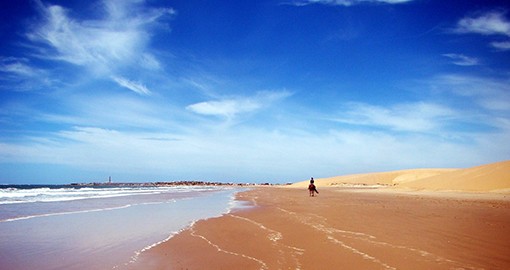 What’s not to love about a sleepy Uruguayan fishing hamlet surrounded by such spectacularly large sand dunes that it’s unreachable by car? At Rocha’s Cabo Polonia, visitors will find only a few hundred houses nestled on a sliver of Atlantic peninsula. There is no electricity or running water here, but the remote solitude and exposed beach break affording consistent surf make it a can’t miss destination in one of the country’s unique Protected Areas. Plan ahead to get here by horse, bicycle or authorized 4×4 bus. 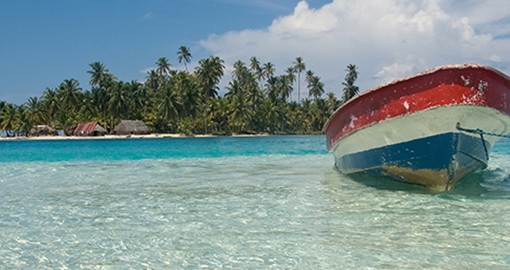 Pull the brake and unwind amongst the sandy beaches and sapphire blue waters of the San Blas archipelago. Home to one of the best preserved indigenous tribes in the Americas, this 378-island chain covers roughly 100 square miles off the coast of mainland Panama and outside the hurricane zone. Be sure to do some island hopping to explore the virtually unexplored (many completely uninhabited) islas and atolls of towering palms and lush mangroves dotted throughout the saturated colortopia of the Caribbean. 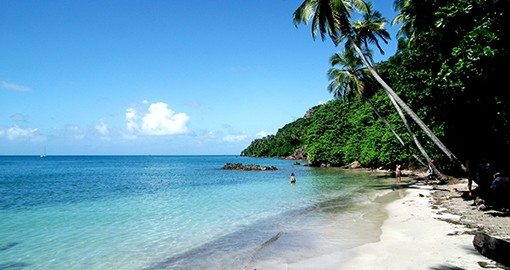 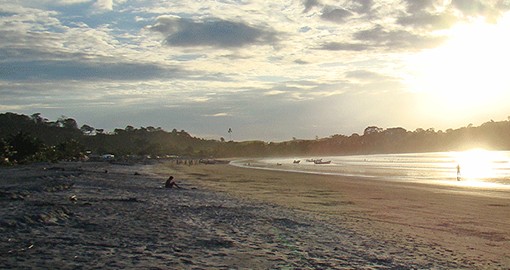 Ecuador’s Emerald Coast sometimes gets a bad wrap for its rough and tumble nature, but things are changing in Esmeralda. Although another oft-referenced spot, Quingue, is culturally interesting, the place to go for unspoiled coastline, tropical rainforests and exotic flora and fauna is Mompiche. A surfer’s paradise that’s somehow managed to retain its local charm despite the addition of a major luxury resort, Mompiche boasts nearly 10 miles of pristine beaches and abundant eco-tourism activities. 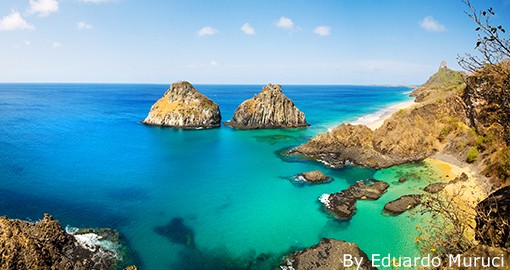 Nestled in the UNESCO World Heritage Site of Fernando de Noronha lies Baia dos Porcos or “Pig’s Bay.” This relatively small and very rocky island boasts sandy beaches on only some narrow oceanfront stretches, but they are more than worth the trek. The views of the Two Brothers rock formation, the deep turquoise blue waters and the limited number of visitors allowed on the island ensure a wildly romantic and unforgettably immersive experience in a untamed tropical oasis. 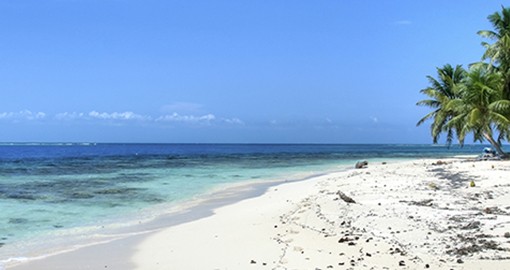 Not very far from Belize City, but another world away, Turneffe Atoll is a group of Caribbean islands and the largest and most biologically diverse coral atoll in Belize at approximately 30 miles long and 10 miles wide. From the lighthouse at Mauger Caye to the South Lagoon, visitors here will find white sand beaches, wind swept palms, mangrove lined lagoons and azure blue waters that seem to stretch for miles at barely knee deep. 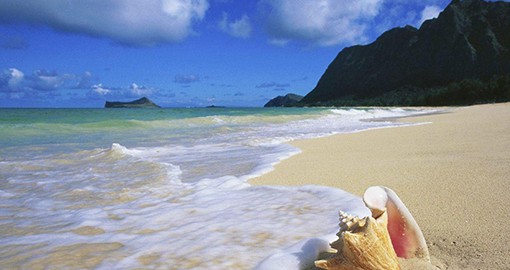 Just up the Peruvian coast from the glitzy resorts and partying jet setters of Mancora proper, the adventurous traveler will find Punta Sal. Virtually unknown by foreign visitors, locals often cite the expansive white sand beaches, calm crystal clear waters and tranquil beach vibe of Punta Sal as the most appealing in country. Here on the Pacific Coast, large luxury resorts are just beginning to dot the shores, so Punta Sal may not remain undiscovered for long. 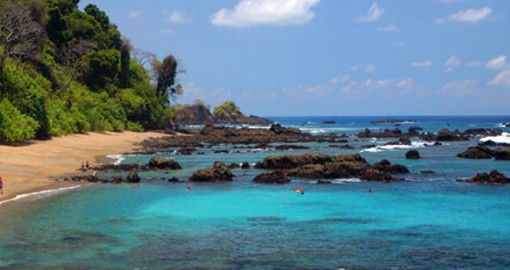 Situated in Osa’s Corcovado Bay, Isla de Cano enjoys an infamous past as a pirate haven, as well as a pre-Colombian history. The 741-acre island was formed more than 50 million years ago and, today, is surrounded by the largest number of coral building organisms on Costa Rica’s Pacific Coast, resulting in stunning off-shore diving. The island itself is a biological reserve with hiking trails, archeological wonders and a wild and untamed shoreline whose white sand and rocky outcroppings are lapped by the turquoise waters of the Pacific. 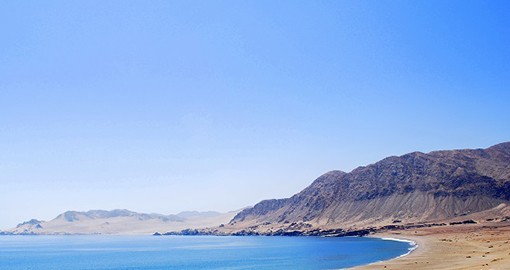 A land of stunning natural dichotomy, Chile isn’t much known for its beach culture. Although a shame, it’s easy to see why. Sure, the waters are a bit chilly, but that doesn’t make the picture perfect Cifuncho any less appealing as a beach destination. With its scenic sentinel mountains rising from the shoreline, white sand beaches and calm clear waters, it’s also easy to see why this idyllic locale attracts all manner of beach bums from sandcastle building families, to adventure-seeking snorkelers. 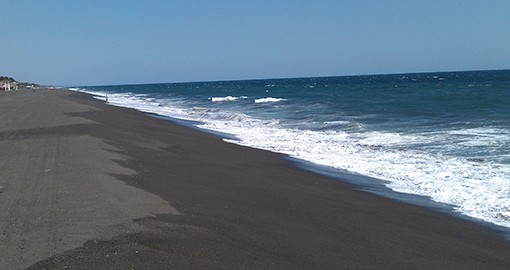 An easy day trip from Antigua or Guatemala City, Monterrico provides awe-inspiring vistas with its black sand beaches, powerful crashing waves and mountainous backdrop. Bring a pair of shoes because volcanic black sand absorbs much more heat than white sand beaches and you don’t want to burn your feet making your way to a hammock to wile away the afternoon sipping gallo and watching sea turtles pass by. Tides here are strong, so only strong swimmers should get out in the ocean very far.

If you’d like to catch some memories in Latin America, call us today to begin planning your exotic beach vacation!