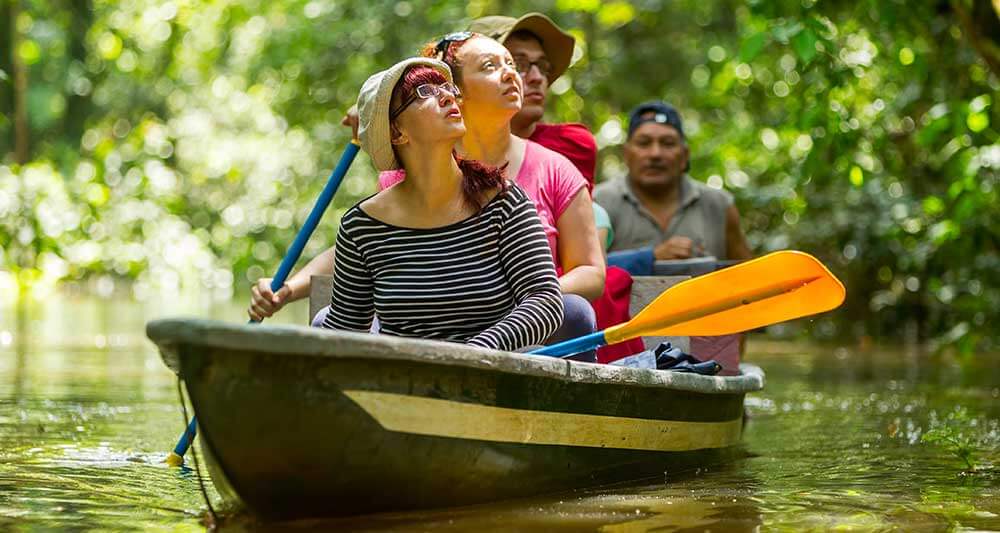 It’s the holiday season, and that means the number of Americans traveling rises some 23 percent over national annual averages, according to the U.S. Bureau of Transportation Statistics. And, that should come as no surprise since the period between Thanksgiving and New Year marks both Hanukkah and Christmas celebrations. These festive December holidays are tailor-made to spend quality time with loved ones, and many Americans have extra time off to do just that.

Another thing that’s better with loved ones are bucket list trips, so why not put that time off to good use, rally family or friends and make some memories instead of buying more stuff? December is an excellent time to visit some of the planet’s most sought after destinations— many of which are in Central and South America.

We’ve put together our favorite holiday bucket list trips, and here are our Top 10 in Latin America: 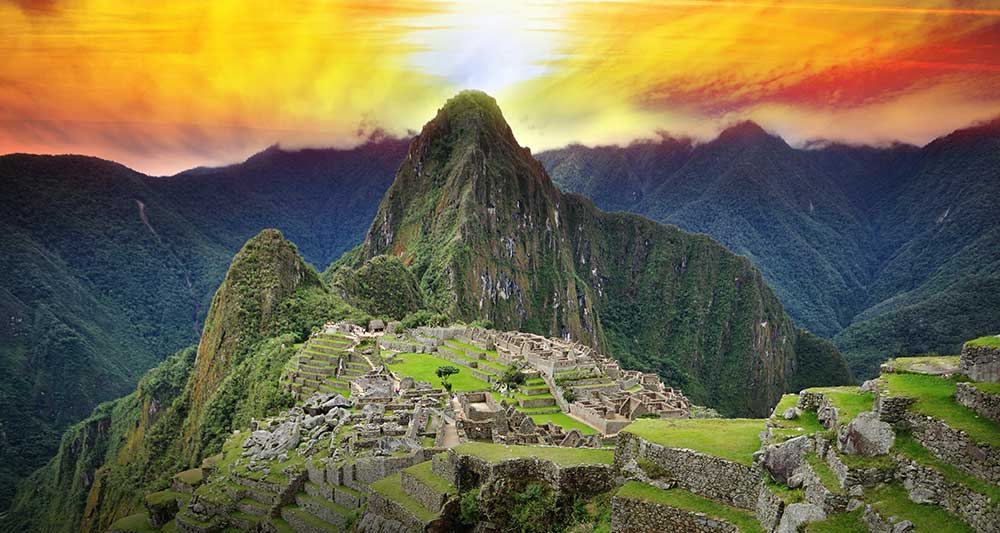 A consummate bucket list trip, Peru’s Machu Picchu also tops some pretty impressive bucket lists by Frommers, The New York Times and the U.K.’s Telegraph. This ancient citadel is one of the greatest archeological discoveries in modern times, landing it a spot on UNESCO’s list of World Heritage Sites and as one of the New Seven Wonders of the World. Although December is the rainy season, it is a popular time to visit this amazing destination before the especially heavy rains of January and February. 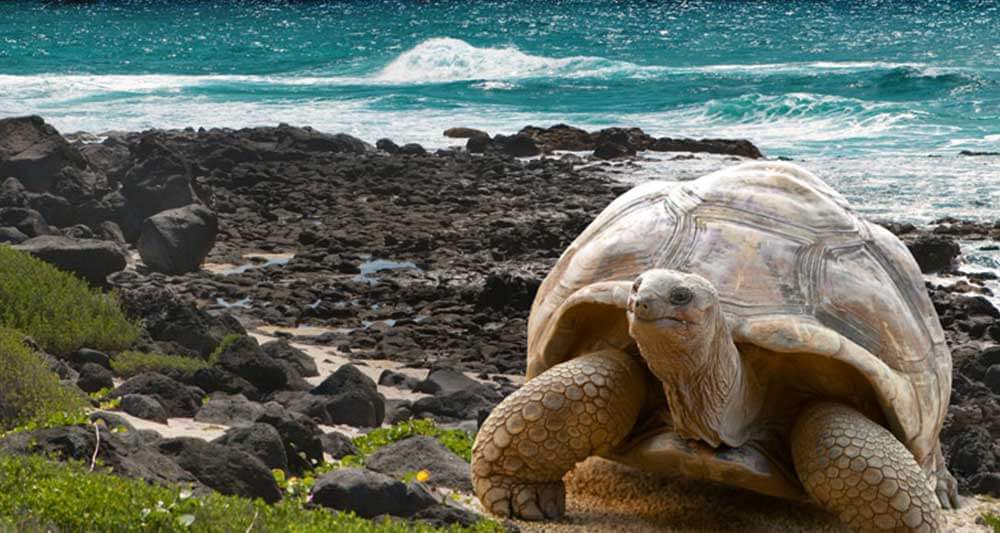 Everyone from Harper’s Bazaar to USA Today (via reader poll) have named the ecological wonder land of the Galapagos Islands the #1 bucket list trip in the world. Widely recognized as the inspiration for Darwin’d theory of evolution, the Galapagos is renowned for being one of the richest marine ecosystems on the planet with almost 3,000 marine species identified. The islands themselves also provide an abundant array of wildlife. December is considered the beginning of the warm season, making it an ideal time to travel.

Stand on the edge of Iguassu Falls 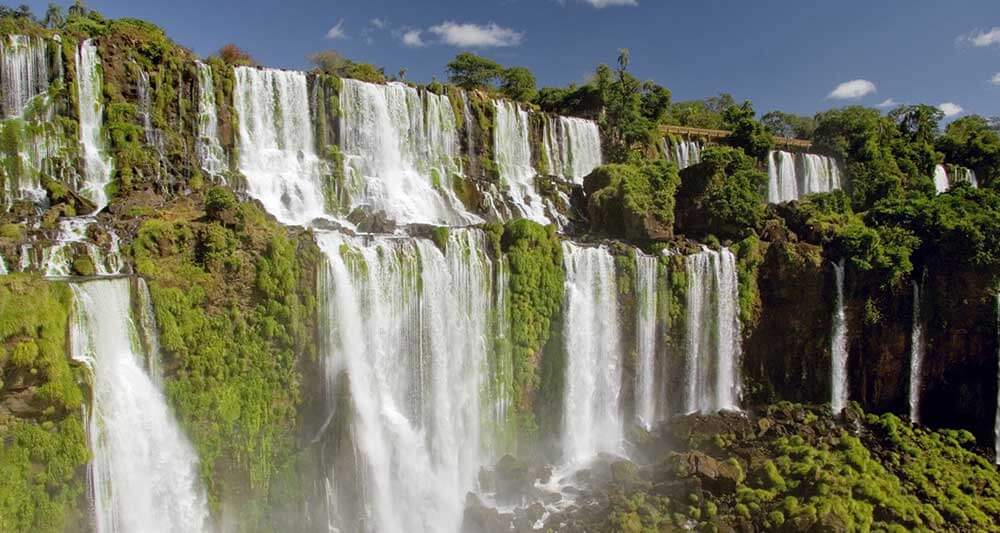 Standing 270 feet high and straddling the Brazil–Argentina border, Iguazu Falls is another of the New Seven Wonders of the World and a UNESCO World Heritage Site. With some 275 waterfalls in total, it’s also easy to see why Forbes has named it a bucket list vacation and why it’s one of our favorites. Rumor has it Eleanor Roosevelt said, “Poor Niagara,” upon seeing it, so standing on its edge is sure to give you a rush. December is summer and gets more rain, which means more water (and mist) coming over the falls. 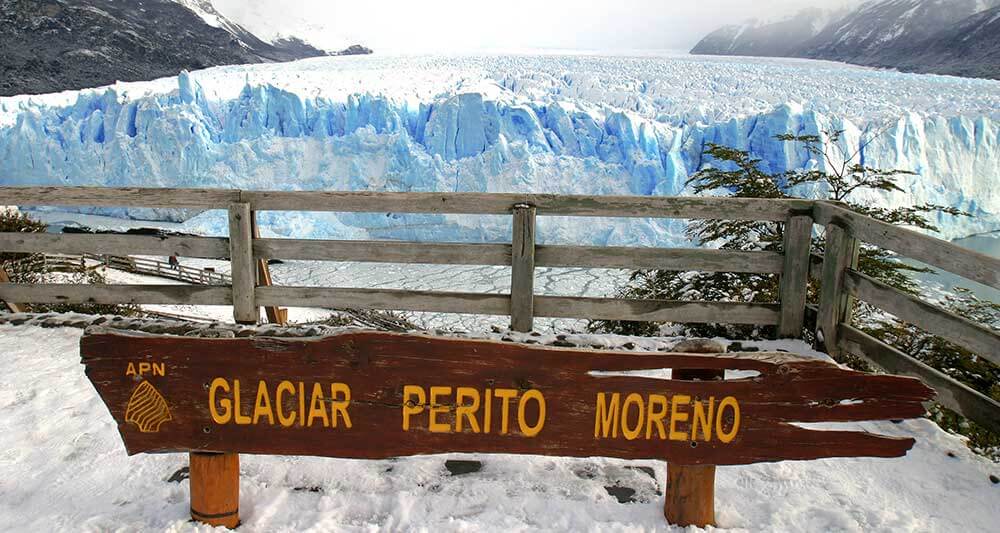 Trekking Perito Moreno Glacier goes down in the books as one of our founder’s most favorite Latin America tours. Walk along this nearly three-mile wide Argentinian glacier (one of the only advancing glaciers in the world) and marvel at its ecological wonders. Don’t miss the chance to toss back a drink over glacial ice at the end of your ice-trekking tour. Mike says its one of the most memorable moments he’s had in his travels. Weather is mild in December, making it the opportune time to explore all the Patagonian wonders. 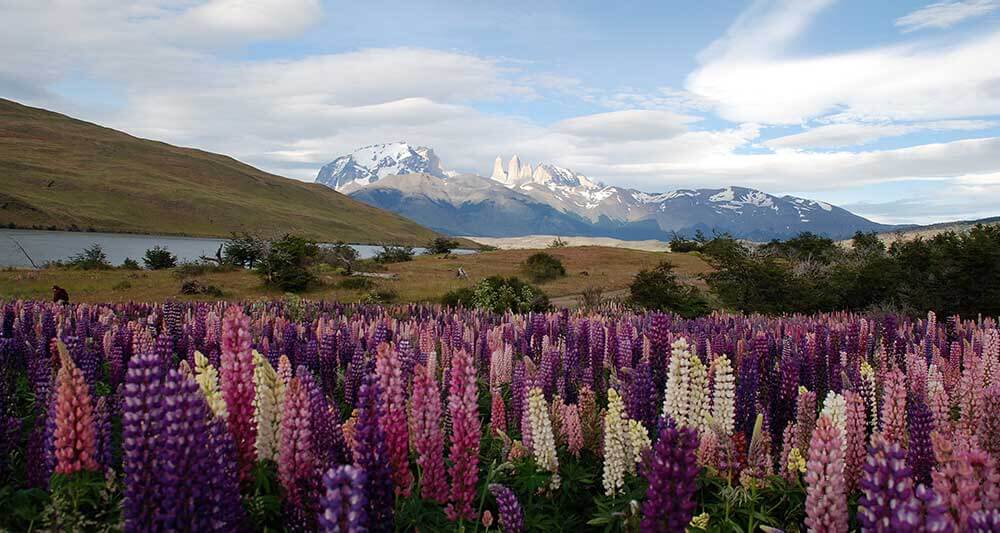 That’s right, Patagonia (and its numerous UNESCO Heritage Sites) is so good, we couldn’t help but include two destinations in our top 10 holiday bucket list trips. Torres del Paine, one of Patagonia’s most intriguing parks, tops so many bucket trip lists, it probably makes the other Patagonian parks a little jealous. Although there’s something to be said for visiting this region when the weather is a bit more frigid, December’s relatively mild weather is ideal for exploring the park and its rugged, wild and truly astounding natural wonders. 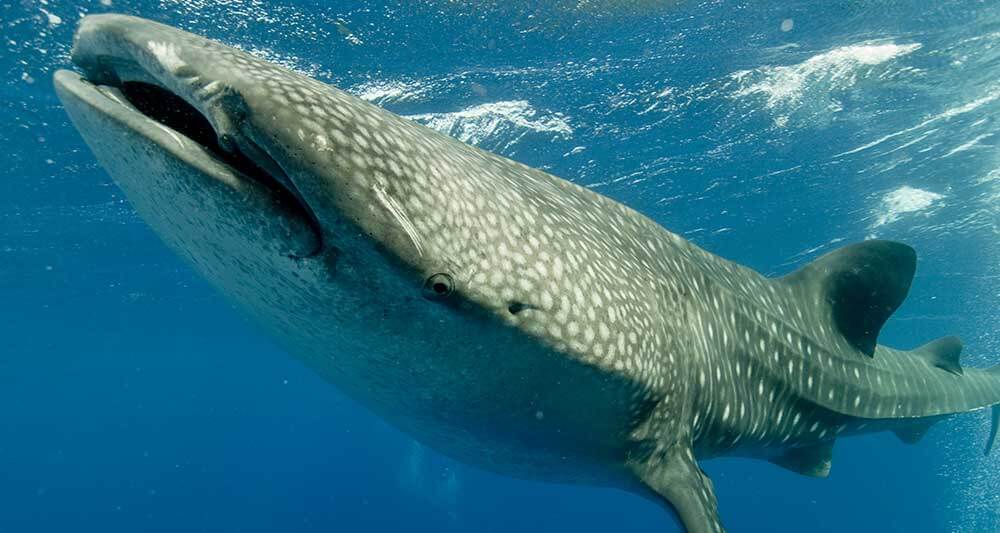 Sure whale-watching typically tops bucket lists, but why watch whales from the comfort of a boat when you could swim with gentle giants in warmer waters? Along the southern coast of Belize and northern coast of Guatemala, you can make this happen by swimming with the quite curious and totally harmless whale sharks. Although spring is high season for whale sharks, locals say you can find them around the full moon most months of the year. And, who really needs an excuse to head south in December anyway? 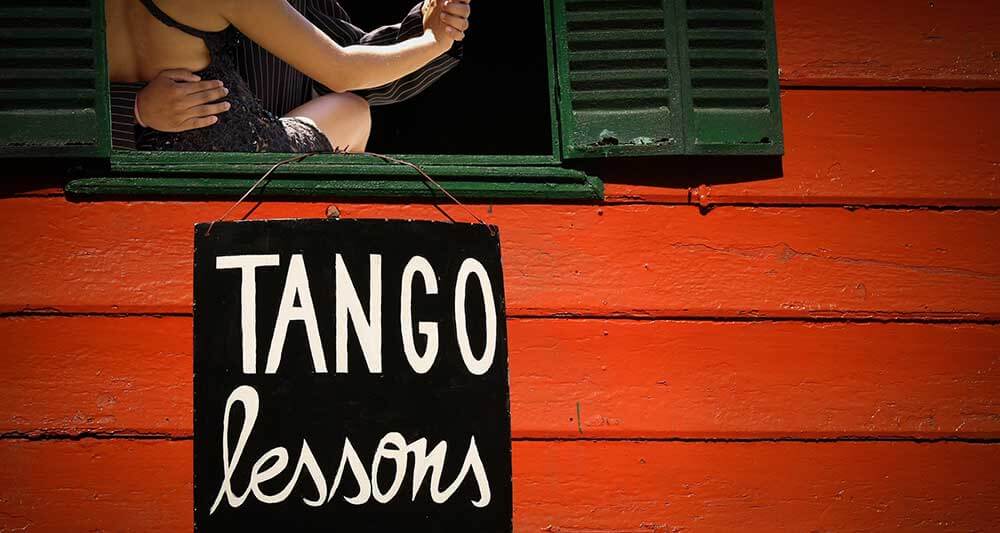 Ah, the Argentine Tango. One of the most beloved and well-known dances in the world, there is no place more synonymous with the sultry dance than Buenos Aires. Here, you’ll find tango houses, classes and nightclubs dedicated to the dance. One of the most favorite experiences is to take a lesson and then hit the town to put the practice to good use. Many instructors will even accompany you! December is spring in BA, so you’ll find mild temperatures perfect for strutting your stuff. 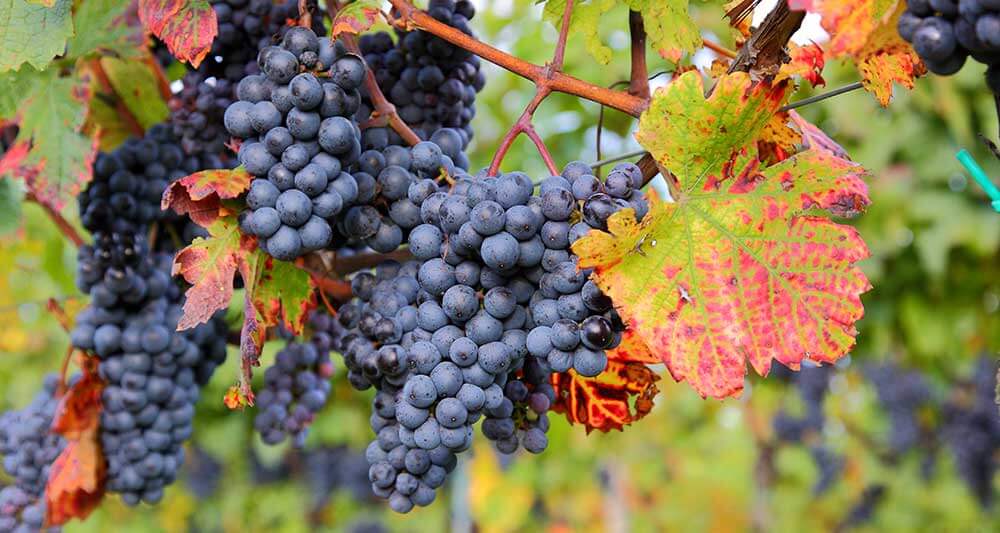 Boasting rich, aromatic wines and sprawling vineyards surrounded by abundant cultural immersion possibilities, Argentina is definitely among the very best wine tour destinations in Latin America. Mendoza is probably the most well-known of the country’s wine regions, ensuring the accommodations, dining and activities are top notch. It’s the perfect place to start indulging in wine and food travel. Although the valley is in bloom from September through November, December is a great time of year to sip wine by the pool and people watch behind those shades.

Canoe in the Amazon Jungle

The Amazon basin represents more than half the world’s rainforest and covers nearly three million square miles. What better way to see it than via canoe? An astonishing one of 10 of the world’s species can be found here, and you’re sure to see many of them up close and personal as you paddle the small tributaries of the region. Keep a look out for the adorable pink dolphins and other native wildlife as you laze away the days. December marks the beginning of high water season, which is an experience all its own. 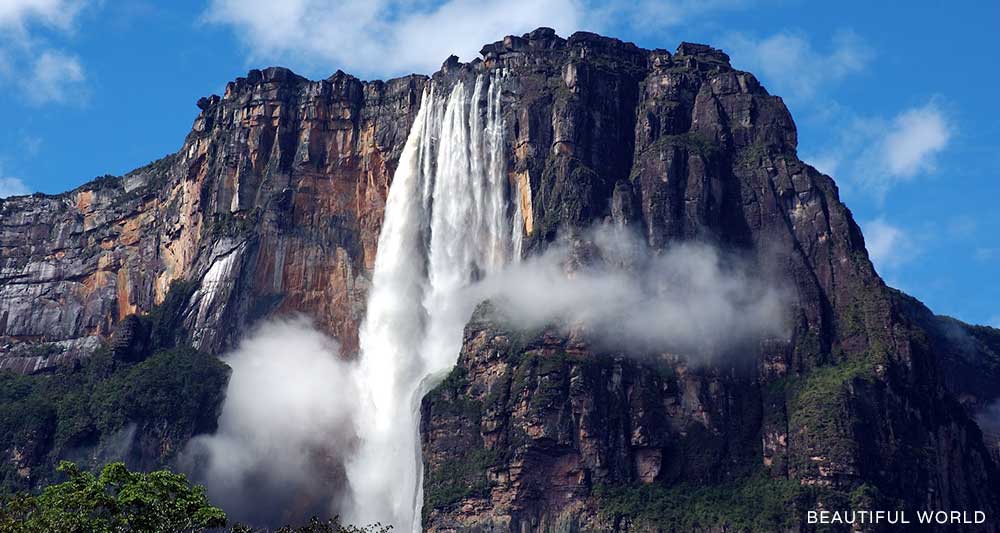 Nearly one million annual visitors make the trip to see the world’s tallest waterfall. Standing at more than 3,200 feet high, Angel Falls plummets over the top of a mountain down a sheer rock face before disappearing into a sink hole below. It’s really quite the awe-inspiring site, and a great way to see it is via airplane. December is the beginning of dry season, so heading to the falls for a winter break vacation is a great time to see it before the water evaporates to a relative trickle.

If you’re ready to start planning your bucket list trip extravaganza, contact us today to begin planning your once-in-a-lifetime trip to Latin America.