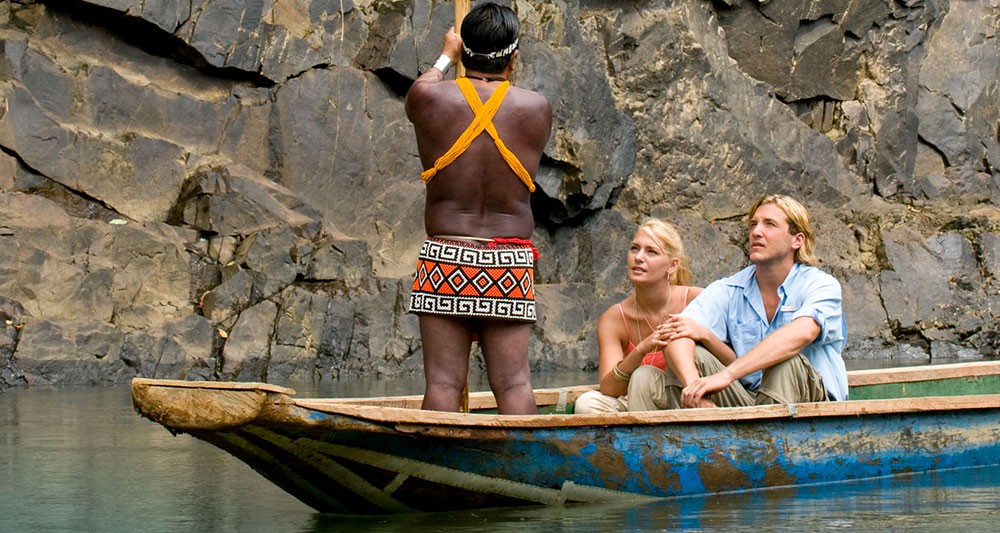 Yesterday, August 9, marked the celebration of the annual United Nations International Day of the World’s Indigenous Peoples. There are approximately 370 million indigenous people across the globe, representing some 5,000 groups across 90 countries. Indigenous peoples, sometimes referred to as First Nations, First Peoples, Native or Tribal Peoples, are one of the world’s largest minority groups, accounting for 20 percent of the global population but also 15 percent of its poor. 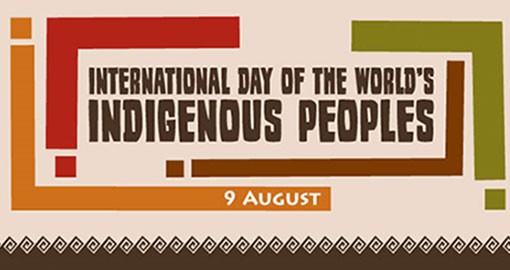 Due to the often impoverished nature and diminished civil liberties of these unique and vibrant indigenous peoples, several international reforms have been enacted to protect this vulnerable population. The first major treaty, adopted in 1989 by the International Labor Conference (ILO), was the ILO Convention No. 169. Together with the 2007 adoption of the U.N. General Assembly’s Declaration on the Rights of Indigenous Peoples (UNDRIP) framework, these reforms have become an international benchmark on the rights of indigenous peoples around the world. They provide a foundation on which indigenous peoples theoretically enjoy equal rights and may exercise control over their lands and development in line with their individual cultural identities.

Unfortunately, this framework remains largely unratified throughout the world. However, most countries that have ratified the conventions are in Latin America, making Central and South America among the very best destinations for travelers who wish to immerse themselves in native cultures that remain largely unchanged through thousands of years. In the Americas, there are roughly 40 million people belonging to nearly 600 indigenous groups— that’s almost 13 percent of the entire American (North, Central and South) population. Most of these are found in rural areas.

The 2016 International Day of the World’s Indigenous Peoples celebration is dedicated to the right to equal education in their own language and in methods that are in keeping with their own cultural teaching and learning— a central tenant of the UNDRIP that is still sorely lacking throughout the world.

Although it is impossible to cover this vast topic (or even a fraction of the hundreds of Latin American groups) in a single blog post, one wonderful way to support the indigenous cultures of Latin America is through sustainable, culturally-responsible tourism. Many of these groups offer limited access to travelers interested in the history, culture and daily life of their tribes.

Here is a breakdown, by country, of the indigenous peoples of Central and South America. Cultural travel is one of our favorite types of itineraries to develop for our clients, so we hope you’ll reach out to begin planning your next dream journey to one (or several) of these amazing destinations: 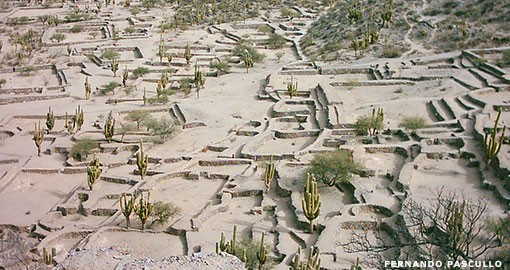 There are almost 1 million Argentinians (or nearly two percent) who self-identify as belonging to or directly descending from one of the 35 groups of officially recognized indigenous Amerindian peoples. The largest of these groups included the Aonikenk, Diaguita, Guarani, Huarpe, Kolla, Mapuche, Mocovi, Qom and Wichi peoples. Recent genetic studies have shown that more than half of all Argentines may actually have at least one native ancestor with more than 10 percent having more than one. Argentina voted in favor of UNDRIP and has ratified numerous ILO conventions and protocols.

Don’t Miss: Visiting the largest Pre-Colombian settlement in Argentina at the Quilmes Ruins. Learn about the country’s aboriginal culture with expert local guides. 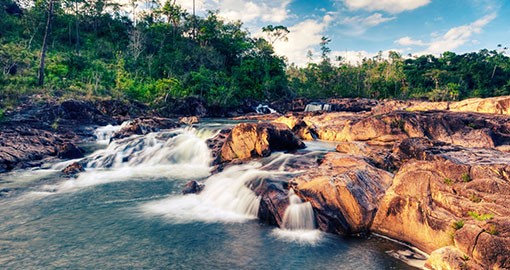 The Maya civilization in what is now the tiny country of Belize once supported up to two million indigenous peoples and some of the earliest and largest Mayan cities, including Lamanai, Caracol, Cuello and Xunantunich. Today in Belize, there only are three of the 28 Maya ethnic groups still living in Central America— the Yucatec, Mopan and Q’eqchi. But, more than half of the country’s population of 300,000 are of Mayan or one other Afro-indigenous tribe, the Garifuna, descent. Both Mayans and Garifuna are embroiled in legal battles to retain control of their lands, after the government granted a U.S. firm drilling rights.

Don’t Miss: Visiting the home of one of the last practicing Maya shamans in Belize in San Antonio village before heading out through the Mountain Pine Ridge Reserve to the largest Maya site in Belize— Caracol. Finish your day with a dip in the Rio Frio pools. 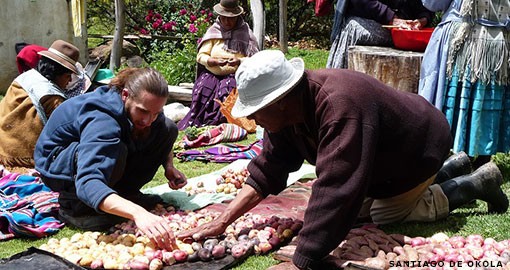 Some 41 percent of Bolivia’s population (or roughly 41 percent) claim indigenous origins from one of 36 recognized tribes. The largest groups of indigenous peoples are the Andean Aymara and Quechua peoples, but other groups include the Guarani, Moxenos and Chiquitano, among others. Bolivia is a party to ILO, ratifying numerous conventions since joining in 1991. The country also approved UNDRIP in 2007.

Don’t Miss: Trying out the Bolivian community-based homestay culture, and spend the night with a local indigenous farming family. You’ll not only have a great time, you’ll be giving back. 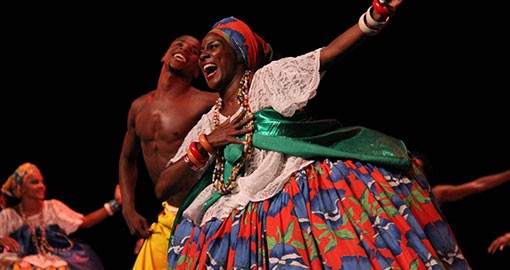 There are almost 900,000 Brazilians who self-identify as one of 305 different indigenous groups— just 0.47 percent of the country’s large population but speaking almost 300 unique languages. Only four of these groups have populations larger than 20,000 members, including the Guarani. Most have less than 500 members remaining and between 40 and 50 still live in voluntary isolation from the rest of society. Brazil has ratified the ILO and signed UNDRIP. It’s Constitution also recognizes its indigenous peoples has the natural owners of their lands and guarantees their rights to it.

Don’t Miss: Heading to Bahia to experience Afro-Caribbean culture at its very best, and see one of the most respected folk dance companies in the world, Bale Folclorico Company, perform. 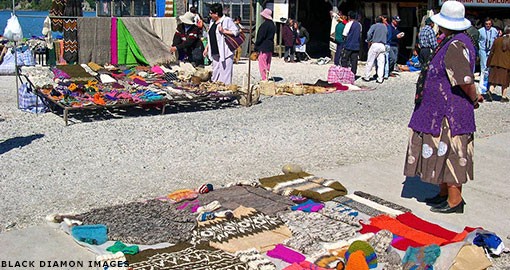 Chilean law recognizes only nine indigenous groups, but these groups encompass approximately 1.6 million people or 8 percent of the total population. These groups include The Yamana and Kawashkar in Patagonia, the Mapuche in Wallmapu, the Rapa Nui on Easter Island, and the Andean tribes of Aymara, Colla, Diaquita, Lickanantay and Quechua. The Mapuche are the largest indigenous ethnic group at 84 percent. Although the ILO was ratified by Chile in 2008 and subsequent laws have been enacted, the country’s Constitution does not recognize indigenous rights and many feel these laws do not meet international standards.

Don’t Miss: Shopping for traditional handicrafts, including wollens and baskets, on the island of Chiloe. It’s intriguing mix of native, Jesuit and Spanish history make for a unique experience. 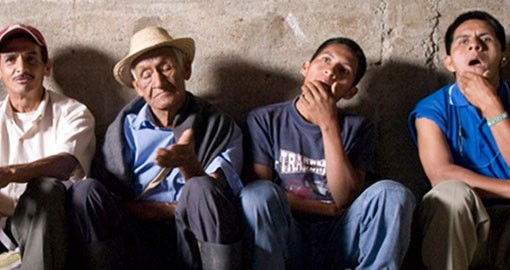 Colombia is home to 1.5 million indigenous residents living primarily in the rural Andes, Guajira, Amazonia and Orinoquia. Only a little more than 3 percent of the its citizens are of indigenous origins, and some of these vulnerable tribes are on the verge of extinction. Additionally, of the 65 distinct Amerindian languages spoken throughout Colombia, five are recognized as dying, with another 19 classified as “in serious danger” of disappearing as well. Colombia supported UNDRIP and ratified the ILO. There also is more recent legislation on the books designed to protect indigenous culture in this amazing country that’s only recently becoming a hotspot for international tourism. 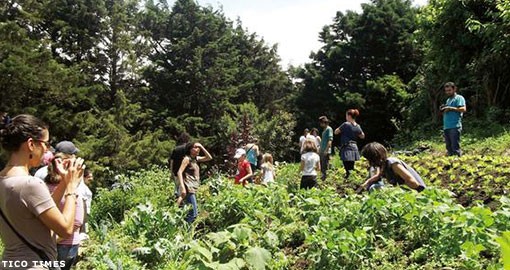 With only a little more than 104,000 Ticos self-identifying as indigenous, Costa Rica has one of the smallest indigenous populations— just 2.5 percent of its 4.5 million residents. This small group belong to one of eight indigenous groups that are of either Chibchense (Huetar, Maleku, Bribri, Cabécar, Brunca, Ngobe and Teribe) or Meso-American (Chorotega) heritage mostly live in one of the country’s 24 indigenous territories but continuously suffer encroachment by non-indigenous citizens. Although Costa Rica ratified ILO and voted in favor of UNDRIP, it does not constitutionally recognize its diversity and continues to deny its First Nations the right to consultation.

Don’t Miss: Having lunch or dinner and a sleepover at a local farmer’s home to meet the family and see the more humble and traditional side of Costa Rica’s glistening tourism-based economy. 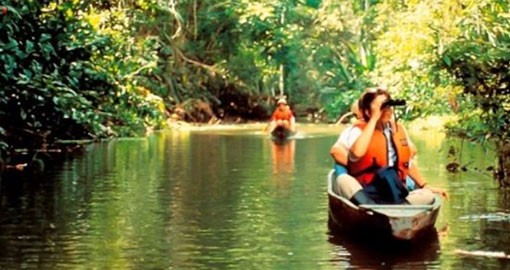 Ecuador has undergone a series of reforms in recent years in an effort to bolster the territorial rights and cultural integrity of its 1.1 million indigenous residents of 14 different ethnic groups, including extremely vulnerable Amazon tribes such as the A’i Cofán, Epera, Manta, Sápara, Shiwiar, Siekopai and Siona, as well as larger groups like the Andean Kichwa. Although Ecuador ratified the ILO, voted in favor of UNDRIP and recognizes constitutional rights designed to protect these groups, indigenous rights often run afoul of foreign industry and investments into such commodities as oil and gold.

Don’t Miss: Going on a silent canoe ride through the flooded Amazon with native guides to regale you with stories of the wildlife and ancient customs. 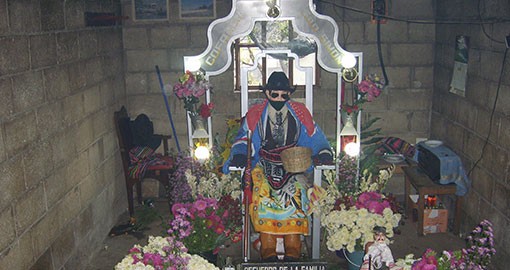 With 60 percent of its population comprised of indigenous peoples, Guatemala boasts one of the highest native populations in all of Latin America— more than 6 million. Despite these large number across any groups, including the Itza, Mopan, Q’eqchi, Garifuna and about two dozen other tribes, these peoples remain nearly three times poorer with much lower life expectancies than their non-indigenous counterparts. Their children also have much less access to higher education, with only 5 percent of the country’s college students identifying as indigenous. Guatemala was among the first to ratify the ILO and voted in favor of UNDRIP.

Don’t Miss: Visiting Zunil, where locals still worship Maximon, to witness the unique blend of indigenous religion with Catholicism. You’ll even get to meet the local resident where the Maximon idol currently is residing. 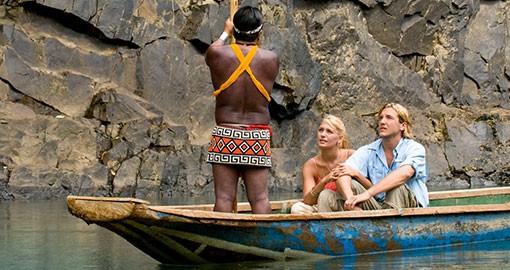 At nearly five percent of Panama’s total population, there are more than 285,000 indigenous residents in the country. Half of these are either Guaymi or Ngobe-Buglé, with the remaining indigenous peoples belonging to groups such as the Bokota, Embera, Kuna, Talamanca, Teribe and Wounaan. While some natives speak Spanish, there also are at least eight additional traditional languages spoken throughout Panama. The country has ratified many conventions of the ILO and voted to adopt UNDRIP at the original conference.

Don’t Miss: Visiting the Embera Indian village along the Rio Gatun and talk with the chief himself about the history of the tribe. A traditional meal, cooked by the tribal women, and traditional dancing are highlights on this trip. 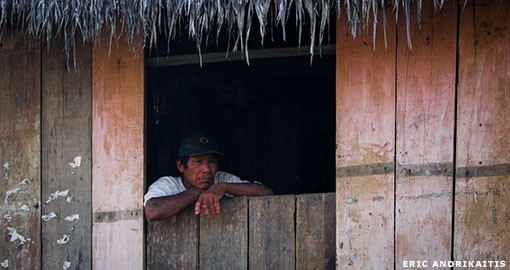 With its large population of 28 million, it’s not surprising almost four million Peruvians belong to one of 55 different native groups— that’s 14 percent of the total population. Most indigenous Peruvians are Quecha (83 percent), while smaller percentages are Aymara and Ashaninka (11 and 2 percent, respectively). The remaining four percent of indigenous Peruvians belong to the other 52 groups in the Amazon region and are dispersed into more than 1700 communities. Although Peru ratified the ILO and voted in favor of UNDRIP, nearly 20 percent of its indigenous population can’t read or write (and that number rises to almost 30 percent for women and girls) and there are ongoing land conflicts primarily around externally-funded industries like mining.

Don’t Miss: Traveling by skiff to the indigenous village of Puerto Miguel, where you can interact with native people from one of the most remote parts of the entire world to learn about their customs and folklore. 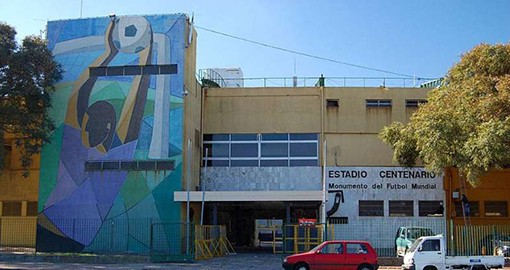 Although Uruguay often is said to be the only Central or South American country without an indigenous population, recent studies have shown there are remaining residents who are full-blooded descendants of the ancient Charrua people. This semi-nomadic tribe lived in Uruguay but was subject to genocide in the 1800s. Today, their warrior spirits lives on in the country’s culture, which visitors will see on the soccer pitch, as well as in everyday conversation about life’s challenges.

Don’t Miss: Honoring the spirit of the Charrua people by catching a soccer match at The Centenario, which was built for the first ever World Cup in 1930.

If you’re ready to experience the daily life and customs of these truly amazing peoples, contact us today to begin planning your next vacation to Latin America.

*Facts and Statistics pulled from the International Work Group for Indigenous Affairs.