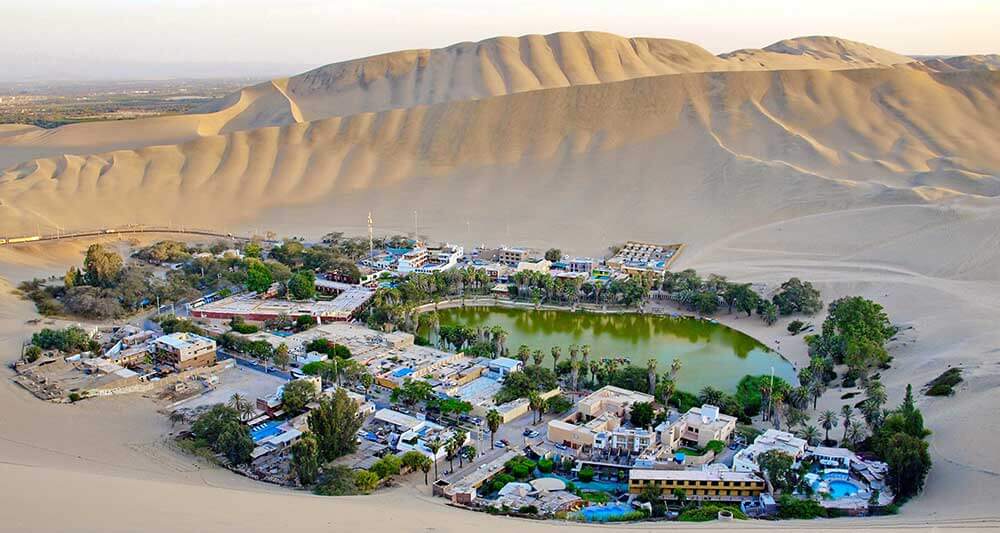 Our trip designers shared their list of the top 17 Must See Latin America Cities. It’s 2017, and there’s a whole world waiting out there! Why not make a resolution you actually want to keep? Now, that’s a Happy New Year!

As we bid adieu to 2016 and usher in a new year, there’s never been a better time to begin planning where your 2017 travels will take you. Whether you’re in need of a relaxing beach vaca, a non-stop jaunt through hip hotspots or an authentic immersive culture experience, there’s a Latin America destination that can provide you with whatever your heart desires.

We’re all about travel inspiration, so here are our 17 Must See Latin America cities for 2017: 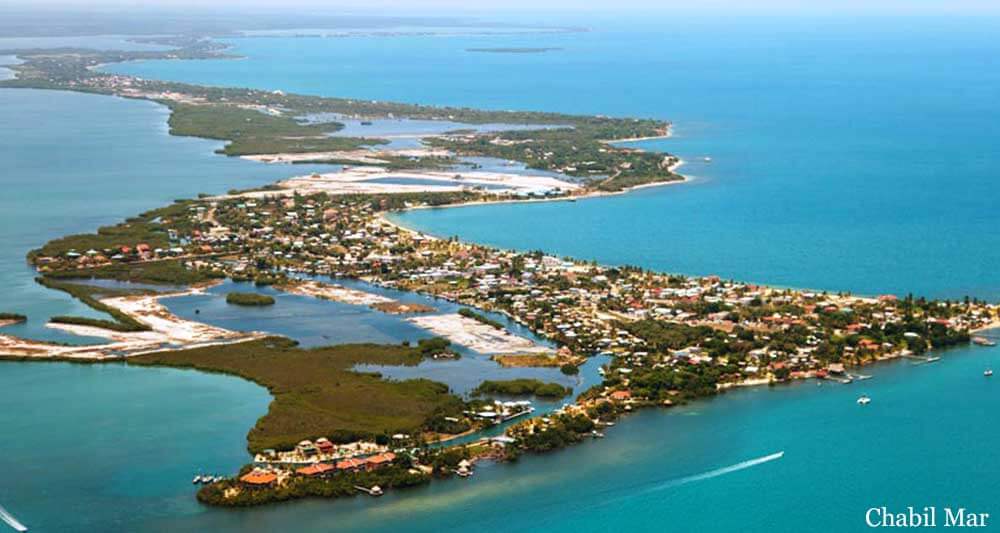 Why head to the islands when there’s an idyllic beach paradise on the mainland? Placencia, located in the Stann Creek district of Belize, has been slow to hit the tourist radar, making it the perfect getaway for those seeking a bit more solitude along 16 miles of golden sand peninsula. One part quaint hamlet and one part artsy sun-soaked village, Placencia is utterly charming— if a little tumbledown around the edges. 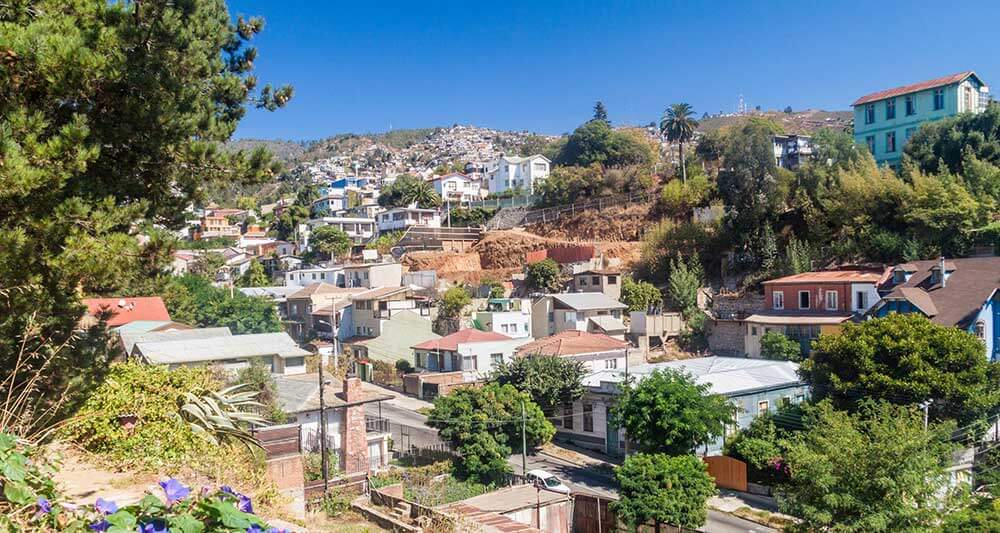 The colorful Bohemian port city of Valparaiso is a UNESCO World Heritage Site known as the “jewel of the Pacific.” It’s long been an important trade center and boasts a vibrant and alluring character just begging to be discovered. From abundant street art and unique architecture, to delectable cuisine and a thriving café culture, Valparaiso, Chile is the kind of place you’ll never want to leave. Plus, don’t miss the playful sea lion colony you can see from shore. 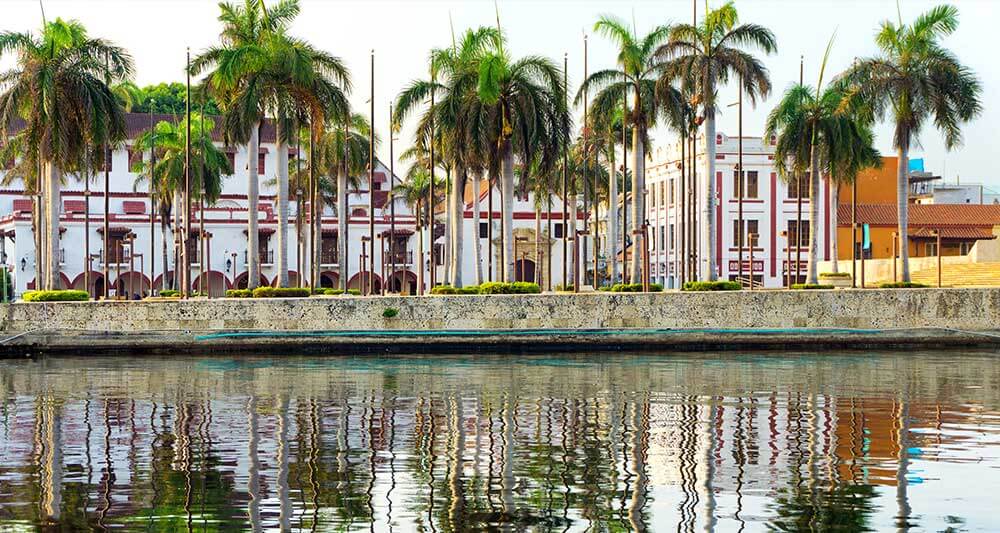 Dating to 1533, Cartagena, Colombia is a city seemingly frozen in time where you can stroll cobblestone streets, stay in palatial Colonial-era hotels, do a bit of shopping in trendy boutiques and explore a vibrant nightlife scene all within the walled Old Town. Sometimes referred to as “the emerald city,” Cartagena is a UNESCO World Heritage Site and one of the top destinations in the world right now. You won’t want to leave the romantic vibe of this old world jewel. 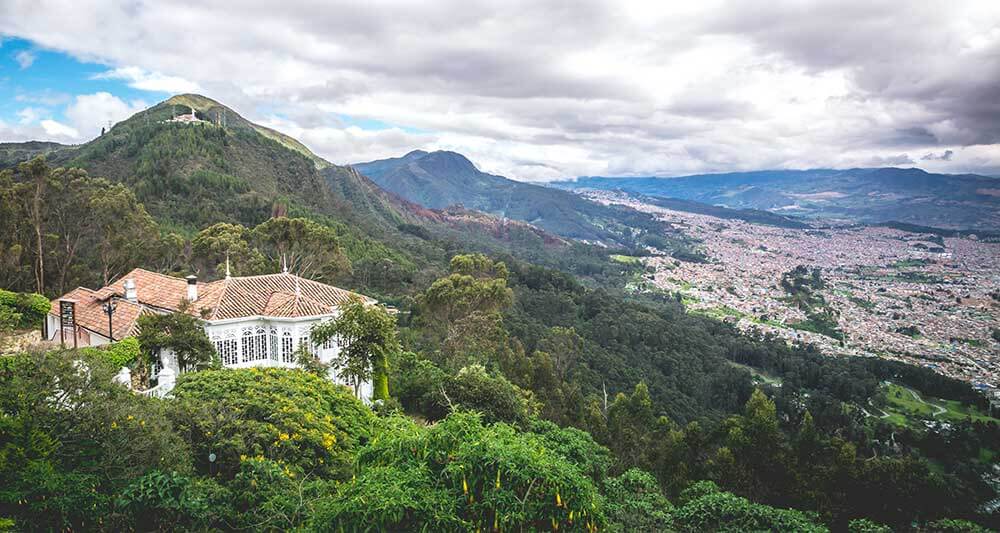 The modern metropolis of Bogota is a total dichotomy to Cartagena, making a stop here a great way to get a glimpse of Colombia across the ages. Bogota is the fastest growing city in Latin America with a rich culture that has earned the nickname “Athens of South America.” Activities in this bustling city are as diverse as its many distinct neighborhoods, so there is something for everyone to enjoy. One of our favorites is a walking tour of historic La Candelaria. 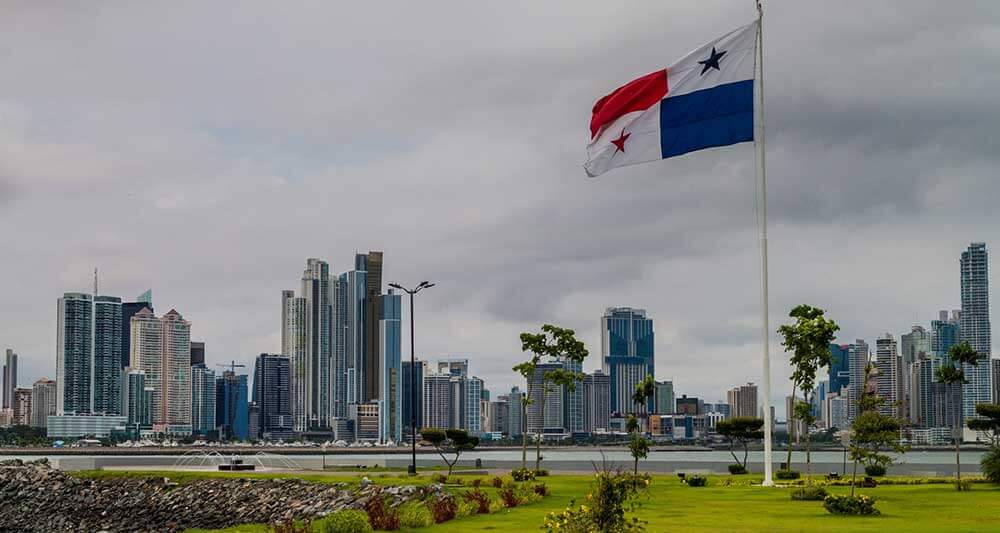 Believe it or not, Panama City, Panama actually is older than even Cartagena. Founded in 1519, Panama City today is a contemporary and cosmopolitan place that still manages to maintain a strong sense of history not only in neighborhoods like Casco Viejo but throughout the city. Many visitors choose to stay in Panama City for its easy proximity to a huge number of regional day trips, but ignoring the lively city itself (and its truly idiosyncratic energy) is a mistake you’ll certainly regret. 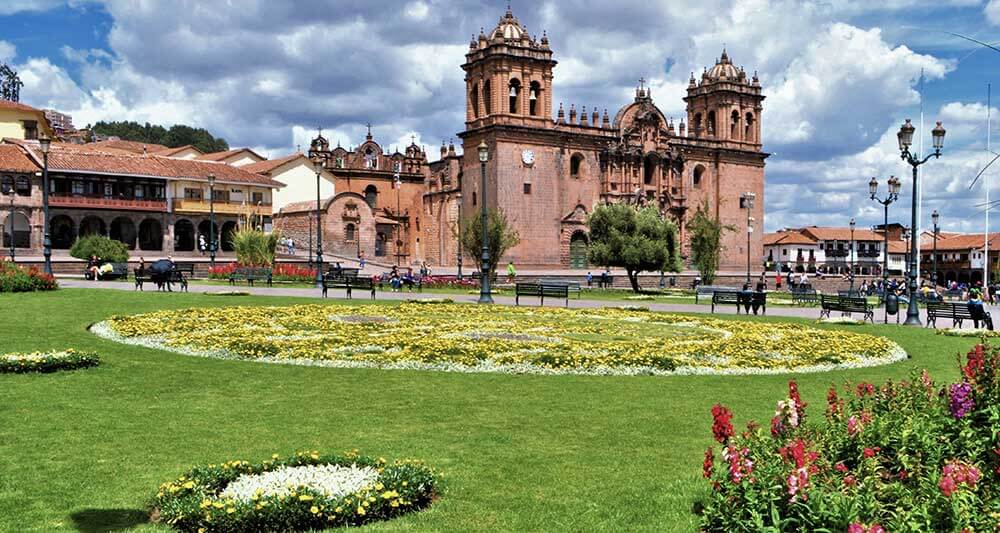 Settled at the heart of Peru’s Sacred Valley, Cusco is one of those rare places in the world that make it utterly impossible not to fall in love with every brick, smell, taste and moment spent within its borders. It’s an enchanting imperial city with UNESCO status and an authentic history visitors can actually see and touch firsthand. While there, be sure to try some of the renowned Peruvian cuisine, and head on up to Sacsayhuaman to see the city built in the shape of a jaguar from above.

Like a scene from a Star Wars movie, Huacachina emerges from amidst massive Peruvian sand dunes like some sort of desert oasis. If it’s adventure you’re after, you’ll love the dune buggy and sand board tours, but the town’s Huacachina Lagoon provides the perfect spot for an afternoon dip (the waters are believed to have healing properties and there may be a mermaid), as well as the setting for a number of bars and nightclubs for when the sun goes down. 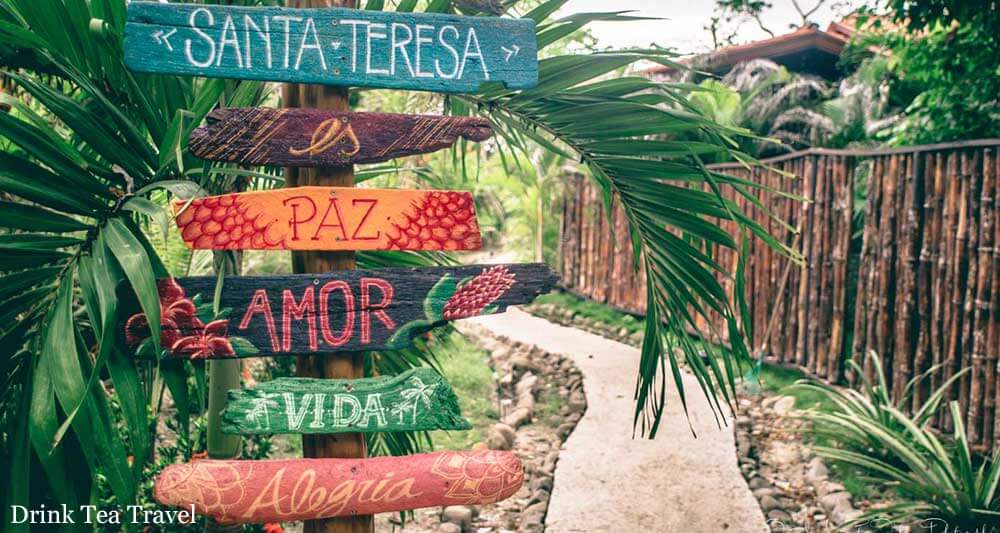 The sun shines off the twinkling waters and golden sands on Costa Rica’s Nicoya Peninsula most of the year, and a veritable treasure trove of wildlife roams free. Santa Teresa proper is an up-and-coming town populated by both Ticos and foreign travelers who came for vacation and never left. It’s an artsy, off-the-beaten path enclave that will re-affirm all that is good in life and quickly get you back in touch with yourself— if you can find your way to this hard-to-reach destination. 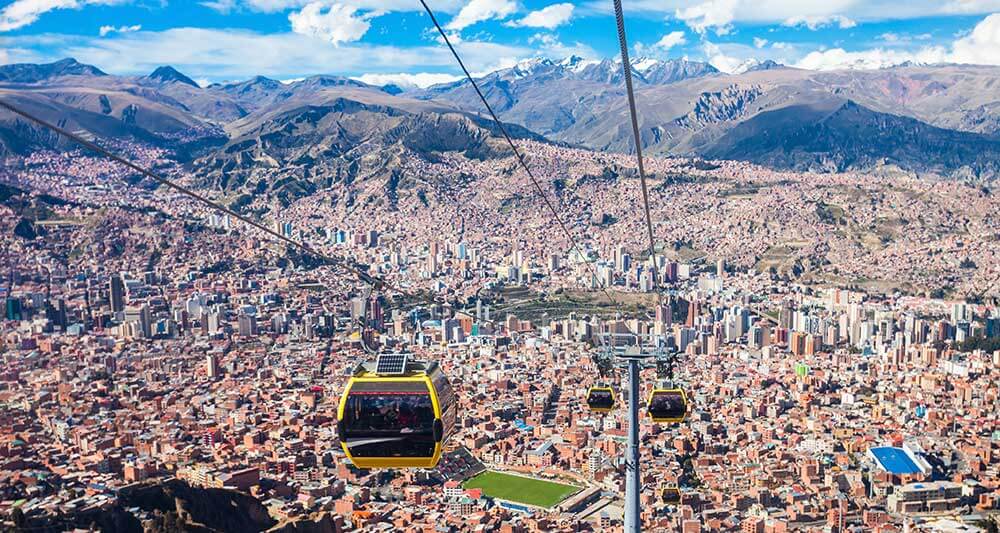 Somewhat roughshod and ramshackle, visitors to La Paz, Bolivia quickly find its gritty aesthetic melds with a friendly people to make it a mesmerizing destination. Here, high-rise offices meet traditional dress and authentic culture in Bolivia’s capital city. Head to the high street for a mix of trendy and traditional shopping and cuisine, or explore the indigenous culture of the city in the sky at the Witches Market or the close by UNESCO World Heritage Site of Tiwanaku. 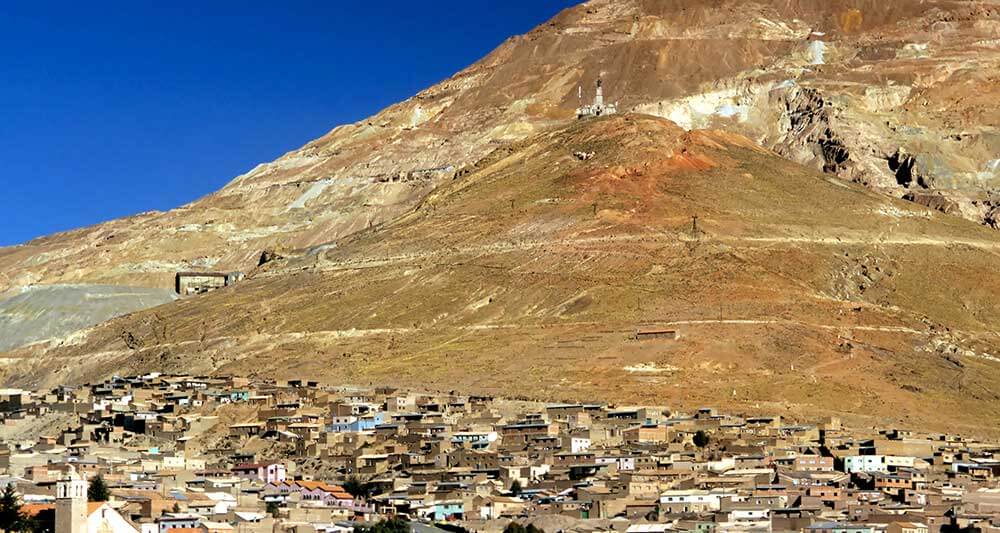 Potosi, Bolivia is the world’s highest city, so get ready to acclimatize before heading out to enjoy all this captivating city has to offer. Once a massive mining town that enjoyed tremendous wealth, the Potosi of today boasts rich Colonial architecture, tours of the old mines and some pretty spectacular museums, including the National Mint. For lovers of classical churches, there are numerous examples of 16th century cathedrals and convents to explore. 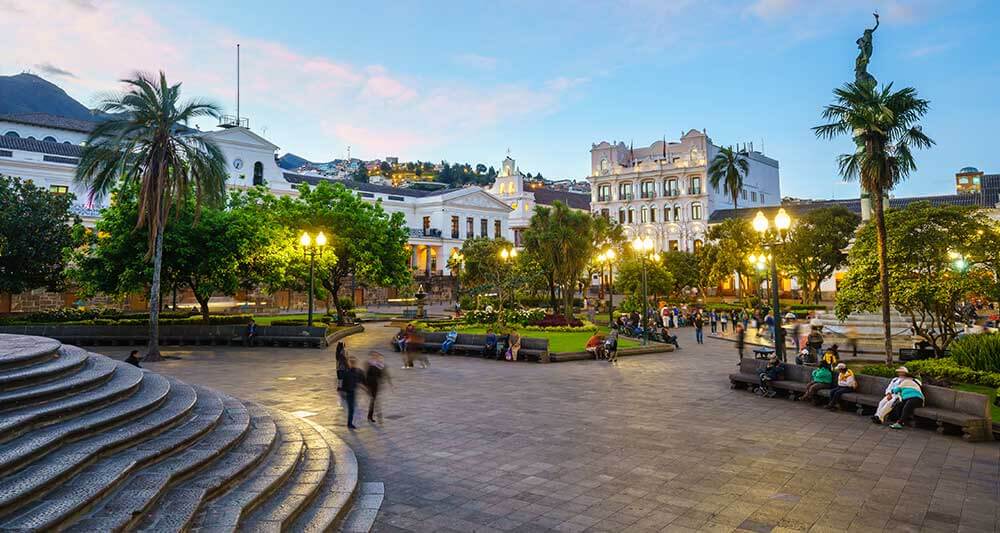 For many, Ecuador conjures bucket list dreams of the Galapagos Islands, but no one should make the trip to this beguiling country without stopping for a few days in Quito. It’s the world’s highest capital city, and many say its old town is the best preserved in the Americas. Be sure to sample the tasty wares of the city’s many street vendors and stop off at Plaza Grande to see some of the most spectacular Colonial architecture available anywhere. There’s even a gothic basilica here. 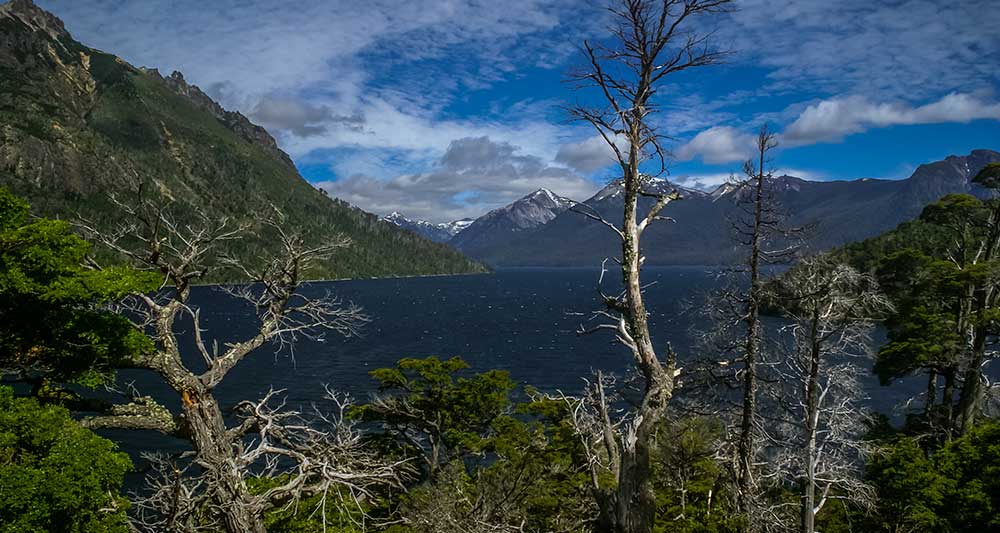 They say Bariloche is one of the most beautiful cities in all of Argentina but many see it only in passing en route to Patagonia. Nestled on the shores of Huapi Lake in the Andean foothills, this sweet little city feels like you may have landed in a Swiss mountain town instead of South America. While here, be sure to try the beer, the berries and the decadent chocolate produced in the region. 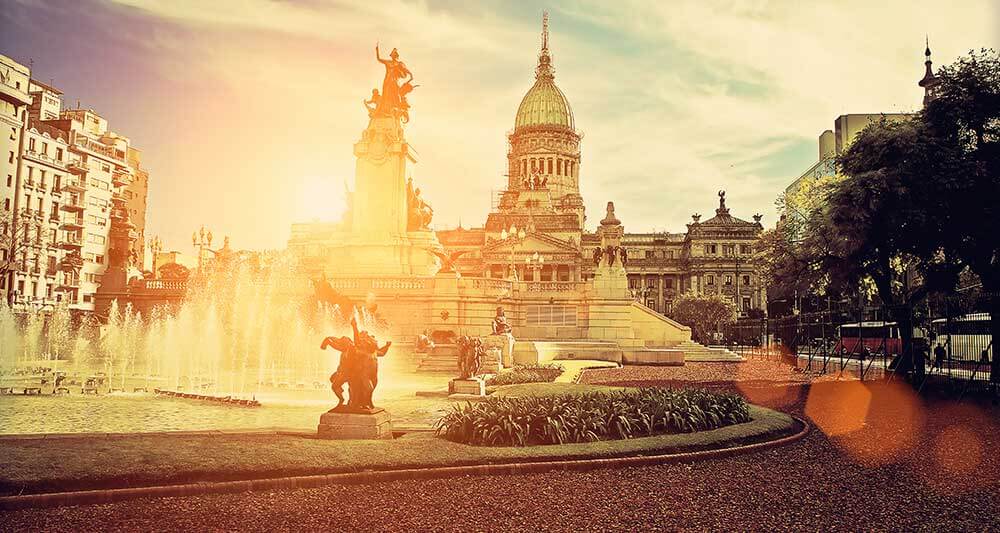 You may have heard Buenos Aires, Argentina described as the “Paris of South America,” and that’s because this prosperous city is home to some of the highest culture in all of Latin America. From trendy shops, haute cuisine and high brow art galleries, to a renowned theater scene, extraordinarily educated citizenry and outstanding architecture, Buenos Aires oozes European sophistication and South American joie de vivre. While there, why not hop across the bay to Uruguay’s Montevideo and get an alternate take on this region’s cosmopolitan port charisma.

Technically, Jose Ignacio and Punta del Este, Uruguay are two distinct beach towns roughly 40 minutes apart, but if you’re going to make the trip to one you really should experience both. Punta del Este took off first, attracting the glitterati to its Euro-inspired shores for an exclusive getaway destination unencumbered by bothersome paparazzi. Jose Ignacio soon followed suit, and both former fishing villages today are jet set havens that still feel welcoming to everyone else. Punta is a bit busier and more flashy, while Jose Ignacio still largely encourages a leisurely (if fashionable) lifestyle. 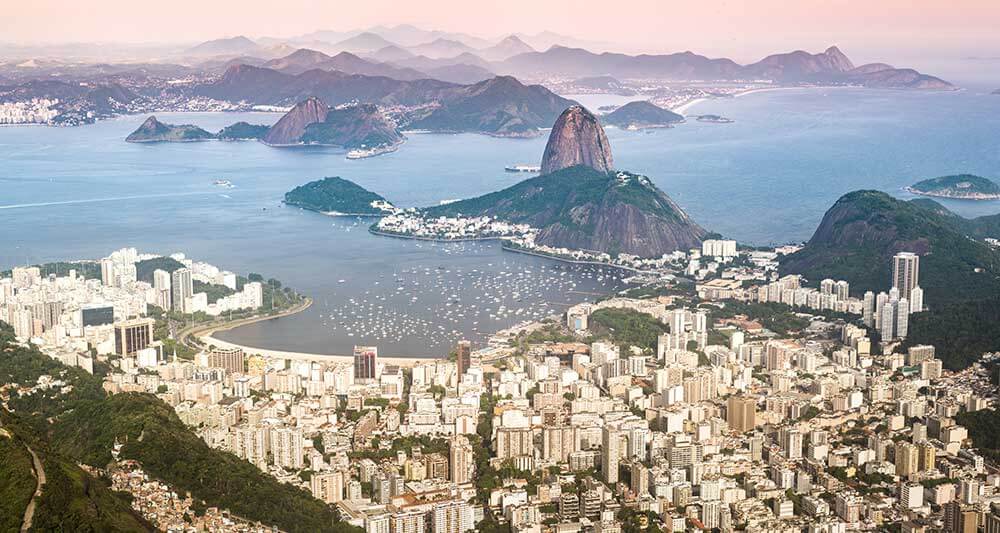 Beaches, beach bodies, tiny swim suits and perhaps the most energized city in the world. There’s just something about this hectic city on the bay that breathes new life into everyone who steps within its borders. Popular tourist attractions include Christ the Redeemer, Ipanema Beach, Sugar Loaf Mountain and Copacabana Beach, but there are plenty of other things to do in Rio that are a bit off the standard circuit. One of our favorite things is eat our way through Rio, Brazil. For a list of our favorite eateries, check out our blog post on the topic. 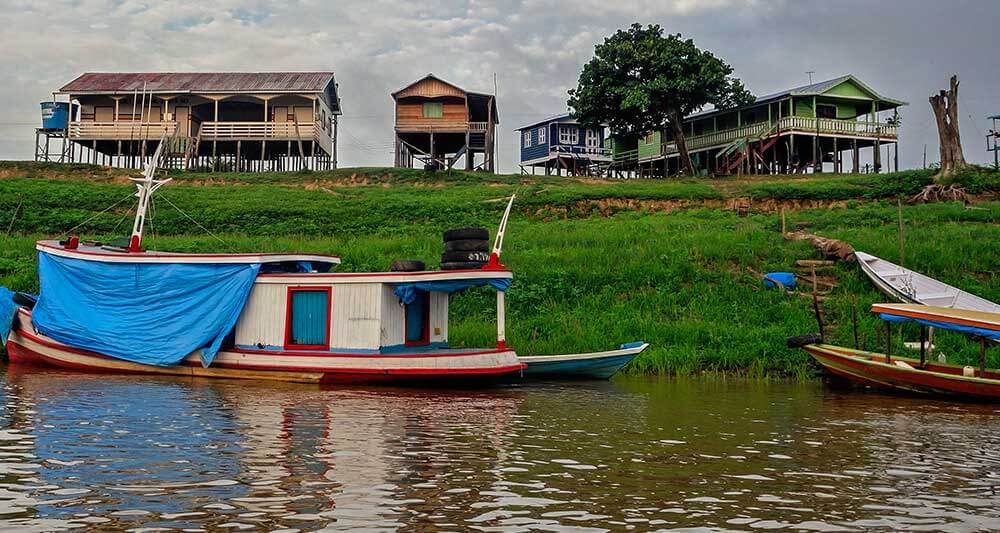 Manaus is the gateway to the Brazilian Amazon and a popular destination to begin your Amazon adventure. Visitors often are surprised to see Manaus is a bustling metropolis with an intriguing mix of high rise office buildings and artisan craftsman shops selling handmade wares. Before you head out into the rainforest, be sure to make time to do a bit of shopping, taste the local cuisine (preferably from a street vendor), see the largest water lily in the world and check out some of the standout architecture dotted throughout the city. 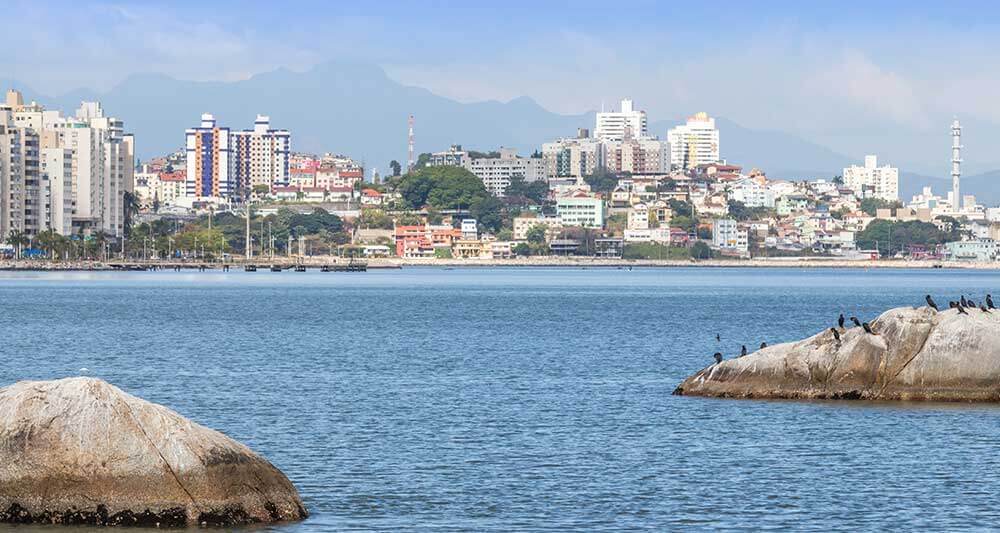 Affectionately called Floripa by locals, Florianopolis boasts some of the highest quality of living anywhere in the world. It’s a popular vacation destination for Brazilians but less known to international tourists, making it an ideal spot to spend a few days on your Brazil getaway. The beaches in this sub tropical destination are a major draw and are magnificent for an array of water sports, but you won’t want to miss the old town’s Colonial history, cobblestone lanes and quaint locally-owned shops.

Sure you might not be able to tour the whole list in 2017 (that’s pretty ambitious), but why not start planning today? To discuss your 2017 itineraries (and beyond), contact us and begin designing your once-in-a-lifetime trip to Latin America.