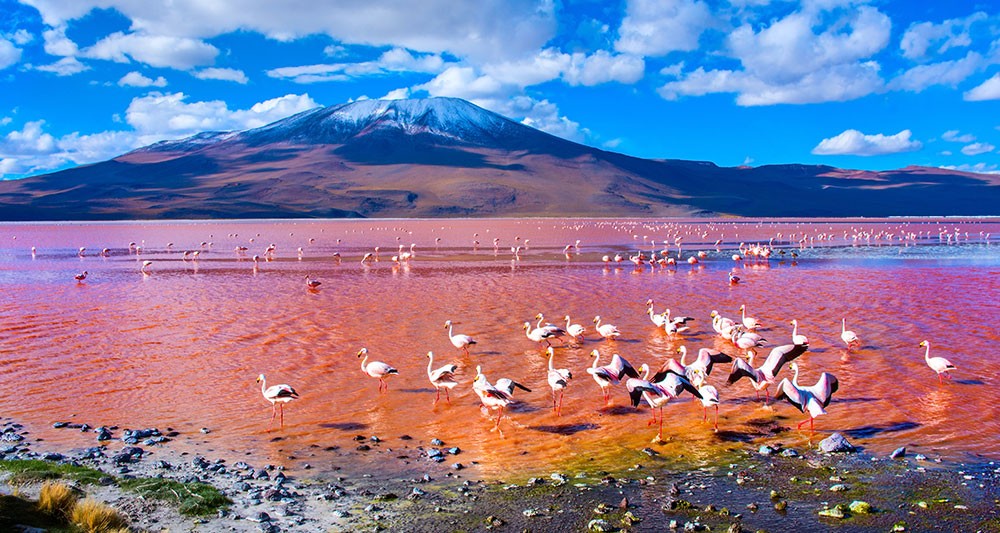 Earlier this week, the world celebrated the International Day for Biological Diversity (IDBD). This event, held annually since 1993, was created by the U.N. General Assembly “to increase understanding and awareness of biodiversity issues.” Although the day originally was commemorated in late December each year, it was moved to May 22 some years later due (at least in part) to difficulties surrounding a date so close to winter holidays for many countries. May 22 was selected to honor the Convention text adoption on May 22, 1992.

Each year, a theme is selected to acknowledge International Day for Biological Diversity. The 2017 theme is Biodiversity and Sustainable Tourism. As we’ve mentioned previously, we’re big advocates of sustainable tourism here at VIP Journeys, so of course we wanted to share our favorite biodiverse locations where you can find truly sustainable tourism. What’s more, 2017 also has been proclaimed the International Year of Sustainable Tourism for Development by the United Nations, so there’s never been a better time to highlight the incredible biodiversity of Latin America.

According to IDBD, biodiversity… “provides an important foundation for many aspects of tourism. Recognition of the great importance to tourism economies of attractive landscapes and a rich biodiversity underpins the political and economic case for biodiversity conservation… A well-managed tourist sector can contribute significantly to reducing threats to… key wildlife populations and biodiversity values through tourism revenue.”

We couldn’t agree more! Lucky for us, Latin America is absolutely rife with biodiversity. In fact, many of our Top 10 Most Biodiverse Places in Latin America hold top spots in the world and not just in the Americas. Brazil, Colombia, Peru and Ecuador, in particular, regularly claim spots in the Top 10 on Earth with Venezuela and Bolivia not far behind!

Here are our Top 10 Favorite Biodiverse Places in Latin America: 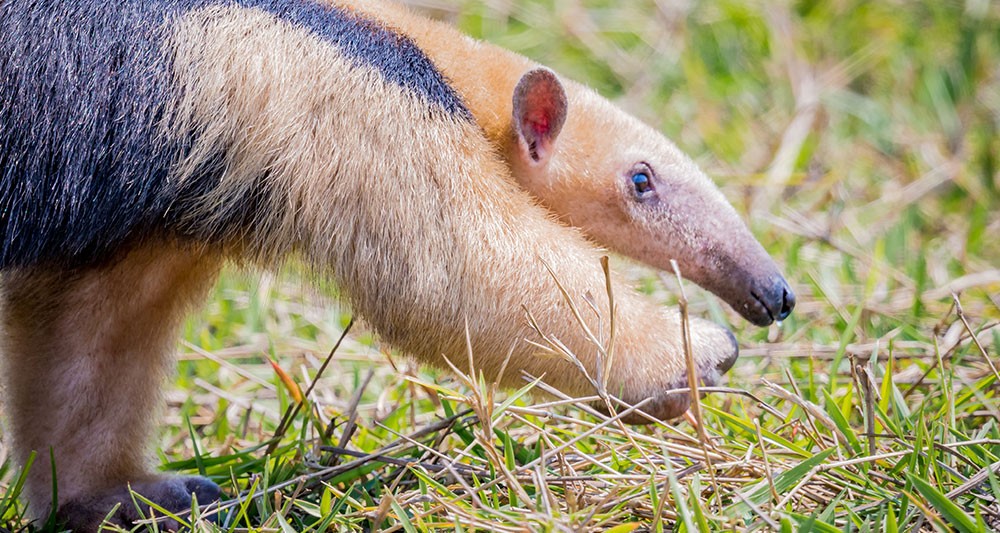 Brazil is a hotbed of biodiversity, boasting a full 20 percent of the world’s fresh water, the largest wetland on Earth in the Amazon and a 0.85 on the Biodiversity Index (BioD Index). In fact, it’s one of only 17 countries in the world designated as “MegaDiverse.” Here, you’ll find nearly 40,000 plant species, as well as 1,900 species of bird, more than 700 species of mammal, almost 1,000 amphibian species and 750+ species of reptile. Although the Amazon is the main reason for Brazil’s astounding BioD Index rating, the Amazon Basin extends beyond Brazil’s borders and doesn’t account for all the biodiversity found within them. Still, the Amazon (especially in the Pantanal) is an excellent place to begin exploring the biodiversity of Brazil. 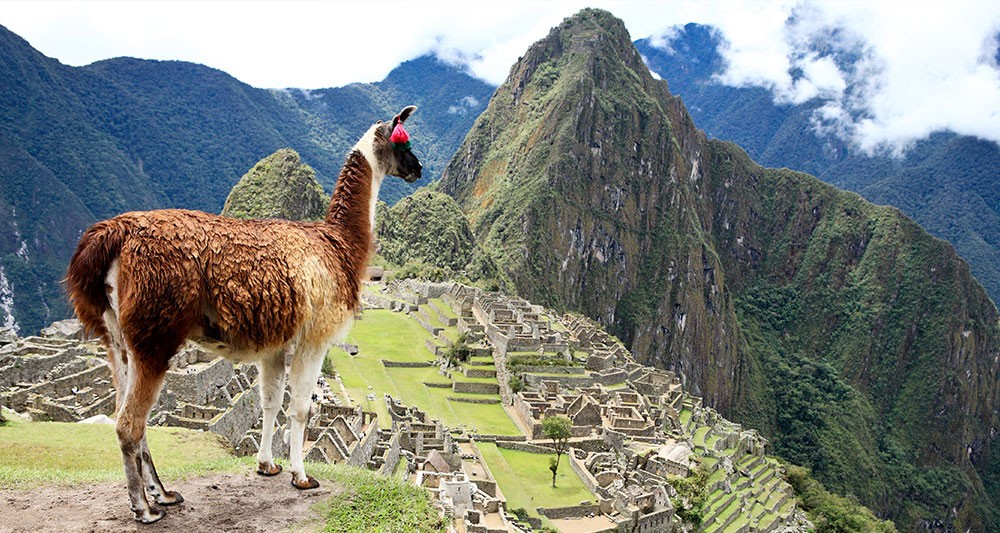 Another megadiverse country with a whopping 0.50 on the BioD Index scale, Peru is known for its amazingly varied geographic regions and ecosystems. From the Andes to the Amazon and everywhere in between, Peru is home to more than 1,800 bird species, 380 amphibian species, 300 reptile species, 13,000 plant species and 500+ special of mammal– at least 70 of which are endemic to the country. Many people head to Peru specifically to see Machu Picchu, and it is awe-inspiring, but there’s so much more to see! The Peruvian Amazon is mysterious and lovely, while the Pacific Beach community of Mancora beckons with not only R&R but a completely different kind of biodiversity! 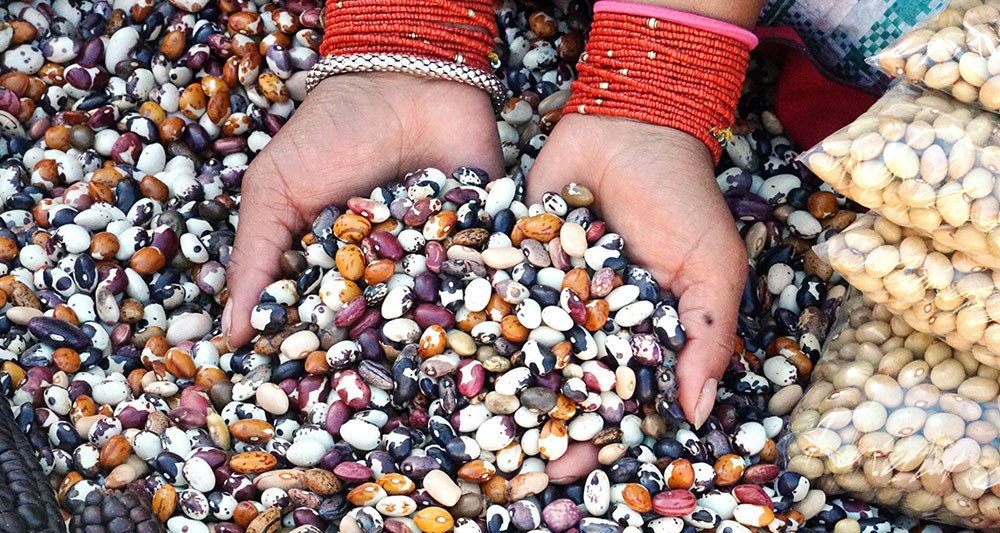 From the high cloud forests to the living laboratory that is the Galapagos Islands, Ecuador is a treasure trove of biodiversity at a 0.45 on the BioD Index and another megadiverse destination. It’s also the smallest country to make the Top 5 in the international rankings! Besides the cloud forests and Galapagos, what else can be found in Ecuador? That’s right, part of the Amazon! You may be seeing a pattern emerge! Ecuador’s Yasuni National Park, which includes parts of the Amazon, is actually considered to be one of the most biologically diverse places on Earth, which means there’s a good chance you’ll get up close and personal with some amazing flora and fauna. It is estimated Ecuador is home to almost 400 reptile species, 420 amphibian species, 1,620 bird species, 370 mammal species and more than 16,000 plant species with extremely high levels of endemism unrivaled elsewhere. 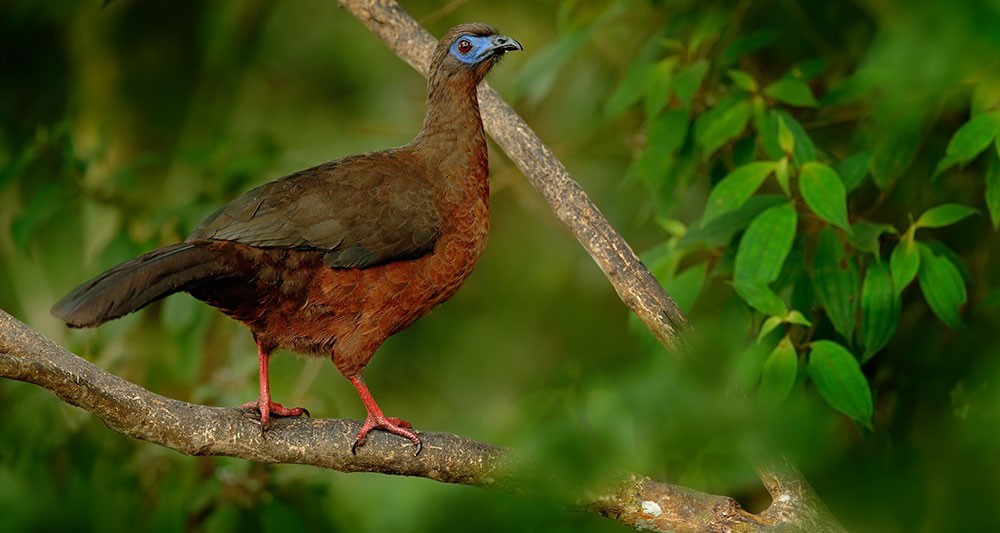 Colombia is much more than a country on the mend, it’s one of the hottest travel destinations of the year and home to nearly 10 percent of the world’s biodiversity– making it the second highest in the world behind Brazil and (you guessed it) another megadiverse country. Boasting a 0.68 on the BioD Index, Colombia has more species of bird than anywhere else on the planet, as well as some 310+ different ecosystems for them to live in. It’s truly astonishing, and you don’t even have to go very far from one of the major cities to experience it. Keep your eye peeled and you may spot one (or several) of the more than 450 mammal species, which are just a fraction of the country’s more than 56,000 different types of species with almost 10,000 of them being endemic. Visit one of the country’s many nationally protected areas to have the best chance at catching a glimpse at this truly amazing biodiversity. 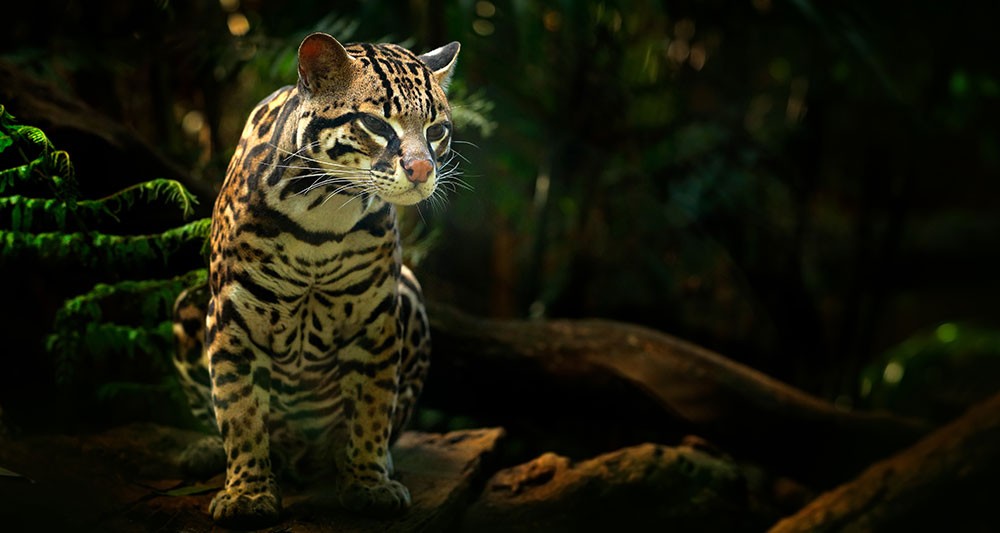 A relatively small country covering only about 0.03 percent of the planet’s surface area, Costa Rica also manages to contain almost six percent of the Earth’s biodiversity. That’s probably why it’s been rated a solid 0.26 on the BioD Index. Experts believe this is largely due to the country’s location between South and Central America, acting as a bridge for migratory animal species, as well as for plant life across the ages. Of course, Costa Rica also boasts a wide array of highly varied microclimates and distinct ecosystems between the Caribbean Sea and Pacific Ocean, making it an attractive vacation destination for travelers. Costa Rica is well known for its national park system (said to be among the best in the world), which affords some pretty spectacular opportunities for sustainable tourism in highly biodiverse locales.

More than half of Bolivia’s people are from one of its numerous indigenous groups, and many still live in or bordering the country’s nationally protected parks and sanctuaries. These protected areas span rugged mountains, as well as lowland grasslands, wetlands (including part of the Amazon Basin) and forests, creating a vast network of ecosystems housing some of the highest levels of biodiversity in the world. Bolivia ranks a 0.35 on the BioD Index, but its lands are largely undiscovered by scientific researchers who only started studying the country in the 1980s. Of it’s more than 1,350 bird species, 316 mammal species, 400 reptile and amphibian species and nearly 18,000 plants species, many are threatened and endangered, and a high percentage of these are endemic to Bolivia. 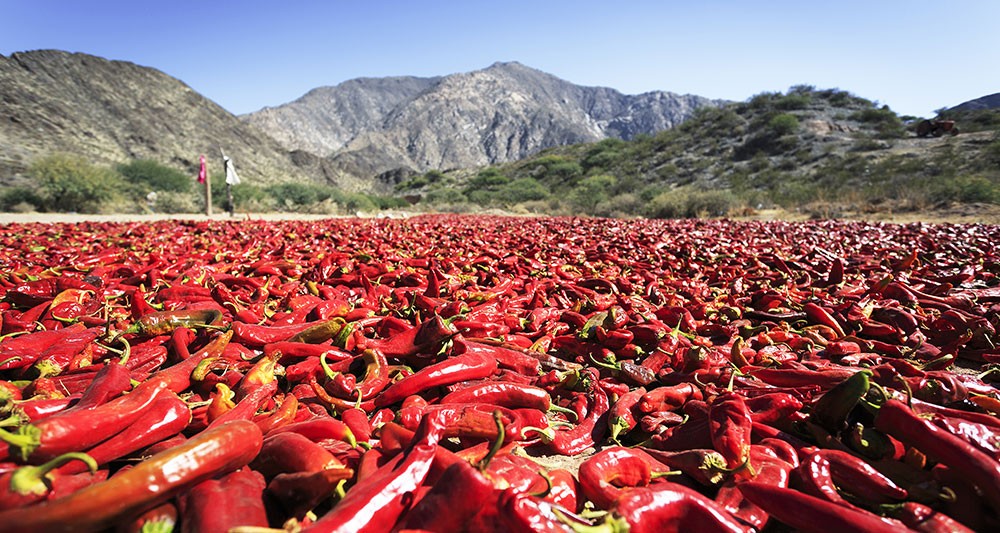 Given the huge size of Argentina, it should come as no surprise this country boasts an astonishing level of biodiversity. Flora and fauna here are spread across high Andean Mountain peaks, coastal zones and savannah plains in between, helping Argentina claim a 0.30 on the BioD Index. Sustainable tourism is a long-standing and profitable business in Argentina, and a large proportion of the country is dedicated as national parklands and other types of nationally-protected sanctuary areas. The Andes alone are home to at least 30,000 types of higher plant, as well as numerous mammals– many of them endangered and rare. But, it isn’t just the country itself that plays host to such a high level of biodiversity. The waters off the coast of Argentina are renowned as some of the most biodiverse and exciting in the world. 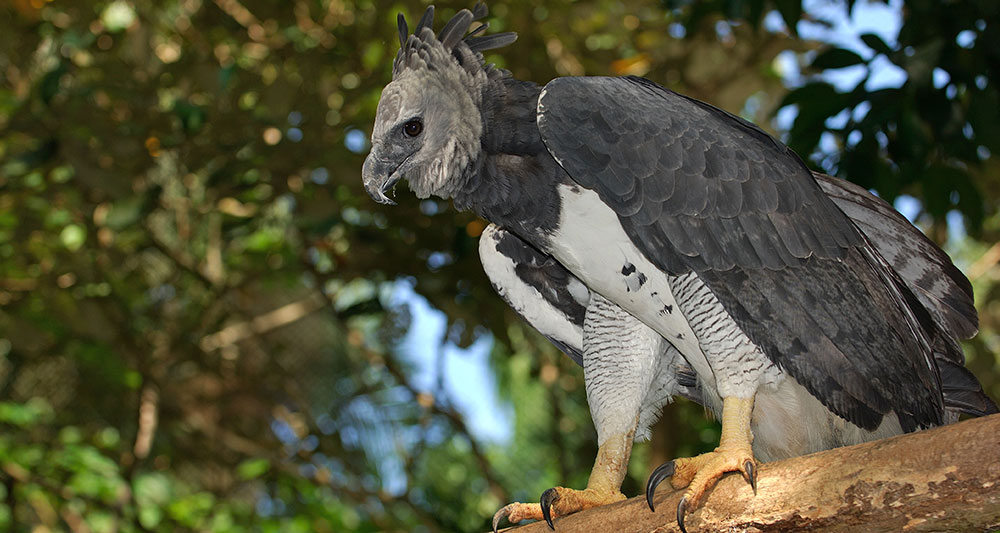 Biodiversity is such a big issue in Panama that they opened a museum in its honor! At the BioMuseo Museum of Biodiversity designed by famed architect Frank Gehry, guests will find it easy and enjoyable to learn about not only Panama’s high level of biodiversity (they rank a 0.27 on the BioD Index) but the planet’s. Even the museum’s colorful ceilings attract vast numbers of insects to the area– especially butterflies and moths! Panama is considered the midway point between North and South America and, although a relatively small country, actually hosts more species of plant and animal than the United States and Canada combined. That’s no small feat, and it’s so impressive CNN called the country “a hub of biodiversity,” noting that even Panama City has a forest within the city that’s one of the last tropical dry forests in Central America. 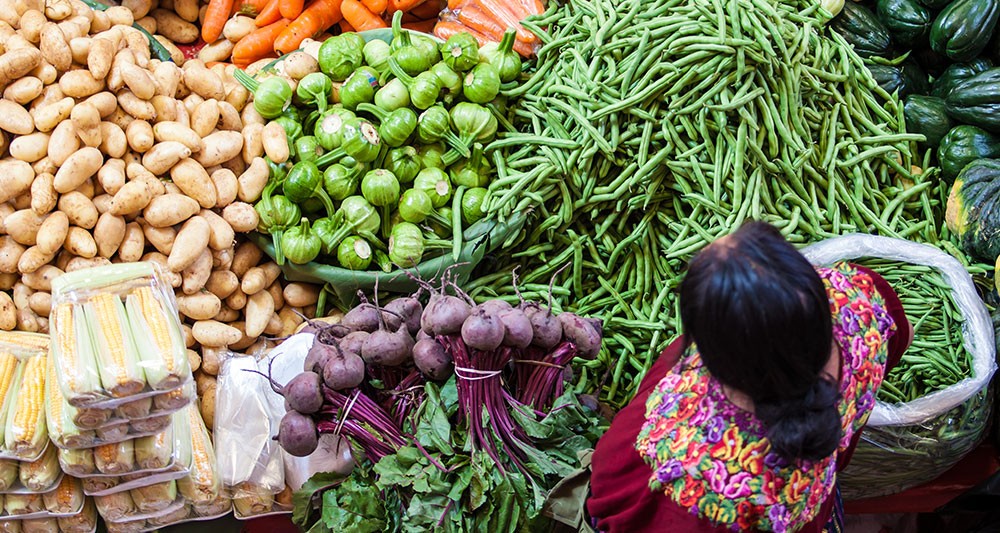 MesoAmerica has been called one of the planet’s “richest and highly threatened biodiverse regions” by U.S. scientists. It is also one of the world’s Top 25 biodiversity conservation hotspots, according to the U.S. government and eco watch groups although it ranks behind other countries on our list on the BioD Index at a still respectable 0.22. Guatemala ranks first in eco-regional diversity of all the Central American countries, most likely due to its status as a land bridge between two massive biogeographic territories, according to USAID. Guatemala includes 14 eco regions, as well as 66 ecosystems and almost 10,000 species. Of these, more than 13 percent are endemic to the country. Highlights include the mysterious (and highly threatened) cloud forests, as well as four wetlands considered to be of international importance by RAMSAR. 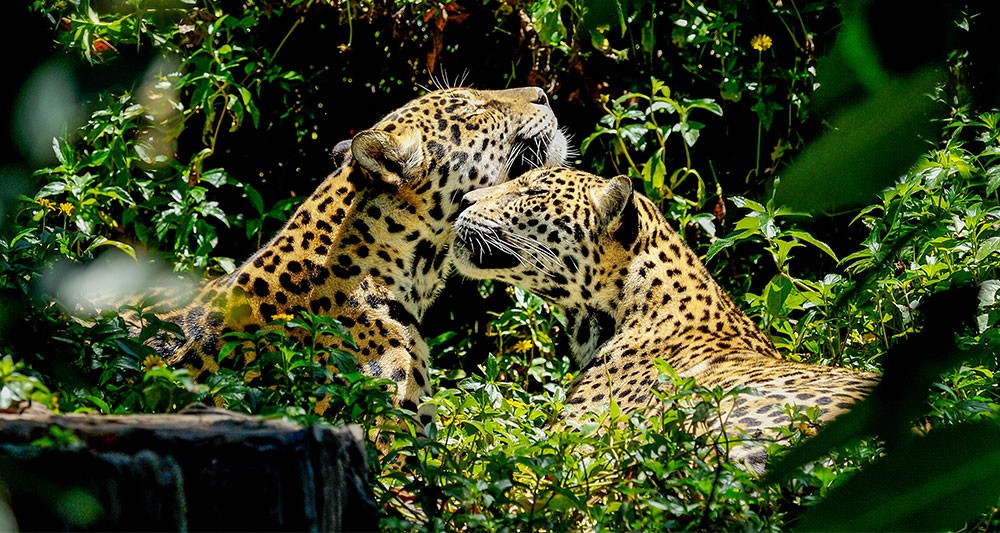 Belize may be small, but it packs a big punch! Also situated within the MesoAmerican region and, therefore, also considered a “hotspot,” Belize is well-known among international scientists and nature lovers as a destination for biodiversity. A major part of these high levels of biodiversity is the huge (think 13+ million acres) Maya Forest that also stretches into northern Guatemala and the Yucatan in Mexico, as well as the Rio Bravo conservation area and the marine corridor. The struggle between development and ecosystems is very real in this tiny country where tourism plays a large role in the economy, but sustainable tourism is growing. This is a great thing since Belize is home to almost 700 fish species, and more than 40 amphibian species, 125 reptile species, 150 mammal species and 3,700 plant species.

If you’re ready to explore the rich biodiversity of Latin America, contact us to begin planning your dream journey!