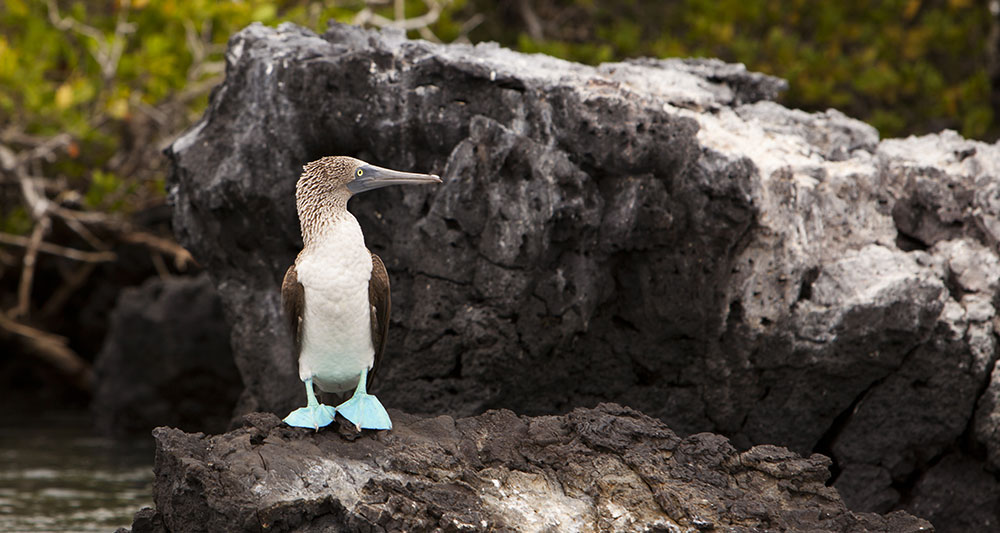 Last year, in honor of the World Oceans Day, we paid homage to our Top 10 favorite national marine reserves in Latin America around the theme “healthy oceans, healthy planet.” The post, featuring 10 national marine parks taking action to ensure a healthy planet and oceans, as well as providing future generations with amazing places to learn about the world beneath the sea, was very popular as the world celebrated a “global day of ocean celebration and collaboration for a better future” on June 8. Even though World Oceans Day is this week, it’s never too late to book your World Oceans Day travel!

Due to the popularity of last year’s Top 10 Marine Reserves in Latin America post, we thought a throwback was in order. As we mentioned last year, World Oceans Day was originally proposed by Canada in 1992 at the Earth Summit held that year in Rio, but the U.N. General Assembly resolution didn’t pass until 2008. The Ocean Project has promoted World Oceans Day since 2002 despite its late adoption. Many of our Top 10 favorite marine parks pre-date the official global day of celebration and have been helping to conserve our planet’s oceans for much longer— kudos to them!

Approximately three percent of the world’s oceans are marine protected areas, but the extent of this protection varies from country to country. There is still a lot of debate about how to address the huge expanses of marine areas that don’t fall under the jurisdiction of a single country, and these areas often suffer from pollution, climate change and overfishing. Scientists warn we need to protect more than 30 percent of our oceans and seas to maintain marine ecosystems and protect marine biodiversity.

The theme for World Oceans Day 2017 is Our Oceans, Our Future, and the focus is on “encouraging solutions to plastic pollution and preventing marine litter for a healthier ocean and a better future.” We couldn’t agree more that this is a pressing global issue, which is another reason for our Top 10 Marine Reserves throwback!

Here, again, are our Top 10 marine protection areas in Latin America. Each one of them is quite different from the rest but all are helping to ensure our global community is well on its way to protecting our planet and its oceans for future generations to enjoy:

Spanning more than 50,000 square miles, The Galapagos Marine Reserve is a World Heritage site that tops bucket lists as the largest marine reserve in a developing country and the second largest in the world. Recently expanded to include another 15,000 square miles around the northern Wolf and Darwin Islands, the reserve has been called a “living laboratory” and is one of the most important marine ecosystems in the world. This is largely due to the convergence of four major currents and nutrient rich waters that house the planet’s highest fish biomass at 17.5 tons per hectare. Galapagos has been protected since 1998 but officials continue to update protections, recently making pre-existing areas “no-take” zones, which prevents fishing in the area. Galapagos is home to more than 500 species of fish, as well as sea turtles, penguins, marine iguanas, seals, sea lions, manta rays, dolphins, whale sharks, several species of whale and sharks and more. 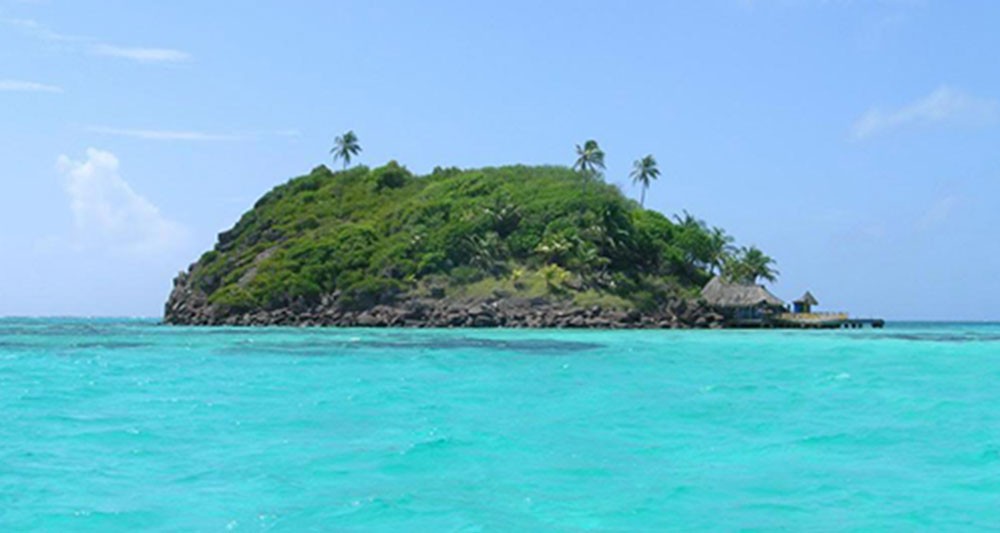 Designated a marine protection area in 2000, the Seaflower Biosphere Reserve is located in the southwest Caribbean off the coast of Colombia. At 30,000 hectares, it covers roughly 10 percent of the Caribbean and encompasses the archipelago of Providencia, San Andres and Santa Catalina. Around these islands, visitors will find “highly intact and productive” coral reef systems and mangrove swamps that are considered to be a biodiversity hotspot housing 400 fish species, more than 100 species of coral, 130 species of marine sponges, four species of sea turtles and more than 150 species of bird. Seaflower is a member of UNESCO’s World Network of Biosphere Reserves and is noted for its importance to conservation efforts. The Providence Island barrier reef alone is one of the longest in all of the Americas at 20 miles, but the area’s high biodiversity also spans its many seagrass beds, dune, beaches and other coral reef systems, making it perfect for snorkeling and diving. 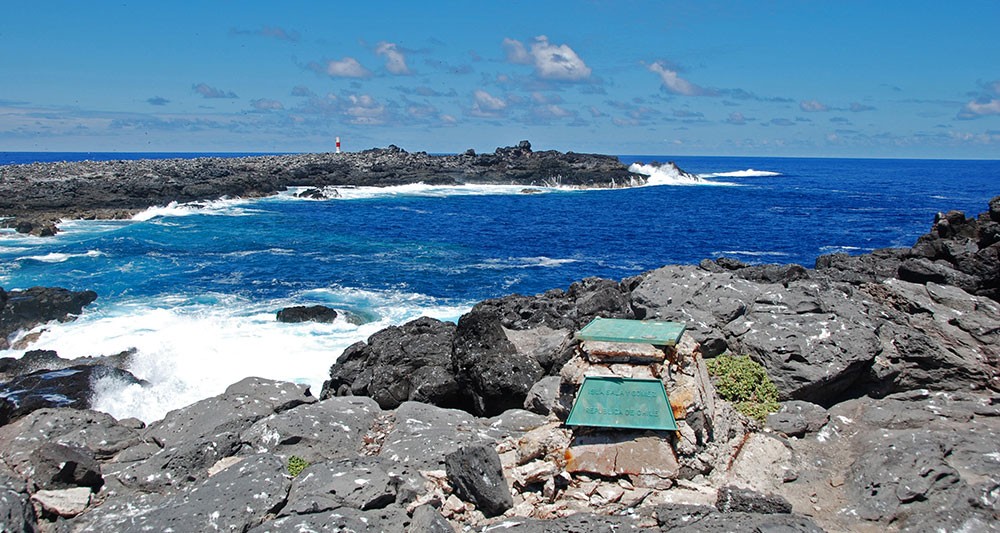 Sala y Gomez Marine Park in Chile is a relative newcomer to ocean protection, officially created only in 2010, but its announcement was a huge move for Chile and the largest effort Chile ever had made in marine protection— though not the first. The no-take marine reserve encompasses roughly 58,000 square miles and is the result of a joint effort between Oceana, National Geographic and The Waitt Foundation that was instigated by overfishing in the area. In 2012, new talks began to expand the marine park to include the area around Easter Island AKA Rapa Nui, but the final say on the topic goes to the indigenous peoples on the island. Marine colorist and Nat Geo Ocean Fellow Dr. Enric Sala says of the area, “The island and its surrounding ecosystem…have global value. These seamounts are very vulnerable to fishing…and this inspirational step marks Chile’s potential as a global leader in ocean conservation.” 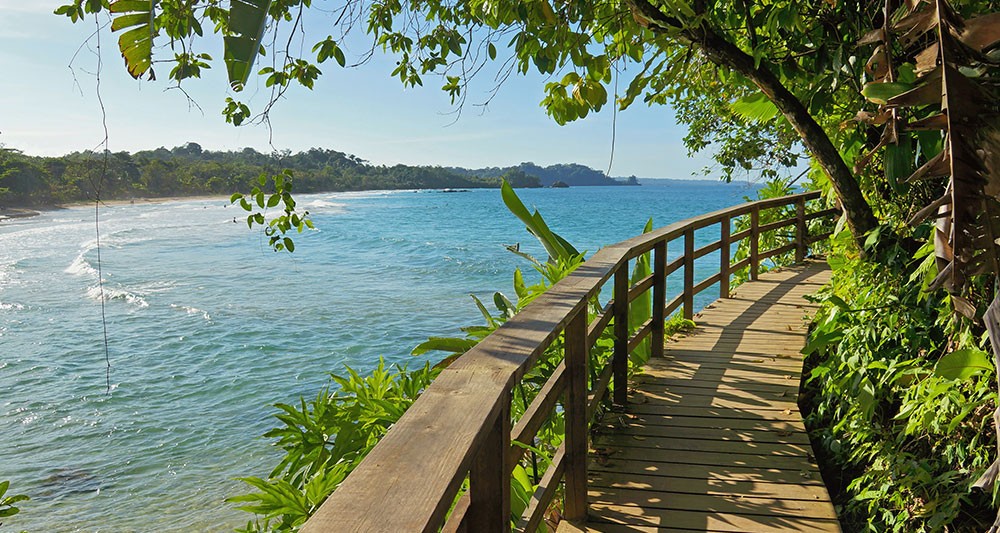 Established in 1988, Isla Bastimentos National Marine Park in Panama is one of the few in our Top 10 list to pre-date World Oceans Day. It spans some 32,000 acres of marine habitats, including seagrass beds, mangroves, coral reef systems and one of the most important sea turtle nesting grounds in the world, as well as several protected islands that boast stunning and completely undeveloped stretches of beach. We suggest getting out and walking around to see the truly pristine landscapes and their numerous monkeys, sloths and 28 species of reptiles and amphibians. Birding also is popular here, but the park is closed after dark to protect the turtles, so be sure to plan accordingly. Under the sea, there are 200 species of fish and elaborate reef systems that are just perfect for a snorkeling or SCUBA trip. Word of warning— be sure to listen to your guide, as the waters can get rough at certain times of year. 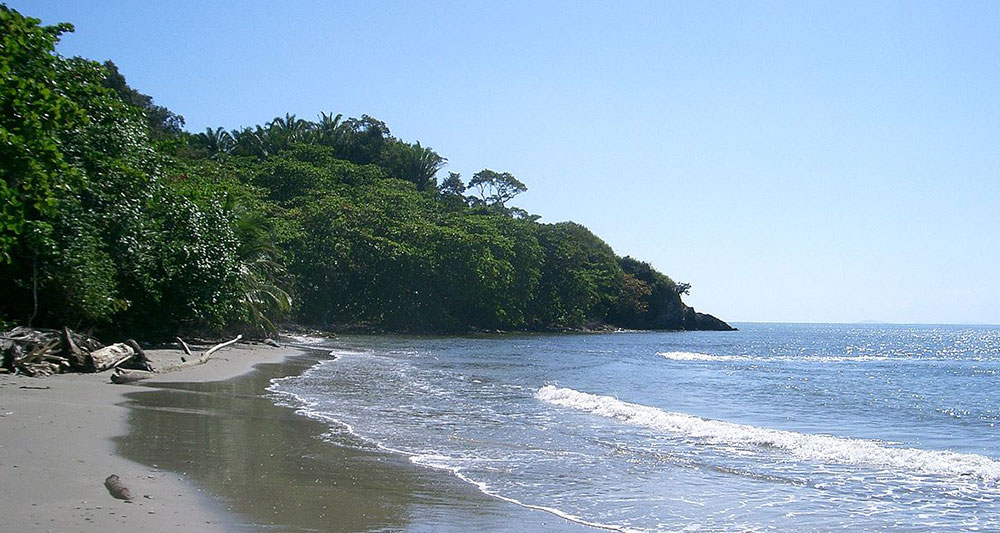 Formerly called Punta Sal National Park, Pargue Nacional Jeannette Kawas was renamed for an environmental activist and former PROLANSATE president who was murdered for her work trying to keep commercial activities, including palm plantations, out of the park. The park, established in 1994, covers marine, terrestrial and wetland areas, including rock and sand beaches, coral reefs, mangroves, tropical forest, rivers, coastal lagoons and more. In all, it covers more than 500 square miles of Honduras’ north Caribbean coast and is one of the country’s most biodiverse areas. In fact, its astonishing biodiversity, including many rare and endangered species, earned it membership in the Ramsar Conventions’ Wetlands of International Importance. Examples of the rich animal life found in the park include 49 mammals, 68 reptile species, 70 freshwater fish and 12 amphibian species. Of these, 12 mammals, five fish, five reptiles, six species of marine turtles and dolphins are endangered, and species such as the jaguar, ocelot, caiman, Green Ridley turtle and Hawksbill turtle are all close to disappearing from the area. 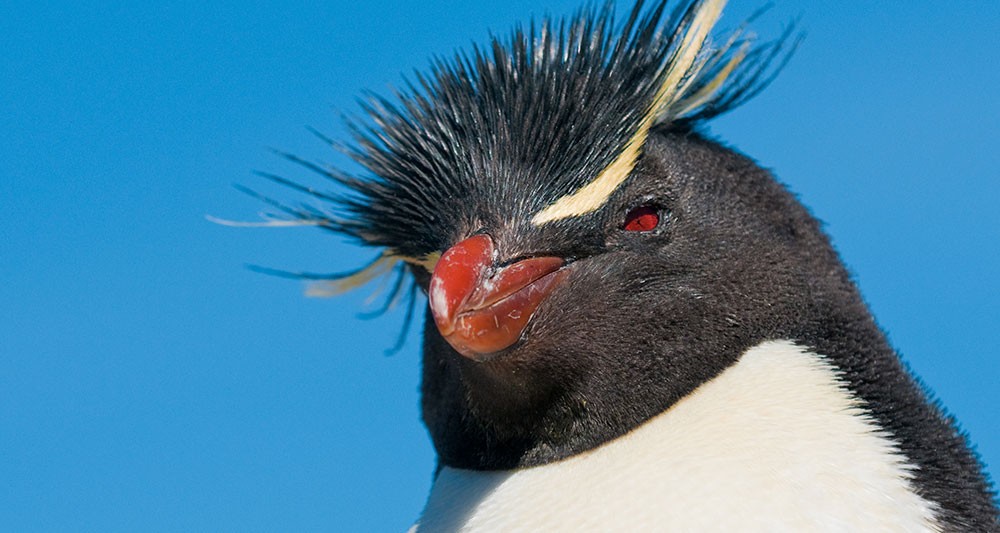 It’s difficult to pick a favorite from among Argentina’s Isla Pinguino Costal Marine Park and Makenke Costal Marine Park— so we’re including the neighboring parks as one! Between the two marine reserves, created in 2013 and covering nearly 720 square miles, the protected areas play host to penguins, sea lions, dolphins (including the unique black and white Commerson’s dolphin), the largest colony of red-legged cormorants in Argentina, one of the largest colonies of imperial cormorants found anywhere in the world at more than 8,000 breeding pairs and one of the only colonies of rockhopper penguins in Patagonia. The Argentine government worked with the Wildlife Conservation Society to see these spectacular marine reserves come to fruition after they were identified as priority conservation sites by the Patagonia Coastal Zone Management Plan. Visitors will be astounded by the beauty of Patagonia’s protected oceans and cliff-bordered coastline. 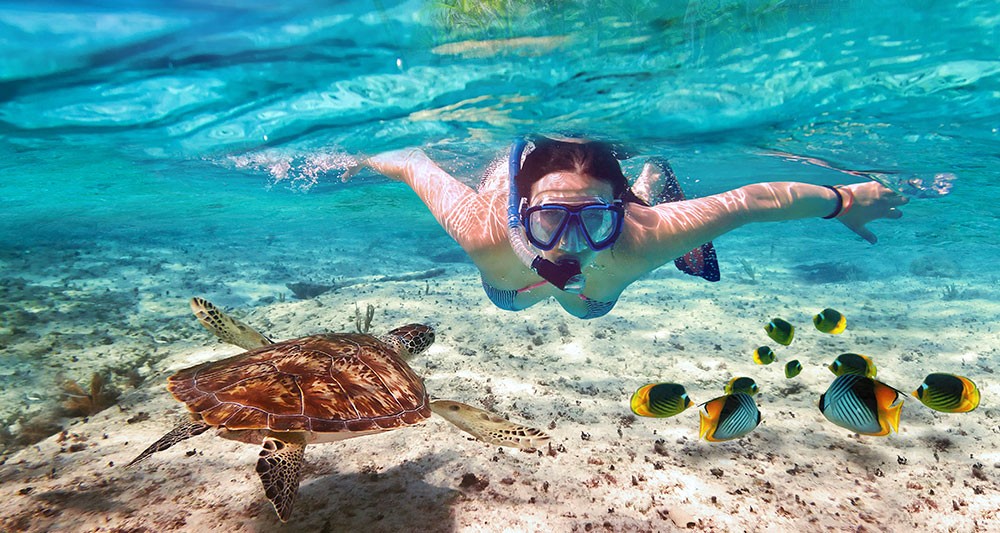 Although only about three square miles, Hol Chan Marine Reserve in Belize near Ambergris Caye packs a big punch and is one of our absolute favorite spots. Meaning “little channel” in Mayan, Hol Chan is a cut in the second largest barrier reef in the world (the Belize Barrier Reef— which, incidentally, can also be seen from Parque Nacional Jeannette Kawas) and is the oldest marine reserve in the country, established in 1987. Originally created in response to a concern around unregulated fishing and diving in the area, Hol Chan was expanded in 1999 to include Shark Ray Alley where huge schools of nurse sharks and rays congregate. It is not uncommon to see abundant reef fish, manatees, moray eels, hammerhead sharks and loggerhead turtles here, and it is an excellent spot for novice snorkelers and divers to see a wide array of marine life since the animals and fish are quite used to people and don’t disperse as quickly as in other areas. 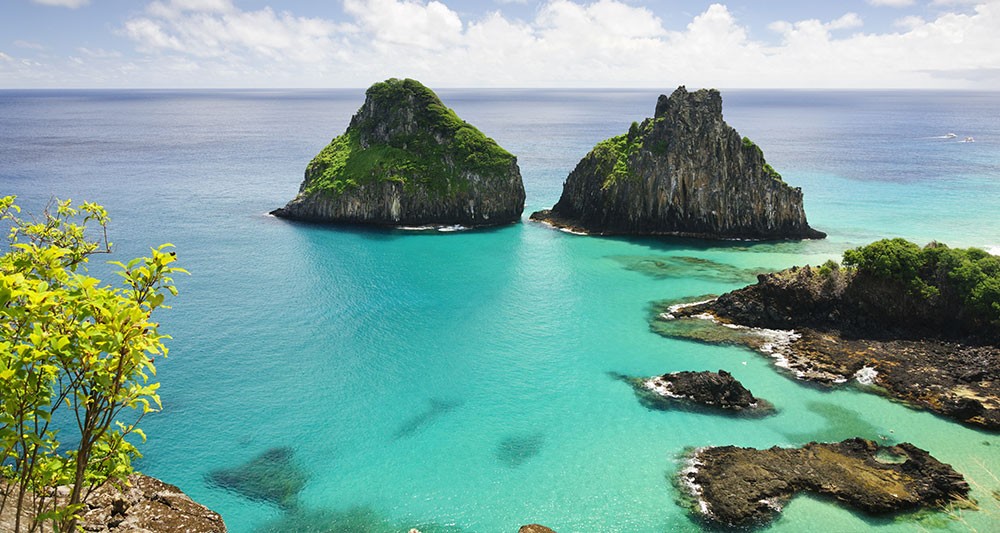 Formed by the volcanic peaks of a submerged mountain chain some 200 miles off the coast of Brazil, Fernando de Noronha Marine National Park includes Fernando de Noronha island, as well as some 21 smaller islands and islets and their adjacent waters. It is on UNESCO’s list of areas of Outstanding Universal Value and houses two renowned beaches noted as the “most beautiful in the world.” The park is an important breeding ground for sharks, turtles, tuna and many marine mammals and tropical seabirds. In fact, there is a huge population of dolphins at, where else, Dolphin Bay, as well as the largest concentration of seabirds in the Western Atlantic Ocean and the only insular Atlantic forest and oceanic mangroves in all of the South Atlantic. Although only visitable by scientific researchers, Rocas Atoll is prized for its high levels of biodiversity and topography that creates a natural aquarium at low tide. 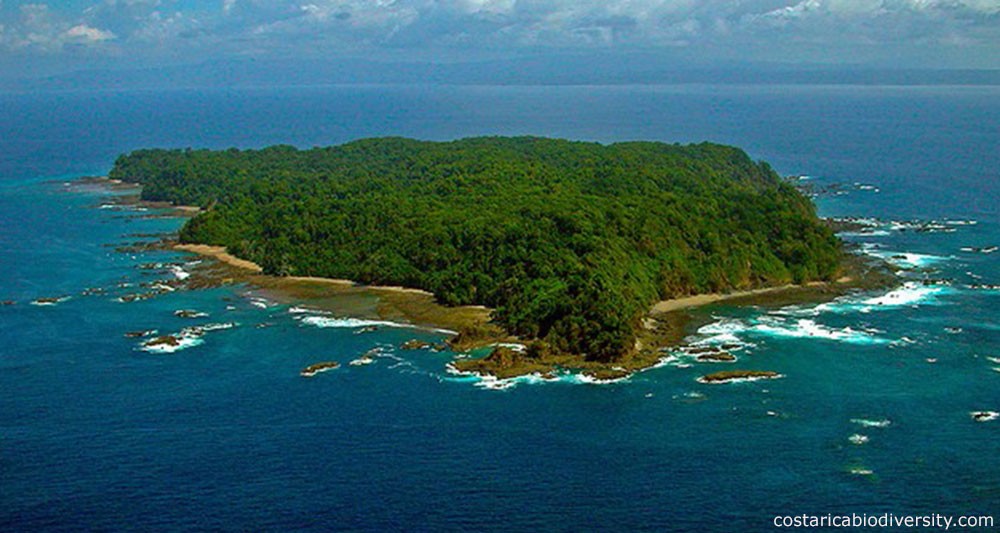 The oldest of our Top 10 marine reserves in Latin America, Cano Island Biological Reserve was established in 1978 and, today, boasts the highest concentration of coral building organisms in the Pacific Ocean. Located off the Osa Peninsula in Costa Rica, this tropical paradise is home to one of the best dive sites in the country with visibility of up to 100 feet at certain times of year (typical visibility is 30-60 feet). Take advantage of the stunning underwater visibility to see more than 100 species of fish, including abundant white tip reef sharks, as well as rays, octopus, eels, barracuda and 15 species of stony coral along the numerous shallow reefs. Other varied marine topography includes cliffs and caves where visitors may even see nurse sharks and whale sharks. This National Heritage Site is excellent for snorkeling and diving— even beginners— due to its shallow reefs and easy currents. The island itself is thought to be an ancient burial ground. 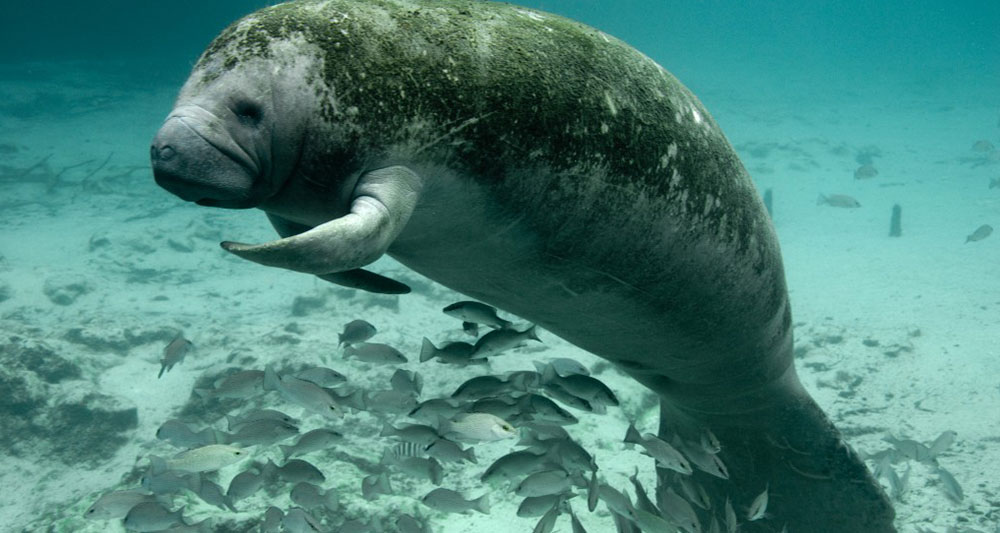 One of Guatemala’s least visited yet most breathtaking locales, Punta de Manabique Wildlife Refuge spans nearly 800 square miles that is neither cheap nor easy to get to but is so worth the trip! The coastal marine wetlands surround a small, largely uninhabited peninsula that has been a reserve since 1999 with expanding protections occurring since. The area houses tropical rainforest, mangroves, sandy beaches and the country’s most important coral reef system. The rich diversity of the area is due to its status as a marine biological corridor and has earned it membership in the Ramsar Conventions’ Wetlands of International Importance. Many species are found here, both on land and in the water, including sharks, whales, four species of sea turtle, jaguars, howler monkeys, reptiles, crustaceans, fish and amphibians and 325 recorded species of bird. Endangered and rare species include the West Indian manatee and Baird’s Tapir.

If you’re ready to get your endless summer on and check out the good works of these amazing national marine reserves, contact us today to begin planning your dream vacation.