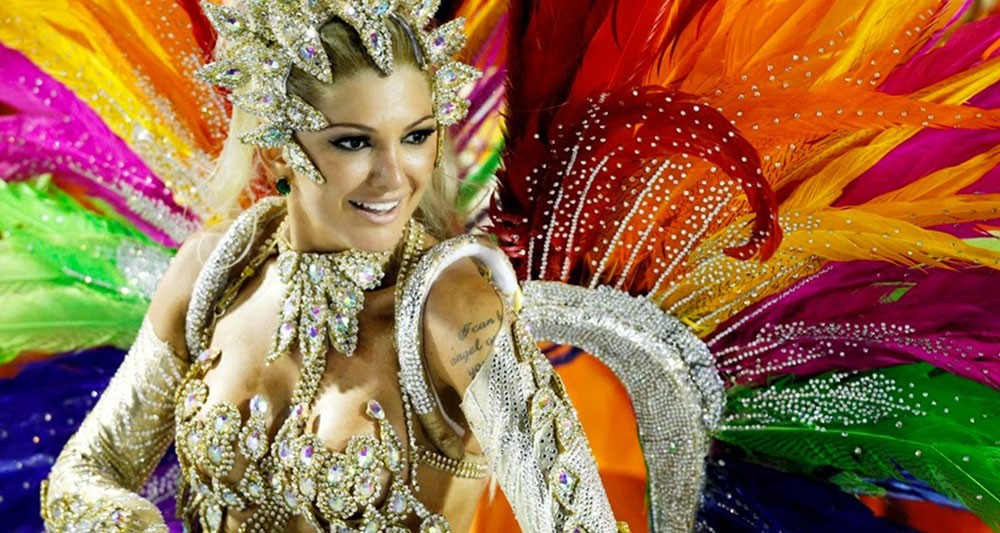 You may think it’s too soon to start planning for Latin America’s 2016 Carnival season, but accommodations fill up quickly (sometimes more than a year in advance) around what’s widely considered to be the biggest party of the year across Central and South America. So much so, tourists often pay inordinate amounts of money to stay in a local home on little more than a cot surrounded by other tourists who were tardy to the party.

Celebrated across the globe in nearly 70 countries and territories, the annual pre Lenten festivities take place each February before the Easter holiday, often just before Ash Wednesday. Although Carnival has roots in Catholicism, these huge parties also meld traditional indigenous culture and typically feature parades, elaborate costumes and raucous inebriation. What’s more, each locality always seems to find a way to put its own spin on the party heard round the world.

If a trip to Carnival is on your list of party vacations, check out our Top 15 celebrations in Central and South America: 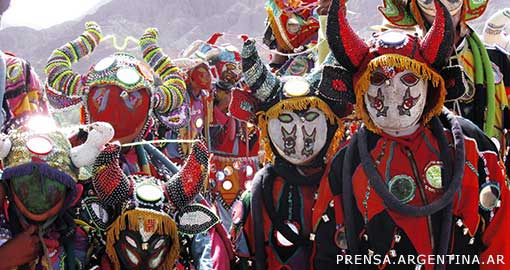 Perched amidst the multicolored Andean mountains, this UNESCO World Heritage site has only about 300 year-round residents, but thousands of revelers descend upon the “archeological capital” of Argentina for nine days of revelry each year as devils come out to play and are then returned to the Underworld. Quebrada de Humahuaca has been inhabited for at least 10,000 years, so this normally quiet town is the perfect location to take in some culture amidst your Carnival celebration. 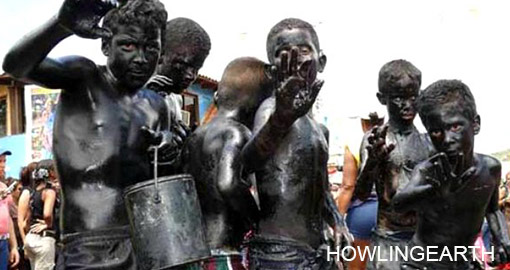 Long a melting pot for Westerners and Caribs, the Carnival at El Callao reflects the myriad cultures present in the city and attracts thousands of tourists each year. Although masks and costumes, including some modern superheroes, are a mainstay here— much like all Carnival celebrations, a unique feature are the media pintos, who paint themselves black each evening and threaten to also paint revelers who won’t donate a coin or two to their cause. 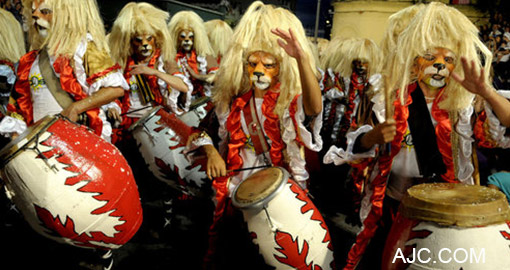 At 40 days, the Montevideo Carnival is the world’s longest Pre Lenten celebration and, with the area’s slaving background, it’s easy to see why. Here, local candombe performers participate in parades or “calls” where they complete for prizes while dressed in costumes reflecting these infamous roots. If you’re one of the thousands who visit Montevideo for Carnival this year, be sure to make a stop at the Carnival Museum for a look back at the history of Uruguayan Carnival. 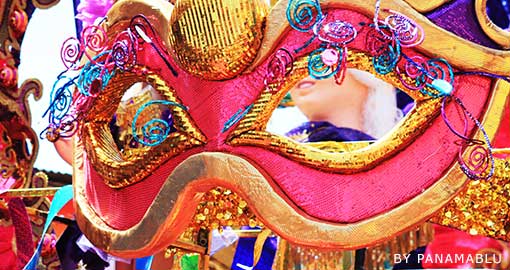 Celebrated since the early 1900s, the four-day Carnival festivities in Panama’s Las Tablas are considered to be some of the best in Latin America, as the whole city virtually shuts down to make way for dancing, drinking and water cannons— yes, water cannons. Be prepared to get wet as you partake of the traditional rivalry between the high and low streets for most creative floats, most fanciful costumes and best queen. 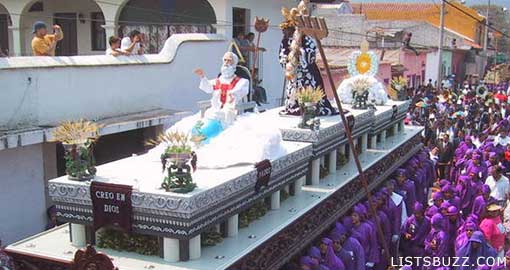 Called Semana Santa, meaning Easter week. this is a spectacular celebration of religion and art, with huge processions winding through the city streets. Elaborate floats bearing giant statues of Christ are carried by throngs of purple-robed men, a Virgin Mary float is accompanied by hundreds of black-robed women, and the whole thing rolls atop traditional carpets (made from flowers and colored sawdust called Alfombras) laid over the streets. 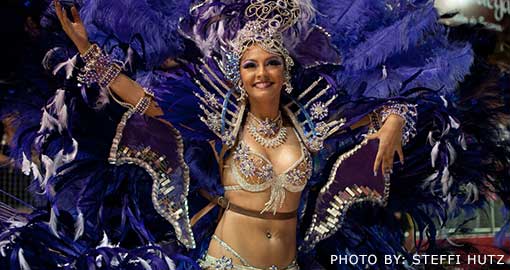 Popular amongst the younger set for its late night parties and teensy weensy costumes, the Encarnación Carnival is the largest in Paraguay. Celebrated each weekend in February, this festival is known for its Brazilian style music and dancing with a decidedly Paraguayan twist, but it is the tradition of lanza nieves (or snow) that incorporates tourists into the festivities. Be prepared to get sprayed and bring your own cans of shaving cream or spray snow to join in the fun. 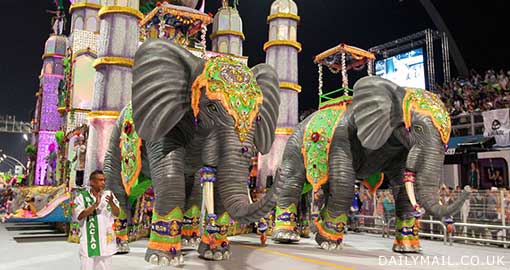 Hundreds of thousands of revelers flock to Sao Paulo each year to partake in the frenzy of Afro-Brazilian tradition that is this city’s Carnival. Parades feature the country’s top samba schools, as they compete for the coveted championship trophy, announced on Ash Wednesday. Street parties erupt throughout the city during the course of Carnival, so be sure to wear your dancing shoes at this enormous celebration. 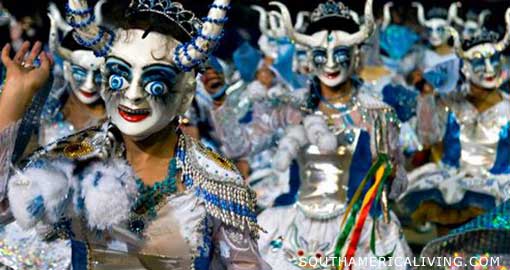 Dating back more than 200 years, this 3-day and 3-night pagan-Catholic parade is the country’s largest annual festival and a UNESCO Masterpiece of the Oral and Intangible Heritage of Humanity designee. Each year, the festival attracts some 28,000 dancers, 10,000 musicians and 400,000 attendees to the Andean highlands to appease the devil in the mine with ornate, handmade costumes, music, dancing and offerings.

Another UNESCO Masterpiece of the Oral and Intangible Heritage of Humanity designee, this huge Carnival was launched in 1888 and is the largest in the world outside of Brazil. Although Barranquilla is only Colombia’s fourth largest city, it attracts more than 1.5 million visitors for Carnival each year with its renowned folkloric presentations, pulsating beats and energetic party atmosphere, beginning with the six-hour Parade of Flowers. 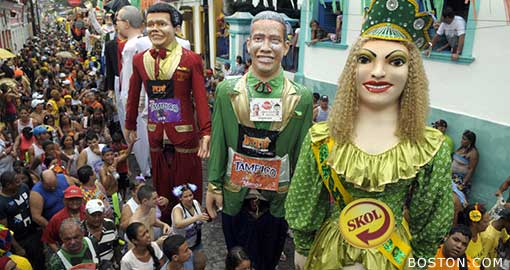 Known as the “Carnival of Participation” for its immersive, participatory nature and open air street environment, the Olinda Carnival is fun for all ages and one of the only free Carnivals in Brazil. Although elaborate costumes, stunning parades and music are the glue that holds this enormous party together,  it is the giant paper maché puppets called “bonecos” first time visitors should keep a look out for. 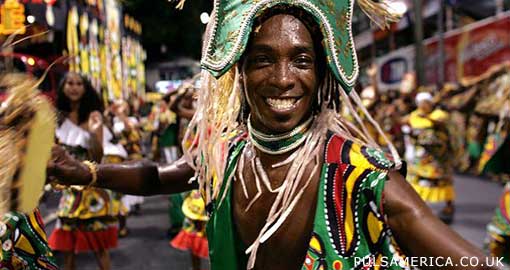 The self-proclaimed “biggest Carnival in the world,” the Salvador Carnival actually comes in second to Rio in terms of attendance these days, but that doesn’t make it any less fun (or impressive). The world’s first electric parade float was introduced here. Today, this translates into the Trio Eletrico— a huge truck loaded with thousands of watts of sounds and lights and a live band on top of it all. 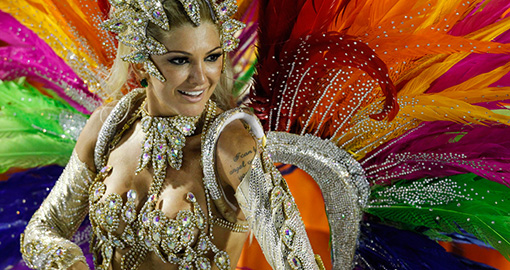 One Carnival to rule them all. For first time Carnival-goers, Rio seems to always top the list of must attends for its magnificent spectacle. Nearly 5 million people, more than half a million of them tourists, flock to this debaucherous five-day celebration each year. The parade takes place in the Sambadrome, and tickets can be hard to come by, but never fear because the party always spills over into the streets of Rio. 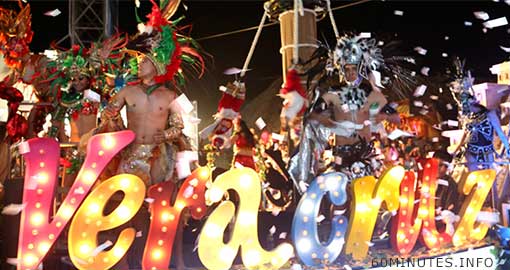 The largest Carnival in Mexico stretches over nine days, beginning with the burning of the bad mood (quema del mal humor) and ending with the burial of Juan Carnival. Both are represented by effigies of famously disliked celebrities or politicians, and the result is the biggest party in Mexico bookmarked by an impressive burning and mock funeral. Despite a rocky history of celebration since colonial times, today, the city pretty much grinds to a halt during Carnival.

A typically sleepy town miles from the popular tourist destinations of DR, La Vega busts at the proverbial seams each year during Carnival when the populace nearly doubles in size. Taking place each Sunday in February, this extravagant festival boasts 500 years of tradition (don’t tell the Bolivians) but, today, has morphed into more than a pre Lenten celebration, as it hits its high mark around Dominican Independence toward the end of the month. Watch for intricately ornate costumes of the limping devil or diablo cojuelo. 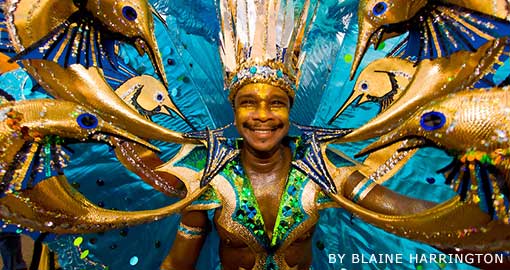 Although small in comparison to the larger Carnivals on this list, Port of Spain makes up for a lack of sheer size with its trademark reckless abandon. There is perhaps nowhere on Earth more well-known for its unrivaled stamina for all night partying than Trinidad and Tobago, and Carnival here is no different. J’ouvert kicks off the annual fete Monday morning at 4am, as predawn partying erupts across the city with revelers covered in oil, paint, mud, chocolate and more dancing to the beats of calypso and soca.

Ready to get your groove on and start planning your Carnival par-tay getaway? Call us today to get down and get funky in Central or South America next February!