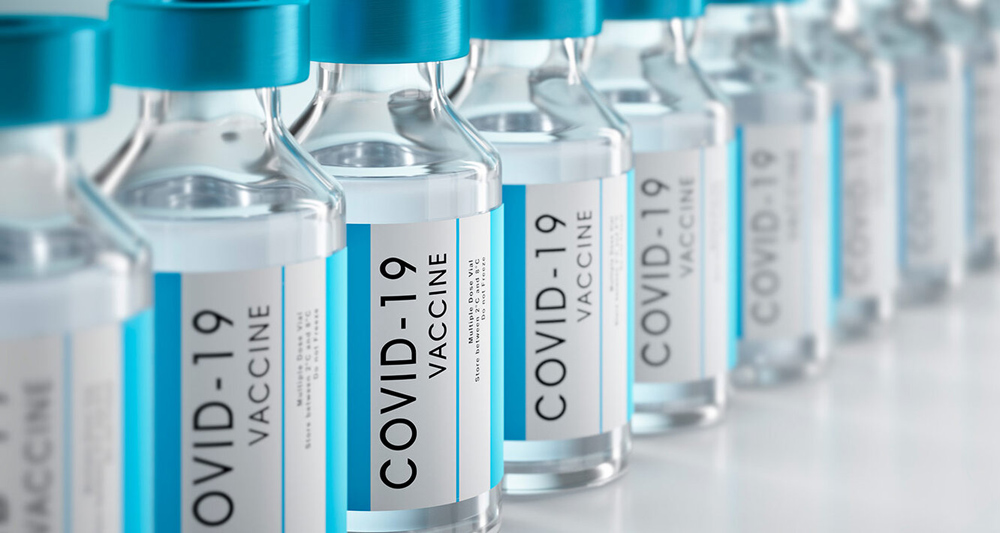 Countries around the world are scrambling to get their citizens vaccinated, and it’s no surprise as to why Latin America would join the race: As of the end of 2020, Latin America and the Caribbean had over 15 million confirmed cases, and just over 500,000 deaths. To top it off, dose distribution is sparking a kind of vaccine Cold War, given that Beijing and Moscow are making large-scale vaccine pledges to several Latin American countries and putting pressure on Washington to share its supply as well.

Through charts and a timeline AS/COA Online maps out major regional vaccine developments, when countries kicked off vaccine campaigns, dose deliveries, vaccine approvals and accords, and clinical trials in an effort to cover Latin America’s progress toward vaccinations and, ultimately, herd immunity. 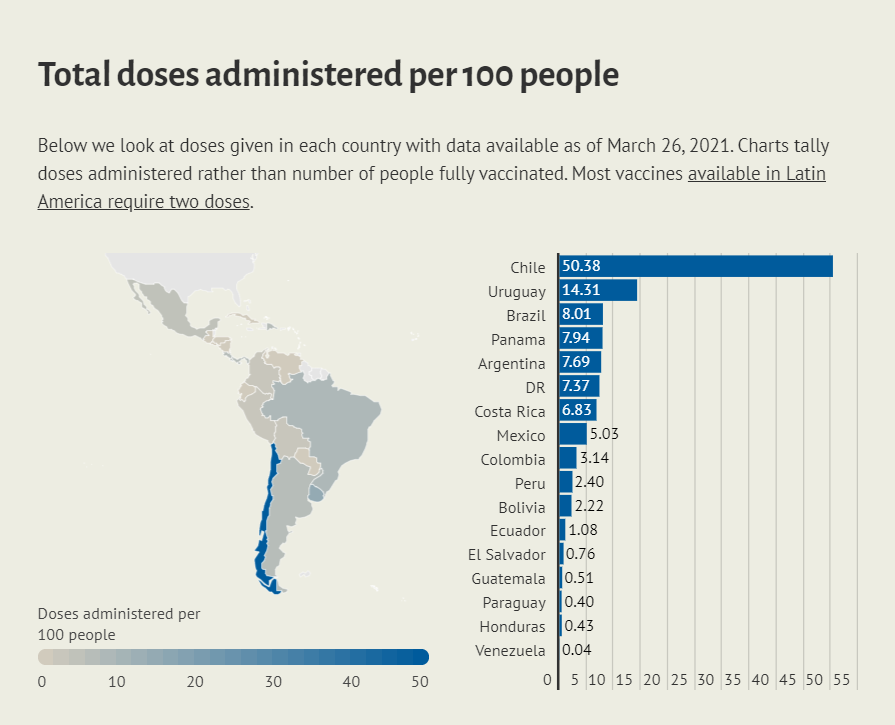 The World Health Organization has indicated that herd immunity against COVID-19 is achieved when 60 to 70 percent of a population is immune, although some medical experts have suggested the figure be higher. A year into the pandemic, just 3.3 percent of Latin Americans were confirmed to have had the disease, though reinfection—particularly with variants—is possible. The lion’s share of immunity will come from vaccinations.

A note for readers: Most vaccines being made available in the region require two doses, but some are of single dosage, such as Johnson & Johnson and CanSino.

What Is COVAX and What Does It Mean for Latin America?

The WHO program seeks to correct for global inequities by purchasing vaccines for low-income countries. On March 1, Colombia became the first country in the Americas to receive vaccines through COVAX program when a shipment of 117,000 Pfizer-BioNTech vaccines landed in Bogotá. COVAX, a program run by the WHO, promises to deliver 35.3 million doses to the region by the end of June. In several countries, this will initiate the vaccination process. AS/COA Online explains what the program is and how it will affect Latin America’s overall vaccination effort.

COVAX in Latin America and the Caribbean

The only country in the region that has not joined COVAX is Cuba, which plans to vaccinate its entire population using its domestically produced vaccines. Moreover, Venezuela’s membership at risk, as it has not yet paid for the vaccines it reserved under the scheme.

Many Latin American countries were hesitant to join the facility due to concerns around financing. In September 2020, 12 countries in the region asked the WHO for an extension on deciding whether to apply for the program. In the end, all decided to become self-financing countries.

COVAX plans to deliver 35.3 million vaccine doses to Latin America and the Caribbean starting by the end of June. Colombia became the first country in the region to receive vaccines on March 1. The first shipment of vaccines should be distributed mostly to healthcare workers, the elderly, and those with co-morbidities, as countries are encouraged to follow WHO guidelines. The Pan-American Health Organization and UNICEF are procuring and delivering vaccines on behalf of the region. Their goal is to distribute 280 million doses to Latin America by the end of 2021. This depends on COVAX’s ability to secure enough funds and vaccines, however. They will also have to successfully get the vaccines to the region, which presents its own logistical challenges.

Concurrently, COVAX is running a global pilot program called First Wave that will deliver doses of the Pfizer-BioNTech vaccine to selected countries. Of the 18 countries selected, four were in Latin America: Bolivia, Colombia, El Salvador, and Peru. Between the four, they are slated to receive 377,900 doses. The vaccines Colombia received on March 1 were supplied through the First Wave program.

March 17 — After several European countries halted use of AstraZeneca-Oxford doses over reports of post-vaccination blood clots, the WHO announces it recommends the vaccine’s use saying that “the benefits outweigh it risks.” The vaccine is slated for use in several Latin American countries.

March 14 – Chile’s rapid vaccination program reaches Antarctica, with Santiago sending doses of China’s Sinovac shot to a Chilean research base on the continent’s King George Island. Antarctica was the last continent to report a COVID-19 outbreak.

March 10 –  Only 10 days after starting to administer vaccinations, Uruguay surpasses Argentina and Mexico—who began vaccinating citizens in late December—in terms of per capita doses administered, reaching 4.25 per 100 people. The country began vaccinations March 1 and, if it maintains this pace, could immunize its population in just four months.

March 9 –  Chile surpasses Israel in daily vaccine dose administrations per capita with a rolling seven-day average of 1.08 daily doses per 100 people over one week, becoming the world leader.

March 6 –  Chile donates 20,000 doses of the Chinese Sinovac shot to both Ecuador and Paraguay. On February 25, Ecuador announced a deal to buy 2 million Sinovac shots.

May 29 –  The WHO, along with the Costa Rican government, launches the COVID-19 Technology Access Pool, an initiative aiming to make vaccines, tests, treatments, and other health technologies to respond to the virus widely accessible. The program is the brainchild of President Carlos Alvarado, who on March 24 requested that the global health entity create a repository of information for all member countries.