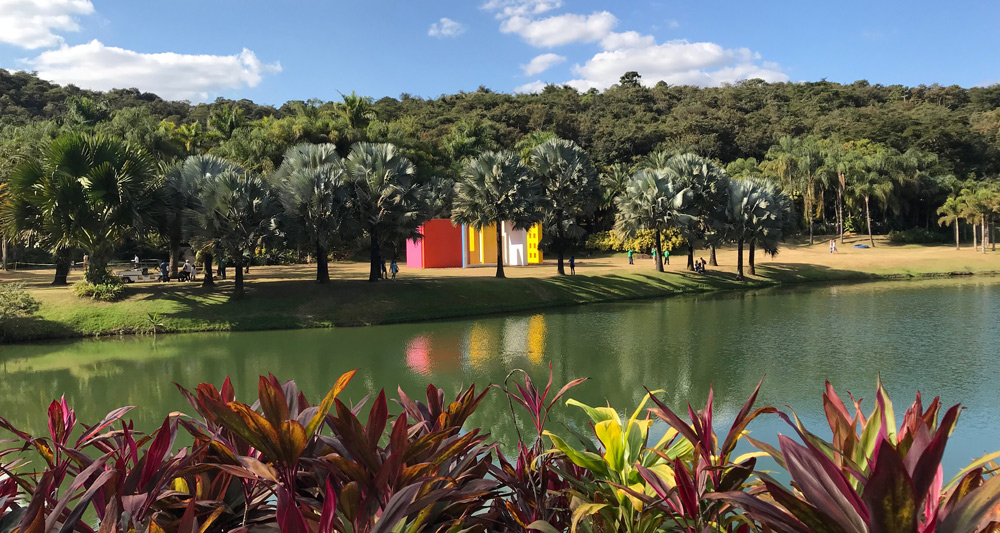 Caroline reports back from her family experience at Inhotim in Brazil. In Inhotim, there are many famous works, that are incredible to the eye. Some of these astonishing pieces include the Doug Aitken’s Sonic Pavilion, Macchi’s Piscina, Giuseppe Penone’s Suspended Tree, Abre a porta, Troca troca, and The Mahogany Pavilion.

Carol’s first stop was the Doug Aitken’s Sonic Pavilion. At the Doug Aitken’s Sonic Pavilion everyone was sitting in a silent, round glass building on top of a pile of displaced red earth. After an awkward wait with notihng happening, then they heard it, a low, growling rumbling noise from below. Then silence. Then she heard it again: a distant, rolling thunder, and the whole family gasped. “Only then did we realize: We were listening to the Earth move beneath us. The Landscape artist Doug Aitken sank a 633ft hole into the ground and with ultra-sensitive microphones, so we could listen to the moaning and groaning  of our planet. Seems like its crying out and sighing about something.”

The Sonic Pavilion is one of more than 500 works by Brazilian and Brazilian at Inhotim, which in itself is a living work of art. It’s a contemporary art complex that’s also a 3,100-acre botanical garden, featuring more than 1,400 species of palms alone. It’s also an active walking experience; an intellectual and aesthetic feast; a natural retreat of enormous calm and beauty; a savvy commercial venture (there are currently nine restaurants and snack bars, a superb infrastructure, and plans for a bevy of hotels); and a conundrum where it’s impossible to know where nature ends and art begins.

The next stop on her journey through Inhotim was the Macchi’s Piscina. Macchi is an Argentine artist that turned his watercolor into a three-dimensional work of art. Along the painted steps of his piece is the alphabet. Although it is encouraged to jump in for a swim, Carol decided to stay dry today. Then it was off to the Galeria Miguel Rio Branco. This work consists of a tree floating above the landscape. The tree may appear to be real, but it is actually made from bronze.  Next stop is Abre a porta, a mural of the local people by artists Johan Ahearn and Rigoberto Torres. The mural showse the local people’s religion, dances, and customs. Carol thought it was fascinating to learn about the local people and their culture. After Abre a porta, they headed to Troca troca. Troca troca are three Volkswagen Beetles that share the same color scheme. This fascinating piece of art was created by Jarabas Lopes. This piece almost made one of Carol’s family want to drive home in a Volkswagen Beetle like a group of circus clowns. Their final stop was The Mahogany Pavilion by Simon Starling. The Mahogany Pavilion is a mahogany boat that stands on its own mast. It was a wonder to see, and it definitely was one of Carol’s favorite pieces she saw. Carol thoroughly enjoyed visiting Inhotim with her family and she highly recommends it to anyone that has a passion for art, nature, beauty and wants to discover something very unique. 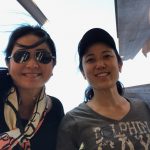 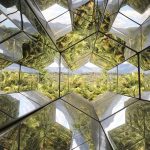 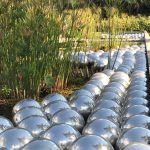 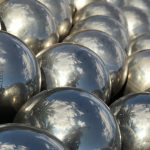 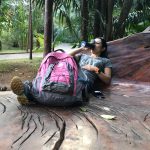 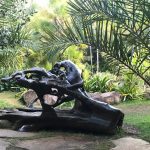 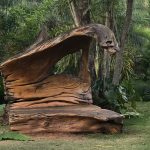 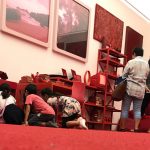 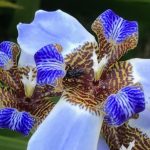 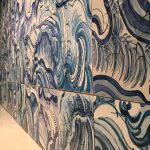 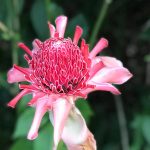 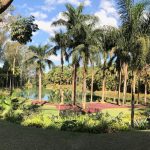 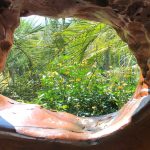 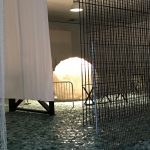 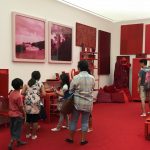 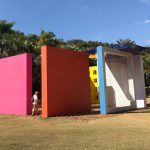 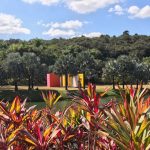 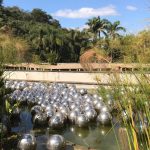