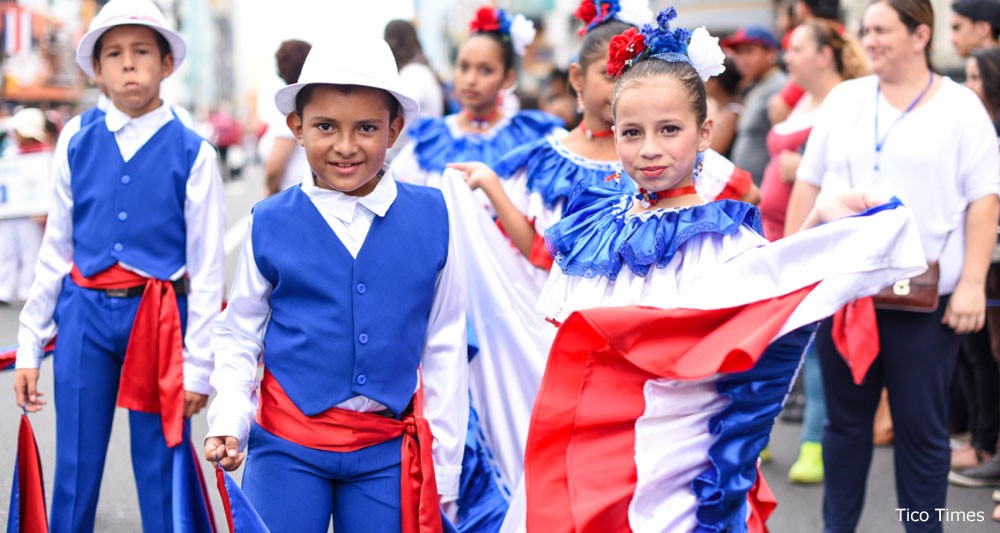 Independence Day in Latin America – Earlier this week, Americans celebrated their independence from Colonial rule. This annual tradition, held each year on July 4, marks the signing of the Declaration of Independence after the Revolutionary War and represents the official separation of the United States from the vast British Empire.

Though the holiday wouldn’t be referred to as “Independence Day” for many years to come, the first celebration of U.S. independence took place July 4, 1777, one year after the “official” signing of the Declaration, with a 13 gun salute to represent each of the original colonies (however, the Declaration wasn’t actually signed until early August 1776).

Today, the Fourth of July is a national paid holiday celebrated in the States with fireworks, barbecues, hot dog eating contests, patriotic parades (including a large one held annually in Washington D.C.) and all things red, white and blue. Oddly, although we think of the Fourth as a uniquely American holiday, we are not the only country to celebrate Independence on this date. Other nations who celebrate July 4 include Denmark and Norway, who recognize it because of the large numbers of Danes and Norwegians who emigrated here in the early 1900s. Additional European countries, including Sweden, Portugal and England recognize the date in relation to U.S. history and their place within it.

Although Latin American countries don’t celebrate Independence Day in Latin America on July 4 each year as we  do in the States, societies throughout Central and South America also have their own independence to memorialize— mostly from the great Spanish empire. Here are some Independence Day traditions commemorated “south of the border.” 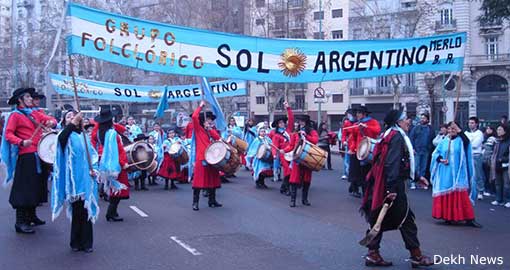 Argentina officially won its independence from Spain in 1816, although other European empires had made their bids to conquer this South American nation as well. Today, most Argentines spend their Independence Day each July 9 by spending time with family and friends, eating and drinking (red wine reigns supreme, as may be expected) or attending political parades, military exhibitions or a special performance at the renowned Colon Theatre in the capital of Buenos Aires. Like our hot dogs here in the United States, Argentines also have traditional Independence Day foods, including locro (a stew made from meat, corn, pumpkin and beans) with crusty bread, pastelitos (sweet fried pastries usually stuffed with jam or sweet potato puree), churros and, of course, served up with mate. 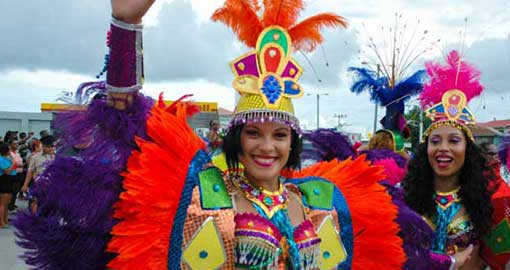 Formerly known as British Honduras, this tiny nation originally was under Spanish rule but was ultimately taken by the Brits, from whom it won independence in only 1981! For Belize, independence was more a process than a revolution, being granted self-government by England in the 1960s before being renamed “Belize” in the ‘70s. It may come as no surprise, then, that Belizean citizens begin celebrating two weeks before their official Independence Day on September 21. The festivities typically begin on September 10 to memorialize the Battle of St. George’s Caye. There are lots of parades, concerts and children’s events and everyone wears the country’s colors (also red, white and blue) and flies the flag. Other events include a Creole-themed Independence Day carnival and the more recent early morning paint festival called J’ouvert. 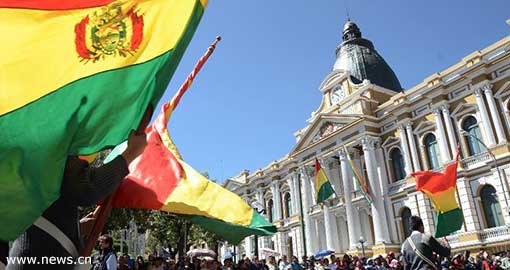 Bolivia, formerly known as both Charcas and Upper Peru for periods of time, technically proclaimed its freedom from Spanish occupation in 1809, but it was another 16 years (in 1825) before the country officially became a republic and was no longer ruled by the Spanish seat in Lima. August 6 is the Battle of Ayacucho. It is observed each year with a presidential address, military parades, carnivals, dancing and marches in which school children carry flags. Many people also attend an early morning mass called Te Deum. Each region also has its own separate Foundation Day throughout the year. During these times, smaller regions and cities honor the day of their decisive battle with the Spanish and consequent separation from the empire— in some places this includes floral offerings to statues that represent local independence. Similar to the United States, Bolivians tend to celebrate by spending time with loved ones. 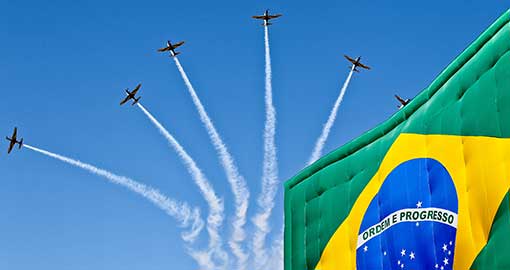 Unlike many other countries in Latin America, there wasn’t really a fight for Brazil’s independence from Portugal— even though Rio de Janeiro is the former capital of the Portuguese empire. Instead, the son of the Portuguese king declared Brazil’s independence and subsequently became the country’s first potentate. Although Brazil did not rid itself of the monarchy and become a republic until 1889, Brazilians still celebrate their independence to mark the date the prince declared sovereignty— September 7, 1822. Most cities host celebrations, including military processions, parades, air shows, picnics, concerts, banners, balloons, streamers and fireworks— some are even almost Carnivalesque— but Independence Day isn’t such a big deal here as in the United States or other South American destinations. 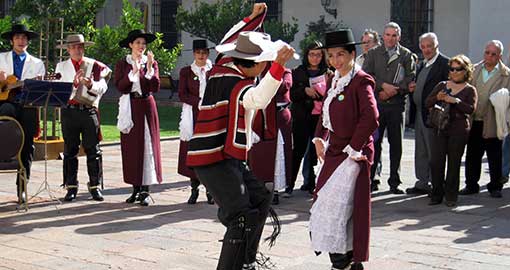 Called “Fiestas Patrias,” Chile salutes its independence from Spanish rule each September 18 with an almost week long celebration in recognition of the day in 1810 when the country declared its autonomy. Nevertheless, Royalist forces weren’t expelled from Chile until 1821 and the last of the empire’s troops didn’t actually surrender until even later in 1826. Fiestas Patrias is a national family-friendly holiday where food, drinks and games prevail both at home and pop-up paid parties called fondas. Families fly kites, couples dance the cueca (the national dance) and everyone eats and drinks their favorites, including empanadas (with beef, onion, boiled egg, olive and raisins), choripanes (grilled sausage) and savory sopaipillas served with mustard and hot sauce. Military parades typically occur the day after on September 19. 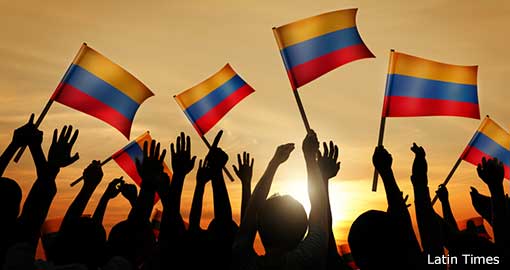 Colombians are an inventive lot and love a good party. In the case of their Independence Day, it is with good reason! For Colombia, independence from Spanish rule began with Simon Bolivar-led riots in Bogota following Haiti’s move toward sovereignty. This was not the first time Colombia had rebelled but, in 1810, it would be the last time the country revolted against the Spanish empire. Since that time and until recent years, Colombia had seen its share of turmoil, but July 20 independence always is celebrated with unparalleled zeal. Annual activities include military parades, political speeches and even a Grand National Concert that takes place throughout the country’s major cities. Families gather to play pick-up soccer games, dance to traditional music and eat feasts of their favorite foods, including empanadas, arepas and tamales. Other less consistent celebrations have included hot air balloon launches and a 17-day walk to trace Bolivar’s journey across the country. 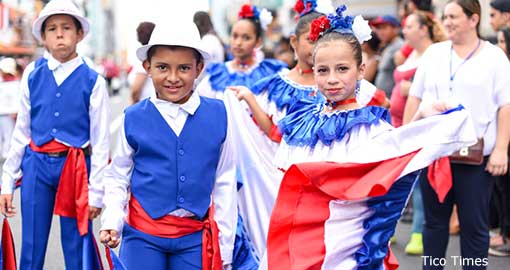 Costa Rica recognizes September 15, 1821 as the inception of its independence, which is the date all of Central America declared its separation from Spain. The country did not become its own sovereign republic, however, until 1838. Like most Latin American nations, Ticos love to spend Independence Day with family and friends raising the nation’s flag and enjoying their favorite foods. Unlike many nations, Costa Rica has no military, so official celebrations are notably absent of military exhibitions. Here, the party begins on September 14 with the Torch Run throughout Central America. This is televised with the national anthem, and the whole country sings along. Afterward, the Faroles (or lantern) Parade takes places to symbolize the Freedom Torch. The next morning, September 15, there is a second national parade with marching bands and hoards of adorable traditionally-dressed children. 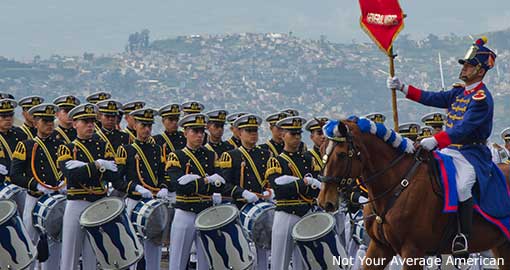 A revolt in Quito on August 10, 1809 (inspired by Simon Bolivar’s success throughout the continent) is what Ecuadorians celebrate each year for Independence Day but, like many other South American countries, that rebellion didn’t actually result in freedom from Spain. Although full separation from the empire didn’t happen until 1822, the country honors August 10 because the Quito uprising was the first major revolt in the country’s almost three centuries of occupation.  In a place where most months of the year include at least one national holiday or major festival, Ecuadorians are oddly reserved in their observance of Independence Day. Officials in Quito do light up the city and have a cultural parade each year, while other municipalities host military parades and cultural exhibits in honor of the public holiday. 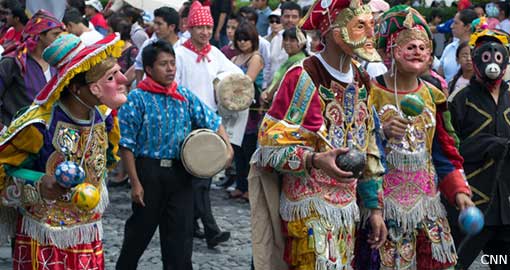 Independence Day is one of the most celebrated holidays in Guatemala, and it’s easy to see why since the events that culminated in autonomy on September 15, 1821 were actually the third attempt to officially break free from Spanish rule. Passionate and patriotic, Independence Day here is a countrywide party filled with parades, flags, dancing, fireworks, marching bands and lots and lots of food. The Torch Run (see Costa Rica above) begins here on its trek throughout Central America, and the weeks leading up to it are filled with community excitement, including selection of festival queens, practicing dances and instruments and more. All of this culminates on the events of September 15, when the day very much centers on Guatemalan children and the torch bearers. Other events include a military parade, air show, village barbecues, greased pole climbing competitions and much more. 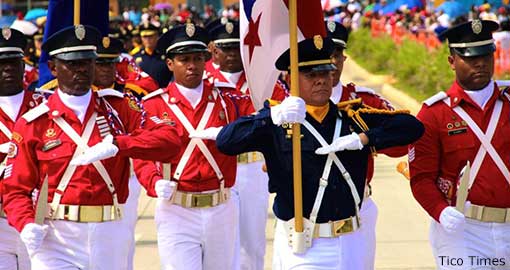 Depending on whom you ask, you may hear that November 3 (the date of separation from Spanish rule) or November 28 (the date the country was given control of the Panama Canal by the United States) is Panama’s official Independence Day. No matter how you slice it, though, November is essentially a month-long celebration in this beautiful Central American destination. Other major holidays during the month include Flag Day, Day of the Dead and even a smaller holiday related to independence. For these reasons, November often is referred to as Independence Month with the country all but shuts down. November 3-4 is the sanctioned government-sponsored parade with full military dress. It begins at midnight with the playing of “Dianas” and citizens dressing in national colors or traditional folk dress with streamers and wreaths. The largest parade is in the capital of Panama City, but other areas also celebrate throughout the month. 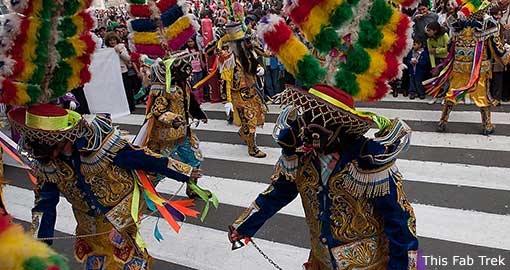 Like Chile, Peru’s Independence Day is called Fiestas Patrias. It is considered the second most important observance of the year and is celebrated as a public holiday both July 28 and 29 in recognition of inde pendence from Spain at the hands of an Argentine general who enfranchised the populace in 1824. Festivities typically begin with a 21 cannon salute and presidential speech to Peruvian citizens. This is followed by the raising of the flag, large military parades, fireworks, bullfights, flag flying, fairs and exhibitions with traditional cuisine and handmade crafts. Government officials usually attend the Te Deum Mass in the morning. Countryman’s Day (June 24) and Armed Forces Day (July 29) also are observed in late June and throughout July, making the month of July a popular and quite fun time to visit Peru. 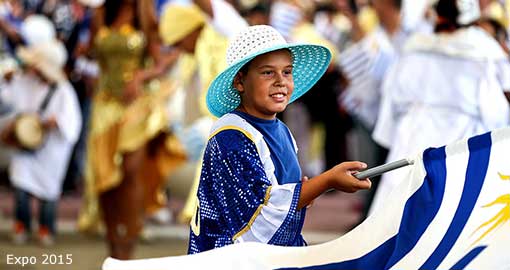 Uruguayans are renowned for their ability to throw all-night parties, and this revered holiday is no exception with events beginning in the afternoon and going full tilt until early morning. Not only is Uruguay’s Independence Day (celebrated on August 25) a time to honor national heroes, remember national culture and pass tradition onto children, it also is a time for major shows of patriotism and celebration. The country ultimately gained its independence from Spain in 1825— though Spain and Portugal fought over the territory for some time with Britain stepping in as negotiators to finally clinch autonomy for the country— and Independence Day each year since has been marked by large parades, the hoisting of flags, concerts, fireworks, music and dance. They say Montevideo has “the most colorful” festivities, but other regions throw their own soirées too.

If you’d like to experience Independence Day in Latin America from a Latin American perspective or just take your Fourth of July vacation “south of the border,” call us today to begin planning your dream vacation to one of these amazing Central or South American destinations.