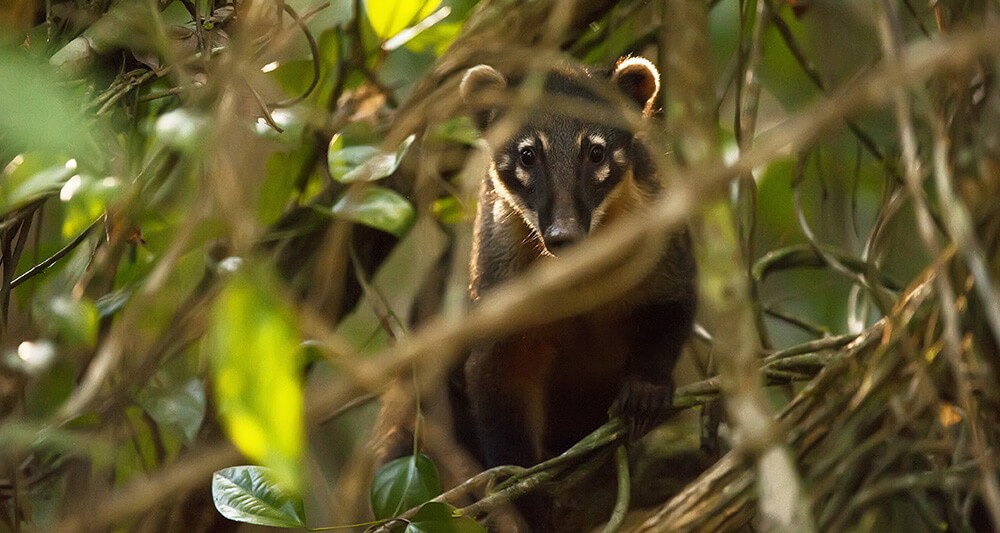 In 1973, at a time when commercial interests often outweighed the wellbeing of the planet’s plants and animals, the United Nations drew up an international treaty to “protect wildlife from over-exploitation and to prevent international trade from threatening the survival of species in the wild.” This global agreement between governments was called the Convention on International Trade in Endangered Species of Wild Fauna and Flora (CITES), but many people were unaware of its existence.

In fact, it’s been only a little more than three years since the United Nations General Assembly first designated an annual day of celebration in honor of CITES. Since that time, we’ve commemorated the occasion each year on March 3 under the auspices of U.N. World Wildlife Day. This annual observance is designed to raise awareness around our planet’s wild plants and animals and inspire people to act both locally and globally to protect endangered wildlife.

The theme for World Wildlife Day 2017 is “Listen to the Young Voices.” It is designed to encourage young people to engage with the world around them, as well as empower them to become agents of change. We could all learn a little something from our youth about rallying together to combat “major threats to wildlife including habitat change, over-exploitation or illicit trafficking.”

Many of our Latin America tours involve a wildlife component, and we’re always mindful to partner with those who promote sustainable tourism that is good for the local community— including its wildlife.

In honor of World Wildlife Day 2017, we wanted to share our top 10 places in Latin America to get up close and personal (in a safe and sustainable way) with the local wildlife: 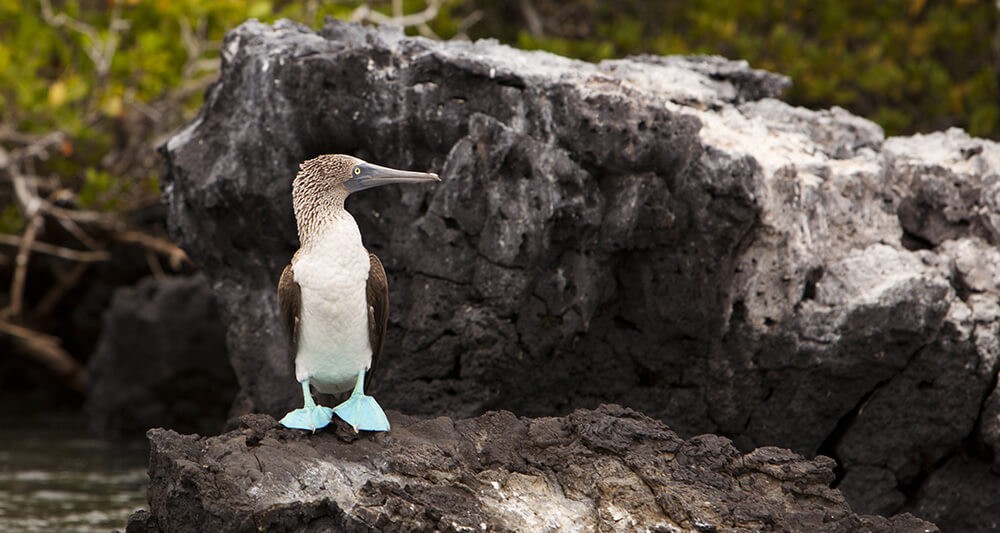 Often referred to as a “living laboratory,” the Galapagos Islands span more than 50,000 square miles off the coast of Ecuador. It’s a bucket list trip for divers, adventurers and conservationists noted as the birthplace of Darwin’d theory of evolution. The UNESCO World Heritage Site is home to “some of the highest levels of endemism” found anywhere on the planet, making it the top spot in the world for wildlife tours. Approximately 80 percent of the land birds, 20 percent of the marine species, 30 percent of the plants and a whopping 97 percent of the land mammals and reptiles are found nowhere else on Earth.

The Amazon is an ecological paradise covering nearly three million square miles. It represents more than half our planet’s remaining rainforest and is home to the biggest collection of flora and fauna in the world, including some 2,000 bird and mammal species, 2.5 million insect species, almost 1,000 amphibian and reptile species and at least 40,000 plant species. Although the Amazon spans several countries, we find the Peru section to be among the best places on Earth for a bit of wildlife spotting. 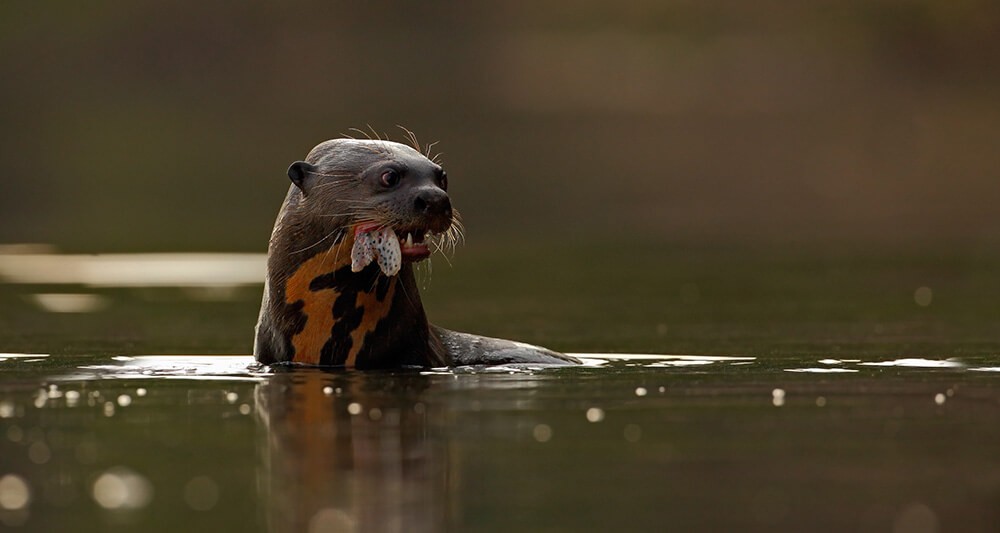 The Pantanal is the world’s largest tropical wetland and a rich and diverse resource for the countries it inhabits. Nowhere is this more true than in Brazil. Although the area is not as well known as its Amazon neighbor, the wildlife spotting is actually better in the Pantanal than in the Brazilian Amazon. At least a dozen ecosystems have been identified here— each with its own unique attributes— and it is estimated that some 300 species of mammal, 1,000 species of bird and 9,000 species of invertebrates call the Pantanal home. 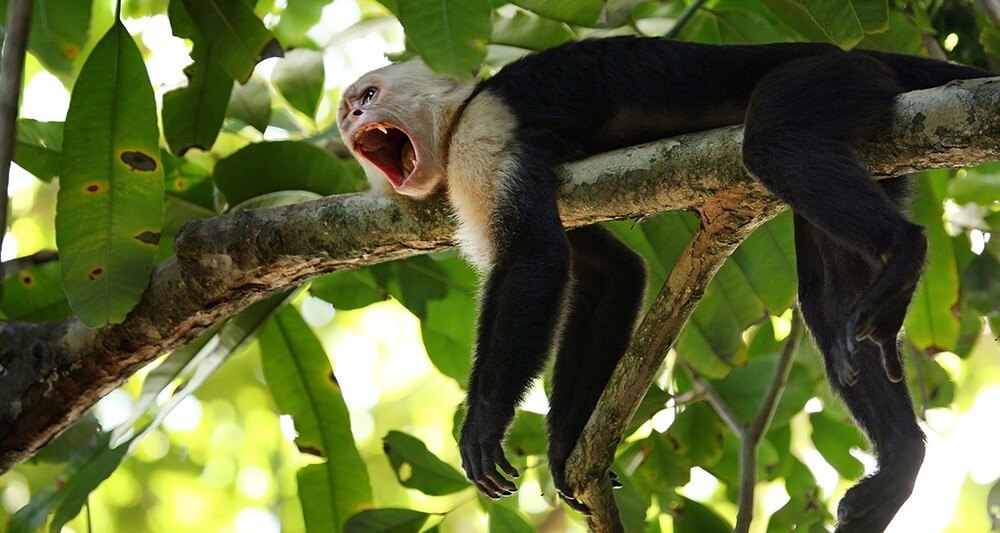 Anyone who regularly reads our blog knows Corcovado is one of our most favorite places on Earth. We count it among our favorite marine reserves, best SCUBA and snorkel locales, best beaches, best national parks and top UNESCO sites. It’s also one of “the most biologically intense places” on the planet, and it’s only 160 square miles! Sometimes called “the Amazon of Costa Rica,” Corcovado is located on the hard to reach Osa Peninsula and is home to almost 400 bird, 140 mammal, 117 reptile and amphibian and 6,000 insect species. 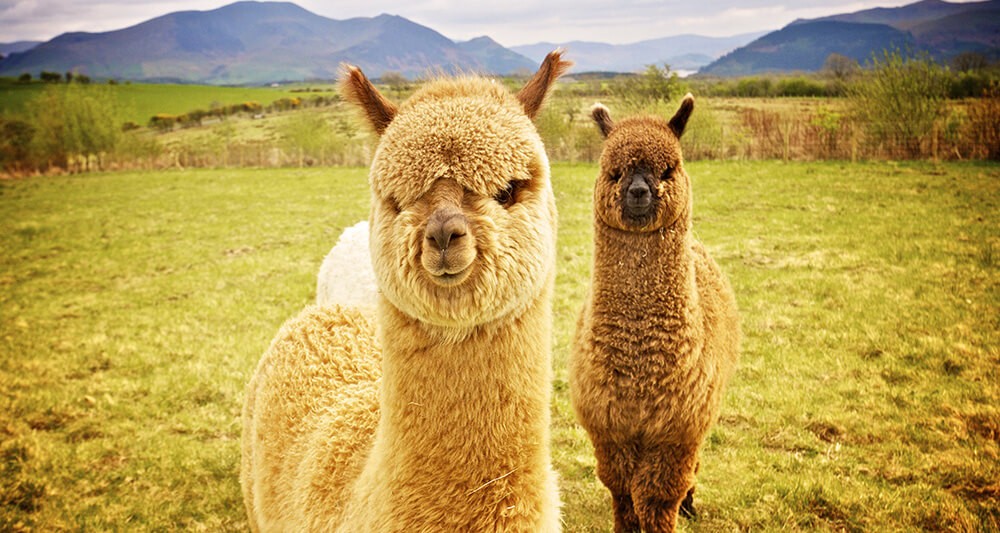 A UNESCO Biosphere Reserve, Chile’s Torres del Paine is located in Patagonia— another popular bucket list trip. Aside from the spectacular scenery, including towering snowcapped peaks, icy glaciers and rugged grasslands, a major draw to the area is its unique flora and fauna. There are 26 mammal species and more than 100 bird species within the park’s borders, and it’s not uncommon to see these creatures simply relaxing in their natural environment unwary of human interaction. Keep your eyes peeled for the Andean condor, the South Andean deer, puma and more. 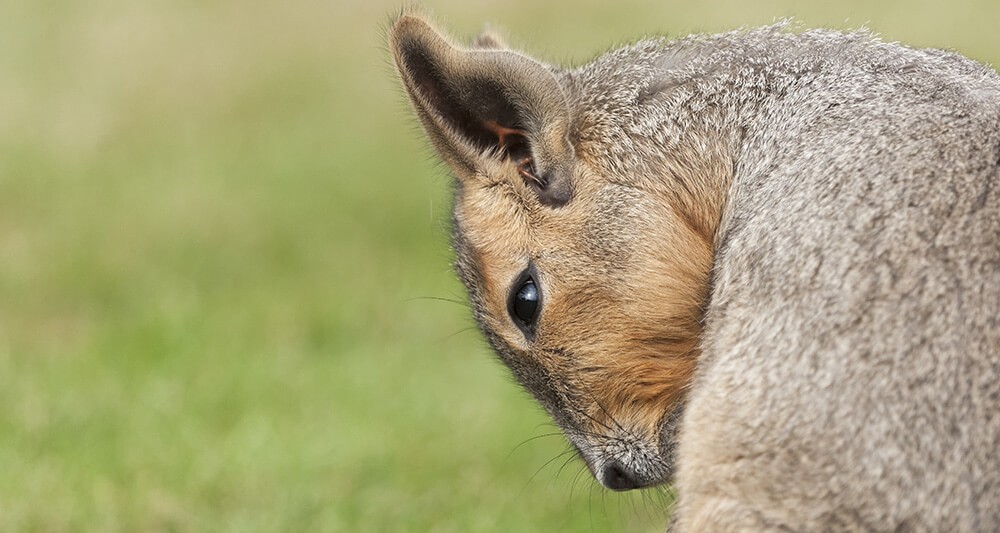 Also in Patagonia, but on the Argentine side, lies Esteros del Ibera. It’s a regular haunt for wildlife photo safari enthusiasts and boasts a designation as a Ramsar Place for its delicately balanced ecosystem. This important wetlands are home to complex systems and amazing biodiversity, including numerous vulnerable and endangered species on the brink of extinction. Cariyu, Muscovy ducks and swamp deer are commonly seen in this area, which is a welcome side trip from the more popular Iguassu Falls due to its close proximity. 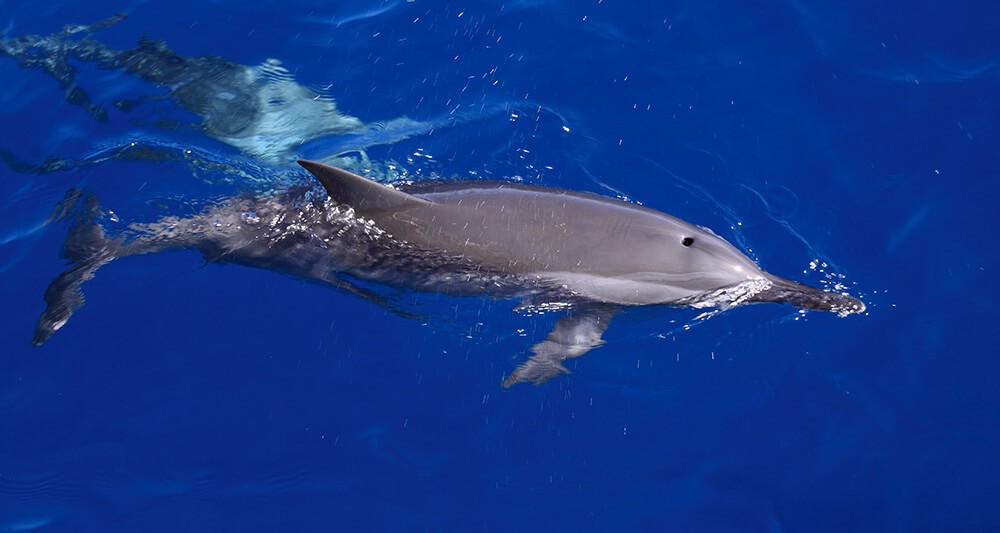 Fernando de Noronha is both a national marine reserve and an island unto itself— both located some 200 miles from the Brazilian coast and on the UNESCO list of sites of Outstanding Universal Value. The nearly 2,200-acre environmental protection area is highly prized for its biodiversity, while the island admits only a limited number of visitors each day. Not only is it important to plan ahead, but you may want to make a list of protected species to see here both in and out of the water.  Our favorite? Several varieties of sea turtle, including the loggerhead, the green, the Olive Ridley and the Hawksbill. 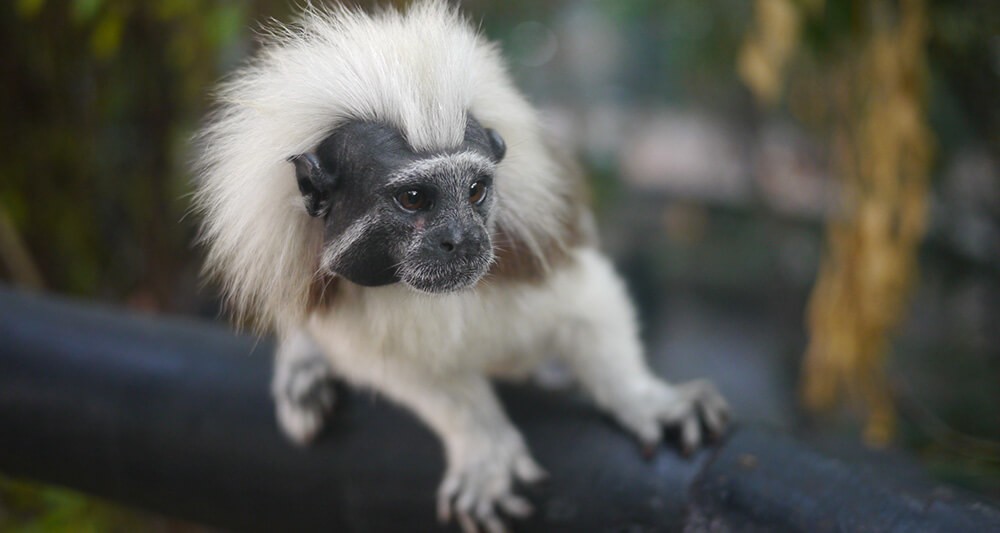 If you’ve always wanted to see one of the world’s most dangerous animals but haven’t wanted to make the trip to Africa for a safari, you’re in luck. Infamous kingpin Pablo Escobar left more than an opulent home in Colombia— he left his pet hippos. Many of these huge troublemakers have been relocated but there are groups (some say numbering up to 100) that have escaped and become feral living in area lakes around Puerto Triunfo. Although many locals love these guys, they can pose a real threat to humans as they search for food or protect their young. As such, they should be treated with the utmost respect should you visit the area. Maybe the adorable monkeys are safer. 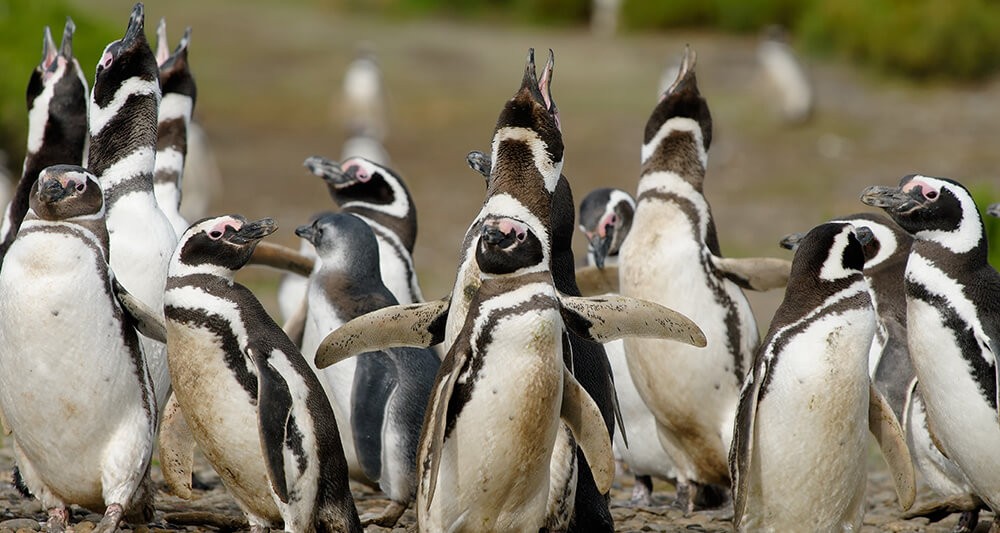 A truly stunning and unique destination, the Valdes Peninsula (also in Argentina’s Patagonia) is on the Atlantic coast and is one of the most important whale-watching destinations in the world. UNESCO has designated it a World Heritage Site, stating the area has “global significance for the conservation of marine mammals.”  In addition to many species of whale (including orcas and southern right), visitors here can expect to see sea lions, elephant seals and penguins in their natural habitat and en masse. Add the scenic vistas to the mix, and you’ve got a recipe for a pretty unforgettable vacation. 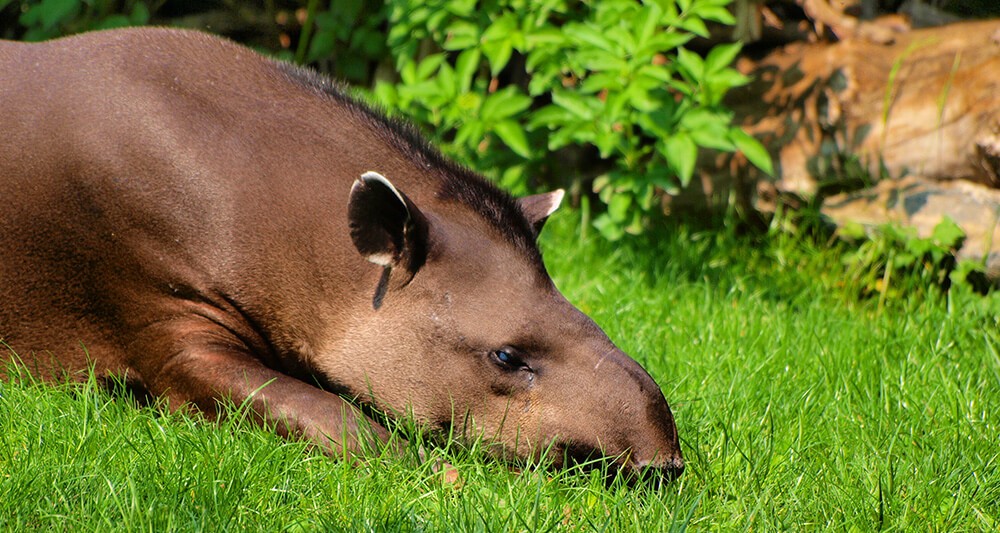 Located in the north of Guatemala and stretching into Belize, the Maya Biosphere Reserve is the biggest continuous tropical rainforest in the country. It houses a UNESCO World Heritage Site, five national parks and a RAMSAR Wetland of International Importance, as well as almost 3,000 species of plant and some of the most sought after photo safari animals found it Latin America. Keep your eyes peeled and your lens focused for ocelots, pumas, jaguars, tapers and scarlet macaws among others. Don’t miss climbing Tikal while in this area… it’s a great vantage point for spotting wildlife!

Whether you want to plan a whole photo safari vacation or just add some wildlife spotting tours to your larger Latin America trip, contact us today to begin planning your dream journey. Happy World Wildlife Day!