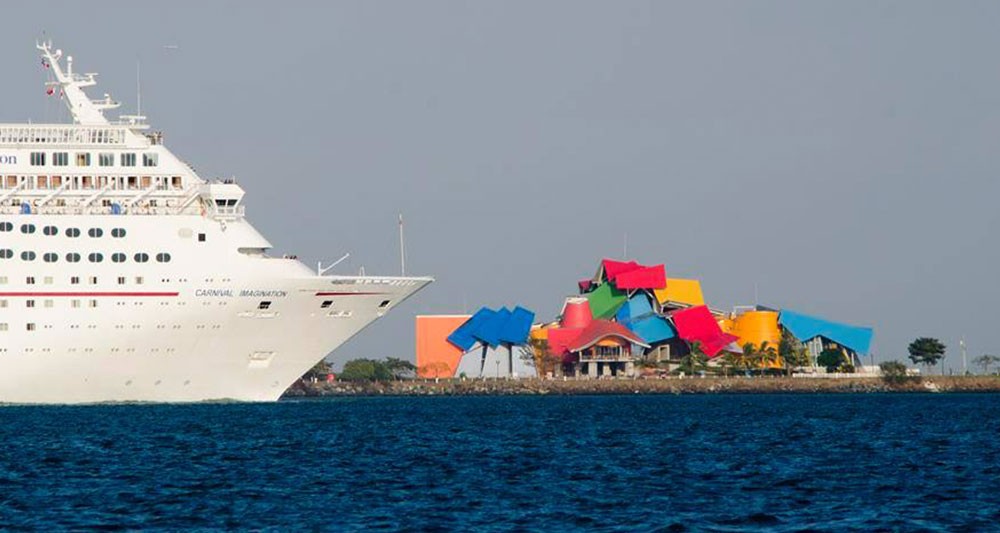 Considered by travelers to be amongst the best attractions for getting a glimpse into the culture and history of a place, museums also are an excellent measure of the economic climate of an area, as they have far-reaching impact beyond their own walls and draw the “creative class” to a city.

The 2012 Museum Index, and its sister report, the Theme Index, by the Themed Entertainment Association shed some light into why the masses flock to these repositories of humankind’s most prized works. In fact, 20 million more tourists in Europe visit museums than theme parks each year and nearly 57 million visitors to North America plan stops at its museums of science, natural history and art. Unfortunately, the Museum Index doesn’t account for Latin America, so we thought we’d share our favorite museums in Central and South America (listed by country in alphabetical order).

Whether you’re looking to get back to nature, see the stars, take in the masters or be wowed by architecture and contemporary art, the museums to our south leave nothing to be desired.

Opened in 2006, the Tigre Municipal Museum of Fine Art houses a permanent collection of 19th and 20th century Argentinian figurative art by renowned masters, including Pellegrini, Quiros, Berni, Soldi, Sivori, Spilimbergo and Quindela Martin. The original structure, built in 1890 and opened in 1912 as the Tigre Club and casino, is a fine example of the belle époque architecture prevalent in Argentina at the time. It stood for two decades as a social center and gathering place for the city’s residents but, unfortunately, economic collapse in 1930 and a law prohibiting gambling in 1933 forced the abandonment of the building and destruction of its neighboring Tigre Hotel. Reclaimed by the city in the early ‘70s, the museum today is a reminder of the country’s decadent Centennial. Ideal for Argentinian art lovers and architecture aficionados.

The Museo Nacional de Bellas Artes is a free national museum in an historic building originally built in Paris and moved to Buenos Aires in the early 1900s. It houses the largest public collection of art in Latin America, including more than 12,000 pieces by some of the most renowned international and Argentinian artists of all time. Within its 24 exhibition halls, visitors will find works by Van Gogh, Manet, Gauguin, Rodin, Rembrandt and Degas, as well as local masters, such as Candido Lopez, Pueyrredon, Della Valle, Carcova and many more. The collection of European art is widely considered to be the most culturally important in the region, while that of Argentine art is thought to be the most important across the globe. Ideal for European and Argentinian art lovers and history buffs.

Once the private hideaway of mining magnate Bernardo Paz, the Instituto Inhotim today is a “museological complex” spanning more than 5,000 acres of botanical gardens with 4,500 plant species, as well as 20 galleries and open-air pavilions. It began in the 1980s when Paz began purchasing land surrounding his farmhouse to keep it out of the hands of developers he worried might ruin the environment. Acting on the advice of friends, landscape architect Roberto Burle Marx and artist Tunga, Paz converted the farm to gardens and began collecting contemporary art. The project ultimately opened to the public in 2006 with at least 500 works on display. Since that time, additional installations have been added to what is widely considered the most world-class collection of contemporary art in Brazil. Ideal for nature lovers, honeymooners, contemporary art collectors and floraphiles.

A Brazilian coined the term, “The Beautiful Game,” and there isn’t much they love more than football. So, it only makes good sense the world’s first true national soccer museum should sit smack in the center of São Paulo. There is more than 100 years of footballing history in country, and the Brazilians have won more FIFA World Cup tournaments than any other nation. This is why, in 2008, the former São Paulo mayor and current governor conceptualized this museum as a beacon, for tourists and locals alike, of just how intrinsically tied Brazilian culture is to the sport. The Football Museum “pays homage to players, coaches, journalists and fans” who have transformed the game from an English import into the heartbeat of a nation. Ideal for families, general sports fanatics and soccer hooligans.

Established in 1880, the National Museum of Fine Arts is the oldest museum of its kind in all of South America and a major center for both Chilean art and South American art at large. The Beaux Art style building, designed by a French-Chilean architect, today houses a permanent collection dating back to Colonial times, as well as one of the globe’s largest collections of work by renowned tapestry artist Jean Lurcat. Although the museum is primarily recognized for its regularly rotating temporary exhibits, architecture lovers come from the world over to see the main hall’s glass cupola, reportedly weighing in at more than 5,000 pounds, which was designed and constructed in Belgium then shipped to Chile in the early 1900s. Ideal for Chilean and South American art lovers, architecture aficionados and tapestry collectors.

A joint venture by The Institute of Natural Sciences of the National University of Colombia and the Ecological Farm Foundation of Pornevir began restoration of this fine example of French architecture in 2011. Once an abandoned hotel, designed by Carlos Arturo Tapias in 1923 and rumored to be haunted, the structure was abandoned in the 1990s due to river pollution. Today, The Tequendama Falls Museum of Biodiversity, overlooking the Bogota River and Tequendama Falls, houses an ecological museum just 20 miles southwest of Bogota. It’s first exhibit was Caverns: Ecosystems of the Underground World, and its current exhibit is based on the work of French explorer and botanist Aimé Bonpland. Between 1799 and 1804, Bonpland identified more than 6,000 South American plants previously unknown to Europeans. Ideal for nature lovers, architecture aficionados and waterfall enthusiasts.

With a collection of more than 55,000 pieces, 6,000 of which are on display across its permanent exhibition rooms and regional museums, the Gold Museum of the Banco de la República is the biggest collection of Pre Hispanic gold work in the world. Parts of the collection have traveled abroad to share Colombian heritage more than 200 times since 1954, but if you’d like to truly be surrounded by what indigenous cultures considered a scared metal, no visit to Colombia is complete without a visit here. Don’t miss the famous Muisca’s Golden Raft, representing the El Dorado ceremony, as you learn about the preservation of these impressive works of art, as well as other archeological collections, including lithics and ceramics. Ideal for culture junkies and people who wish they’d been prospectors.

The Quito Astronomical Observatory, founded in 1873 and modeled on the Observatory of Bonn in Germany, is one of the oldest astronomical observatories in South America. The building was restored to its former glory in 2009 and, today, visitors here will find one of the most relevant collections of scientific instruments in the world. Among the extensive collection, be sure to keep a look out for a refracting telescope and meridian circle constructed by famed German scientist and designer of astronomical instruments, Repsold himself. Although the Quito Astronomical Observatory museum is certainly a draw of its own accord, it is the working observatory that attracts thousands annually thanks to Ecuador’s unique geographic position allowing for solar-physics studies to be performed year-round. Plan ahead to schedule night observations. Ideal for stargazers, honeymooners and science geeks.

The newest of our favorite museums, Biomuseo (also known as The Biodiversity Museum: Panama Bridge of Life) was conceived in 1999 and opened in 2014. Designed and donated to the people of Panama by world renowned architect Frank Gehry, the museum is a behemoth and quite a work of art in itself. Located along the shores of the Amador Causeway in Panama City, this is the first design by Gehry in Latin America, whose wife is Panamanian. Biomuseo contains eight permanent exhibits, in partnership with the Smithsonian and the University of Panama, highlighting the incredible biodiversity of the country. While there, check the museum schedule for concerts and other community events held on its grounds. Ideal for nature lovers, art lovers, architecture aficionados and Gehry groupies.

What began in 1972 as a private circulating collection evolved into much more than simply another modern art museum when it landed in its permanent location in 1979. The Museo del Barro, or “Museum of Clay,” features three distinct divisions, including a native arts museum, a pottery museum and a contemporary art collection with 3,000 works by South American artists. Within its three division, visitors will find drawings, prints, paintings, sculptures and mixed media, as well as some 4,000 indigenous baskets, masks and other items constructed of metal, fabric and wood and more than 300 pieces of Pre Columbian ceramics dating as far back as the 17th century. There is truly no other museum quite like it in Latin America for truly walking amongst cultural history. Ideal for history buffs, culture junkies, art lovers and armchair archeologists.

If a trip to Montevideo, the capital and largest city of Uruguay, is in your future, a visit to the National Museum of Visual Arts is a must see. Opened in 1911, this museum has the largest collection of Uruguayan art in the world. In addition to permanent exhibitions including artists such as Pablo Serrano, Juan Manual Blanes, Pedro Figari and many more, the museum also houses rotating temporary exhibitions of both native and foreign artists on loan or tour from international museums. Ideal for art lovers.

If you’re ready to get a glimpse of the culture and history of Latin America, call us today to begin planning your dream getaway to Central or South America. We’ll be sure you get to see some of our favorite museums.