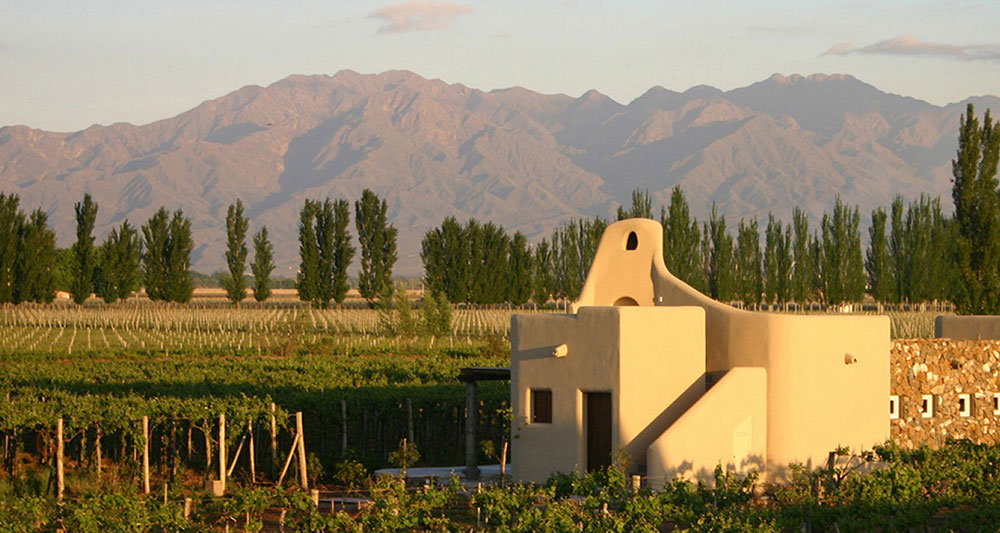 VIP Trip Designers have shared Argentina Wine Tours we Love! From arid desserts and cascading waterfalls, to lush forests and even magnificent glaciers, Argentina is a land of picturesque and diverse beauty, abundant natural resources and an ancient and storied culture. It also is home to, perhaps, the richest history of winemaking outside of Europe, primarily in its sweeping plains and wide valleys. All in all, there are just shy of 230,000 hectares of vineyard in Argentina, producing red, white and even sparkling and rosé varietals, making it the fifth largest wine producer in the world and the largest in South America today.

This is why we, here at VIP, simply love booking wine tours of this wondrously authentic South American nation. But, the enjoyment of Argentinian wine tours lies in much more than just its richly colored and aromatic wines, which is why we believe the very best tours combine a bit of culture too. Immerse yourself in the most interesting cultural centers, while exploring the vineyards of Argentina. It will tickle your palate, delight your senses and turn you into a storyteller all at once.

Here are our can’t miss locales and must do activities from the North down to Patagonia (yes, they make wine down there too):

Before hitting the road to the remote wine regions, start with dinner in Buenos Aires at Un Aplauso pa’l Asador where folk dancing, music and the discovery of traditional asado secrets makes for the perfect introduction to the basics of Argentina’s regions, wines and pairing principles.

Then, head out to explore the three distinct wine regions (and their many subregions) of Argentina.

We’ve heard it said that the worst roads lead to the best grapes, and the Andean North, including Salta (Cafayate region), Tucuman and Catamarca (Tinogasta-FIambala region), exemplifies this sentiment. Here, the elevations are high and the summers long, allowing for grapevines to grow very well. Many red varietals are produced in the northern valleys, especially Malbec, Tannat and Cabernet Sauvignon but also Torrontés, Syrah, Bonarda and others. As an aside, these are the highest altitude vines in the world.

While the more popular Mendoza region exudes a sophisticated European vibe, the northern region, including the prestigious Calchaquies Valley and Cafayate, is a much more authentically South American affair with an unhurried pace and colorful culture. While in Salta, get in touch with the history of winemaking at the unrivaled Estancia Colome. It’s the oldest working winery in the country, and one of our favorites. Patios de Cafayate is another fantastic winery, producing sun-scented whites and soulful reds in an idyllic setting.

In this region, you’ll find remnants of a neo Colombian civilization, Colonial and baroque architecture, Peruvian-inspired textiles and some pretty imposing vistas. The Parish Church, Town Hall and Regional and Archeological Museum in Cachi are worth a visit, and they say the town is so magical it actually makes people live longer. Keep an eye out for the jagged reddish sandstone formations along the way, as you head south to Cuyo. The drive south is just under 250 miles but speckled with a myriad of smaller wineries along the way.

Cuyo, lying between the northern highlands and Patagonia at the Andean foothills, is home to Uco Valley and its world famous Mendoza region, as well as lesser known La Rioja and San Juan.  Home to some of the oldest and most traditional wineries in Argentina, this area is known as “the land of Malbec” and produces high altitude vineyards, renowned international projects and a European vibe. In addition to the red varietals like Malbec, Torrontés, Bonarda and Syrah, whites also can be found in this area including Chardonnay and Sauvignon Blanc.

When in Cuyo, be sure to check out the area’s smallest winery at La Azul, as well as one of the largest at Trapiche. They produce 10 percent of all wine in Argentina and have been around since 1883. Salentein winery has its own modern art gallery, while Ojo de Agua winery produces high quality organic wine and combines it with fresh local produce for a premium foodie experience. Be sure to visit the family-owned Caelum winery, where the daughter does double duty as the sommelier.

There are a number of ways to immerse yourself in the culture of the region. Take a cooking class at the understatedly elegant Cavas Wine Lodge, and pay a visit to their private wine cellar stocked with the finest local labels. Explore the countryside on horseback, or visit the Chacras de Coria Sunday market to hunt for antiques and buy souvenirs from the artist market. For a truly off-the-beaten-path experience, we love a visit to Karim Mussi’s personal wine cellar for tastings from each of his projects.

Although still the vast expanse of mountains, lakes and glaciers it always has been known for, Patagonia today also has become something of a mecca for high end winemaking. This tradition began in the northern Patagonia region of Rio Negro a century ago but has expanded into nearby La Pampa and Neuquen as well over the last decade. A number of varieties are grown and produced here, including Malbec, Pinot Noir, Merlot, Cabernet Sauvignon, Syrah, Sauvignon Blanc and more.

Although the main draw of Patagonia lies farther south in the explorer chic “end of the world,” the northern area has some of the best off-the-grid wines on the planet. Once you’ve sampled all Rio Negro, La Pampa and Neuguen have to offer, why not head south, settle into a VIP suite on a glacier boat tour and sip that Malbec you just picked up at the winery.

If you’d like to sip and swirl your way through Argentina, contact us today to begin planning your distinctive tailor-made journey of the Argentina wine regions.