Zika continues to be a daily news headline, as the virus (carried by the Aedes aegypti mosquito specifically) spreads across the Pacific Islands, the Caribbean and Central and South America. 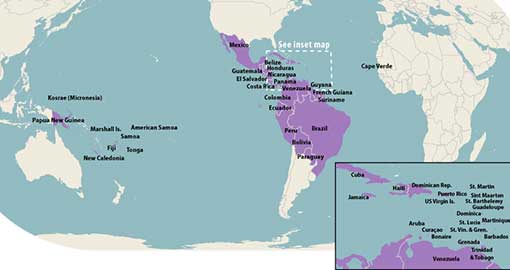 There even are travel-associated cases in the southern continental United States, but NO LOCALLY-ACQUIRED CASES HAVE BEEN REPORTED AT THIS TIME—

there is good news to be had as well!

No matter where you’re going, whether it’s the upcoming 2016 Rio Summer Games in Brazil, a Mayan jungle tour in Guatemala or a beach retreat in Costa Rica, there are a few things travelers can do to minimize the risk of contracting Zika:

Despite the spread of Zika Virus and lack of effective vaccine, there is some good news:

Please feel free to call our office to discuss specific destinations and general precautions for travel during this time; however, all concerned guests also should consult their doctor prior to making vacation plans.

*Compiled facts from CDC, WHO and Ray Pierce.