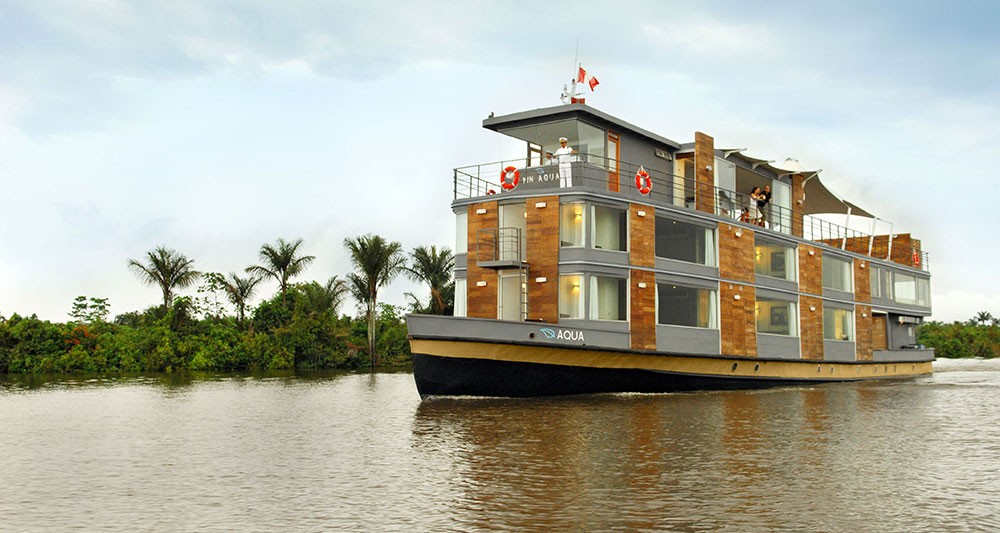 On July 14, Peruvian authorities notified the public that armed bandits wielding high caliber weapons boarded the Amazon Discovery via small craft and robbed tourists, including 21 Americans, six Australians and two New Zealanders. Thankfully, no one was seriously injured; however, the assailants got away with about $20,000 worth of personal valuables. Almost two dozen Peruvian crew also were on board at the time.

Although the Amazon Discovery is a new vessel, dropped into the water in 2015, armed bandits in this part of the Amazon, though infrequent, are not unheard of. There is a river protection strategy in place to help prevent armed attacks, and the boats of several operators now take their voyages accompanied by uniformed armed guards, local police or plain clothes officers.

On July 16, Peru’s Amazon operators took another devastating hit when the Aqua Amazon experienced an explosion that resulted in the boat capsizing. The source of the fire and subsequent explosion is still under investigation by the company and local authorities, but five crew and two suppliers initially were missing with an additional eight crew members recovering in the hospital following the explosion. Since the accident, two of the crew have been identified and recovered. Five still remain to be found and are presumed dead. No passengers were on board at the time of the explosion.

Many of the Aqua Amazon crew had been with Aqua Expeditions since the company’s inception in 2007, and we’ve had the distinct pleasure of working with and traveling with them on numerous occasions. Our hearts go out to their families, friends and our partner during this extremely difficult time.

Aqua Expeditions is ensuring those in hospital are getting the best care possible and also has created a fund for victim’s families to honor their memory.

Please reach out to us with any questions or to discuss concerns over travel to the region. Despite the recent circumstances, we remain confident in our partners and in the Peruvian Amazon experience.