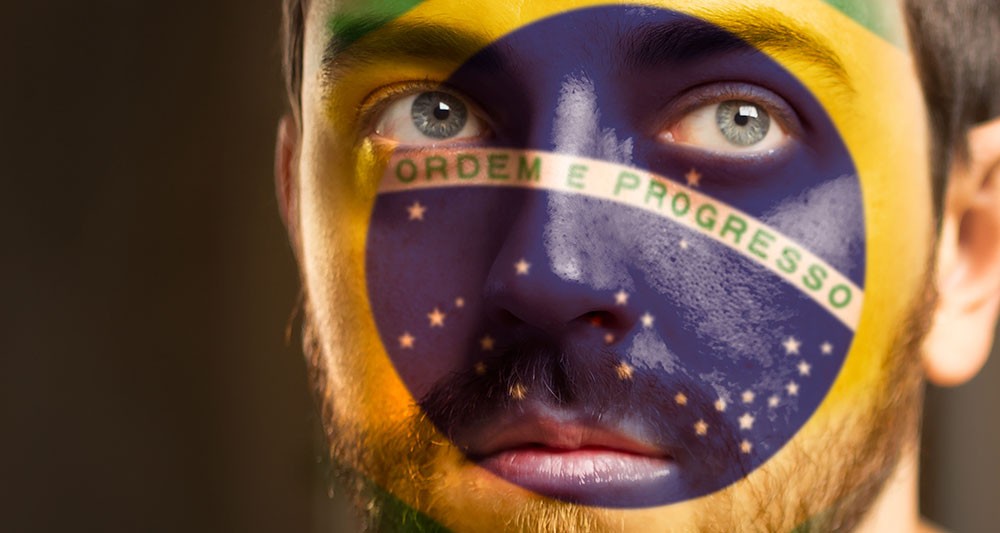 Whether you call it soccer or football, the sport affectionately referred to as “the beautiful game” is the most popular sport in the world. Two of its biggest stars rank in the top 10 highest paid sportsmen. Five out of 10 of the world’s highest attended sports leagues are soccer leagues. And, an estimated 600 million people watched the World Cup final in 2014— an event preceded by 200 countries vying for a coveted spot in the 32-team tournament.

Outside of Europe, there is no denying South American squads largely have dominated the sport throughout history with powerhouse national teams like Brazil, Argentina and Uruguay collectively accumulating nine wins and five runner-up spots out of 20 tournaments. Brazil alone took five of those wins and is the only country in the world to have secured a place in every World Cup competition.

It’s played by kids on dirt fields with tires as goals in villages across the world and on the sides of steeps cliffs in the jungle. It’s played by teens on the streets of busy cosmopolitan cities and on well-manicured lawns in the suburbs, and there’s certainly something about seeing those kinds of pickup games that adds something to a traveling fan’s trip away from home. But, being a part of the crowd in a major stadium— whether catching your favorite team or just the local vibe— can be a life-changing experience for sports fans.

The world has many cathedrals of soccer, including a floating pitch in Singapore, but here, listed from our most favorite on down, are our Top 10 Cathedrals of Soccer in Central and South America:

Constructed in 1950 for the FIFA World Cup and renovated before the last World Cup tournament in Brazil, the Estadio do Maracana is one of only three FIFA Classic Stadiums in Latin America. It holds the record for the largest attendance in soccer history at nearly 200,000 before construction was even complete and, although not the largest stadium in the world, it was, for most of its life, the largest in Latin America. Here, in the shadow of Christ the Redeemer, is where the renowned Brazilian National team plays and where Pelé scored his 1,000th goal.

Built to host the first ever FIFA World Cup final in 1930, Estadio Centenario or “The Centenario,” as its more regularly called is the second of the three FIFA Classic Stadiums in Latin America and a  FIFA Monument of the Game. Here in the country’s capital, the Uruguay National Team still takes the pitch at The Centenario, which has been enlarged several times over the years and currently holds a capacity crowd of around 74,000 fans. Don’t be fooled by the rather nondescript exterior of the stadium; Inside is a truly spectacular sight.

Named for a former club president of home team River Plate (AKA The Millionaires), Estadio Antonio Vespucio Liberti (more commonly called River Plate Stadium or El Monumental) rounds out FIFA’s Classic Stadiums in Latin America. Opened in 1938, it took almost 40 years to see the original design come to fruition due to the financial constraints of building on marshy land reclaimed from the Rio de la Plata, making the home team’s nickname perhaps the most ironic in football history. With a capacity of more than 67,000, El Monumental hosted the 1978 World Cup final and four Copa America finals. Today, it’s home to the Argentine National Team.

Despite once being banned from international play due to its altitude, El Estadio Olimpico Hernando Siles is a national treasure to Bolivia and home to several major international football upsets. It is the home pitch to three major football clubs, including La Paz FC, The Strongest and Club Bolivar and the site where Bolivia beat Brazil in 1994 World Cup qualifying and took down Argentina 6-1 in 2009. It was Brazil’s first defeat in 40 years of qualifying and the worst defeat for the Argentine side in 60 years. Named for Bolivia’s 31st president, it is the country’s largest sports complex and one of the highest altitude stadiums in the world at more than 8,200 feet above sea level.

The home of popular Argentinian team Boca Juniors (who also own the stadium), Estadio Alberto J. Armando or La Bombonera literally shakes from the acoustics created by its unique shape, where one stand is flat while the other three are quite steep. La Bombonera translates to “chocolate box,” but this iconic stadium is perhaps known for its dedicated fans and raucous crowds, which opponents often refer to as “the 12th man.” Completed in 1940 and often boasting capacity crowds of 49,000+, the stadium also includes a Hall of  Fame and the two-story Passion of Boca Juniors museum chronicling the club’s rise from 1905 to present.

Built in 1987 with the ability to hold nearly 60,000 fans, Estadio Banco Pichincha is home to Barcelona SC (not to be confused with Barcelona FC out of Spain). It is rumored Pelé was so impressed with this cathedral of soccer when first he saw it in Ecuador that he said it was one of the most beautiful stadiums in the world and compared it to Brazil’s Maracana.

With the Andes Mountain range rising as a backdrop, Estadio Monumental (sometimes called Coloso de Ate or simply La U) opened in 2000 with a capacity of more than 80,000, surpassing Brazil’s Maracana as the largest stadium in South America. It was built according to FIFA technical specifications for the World Cup finals and has an entire top shelf dedicated to luxury boxes capable of holding some 20,000 of Peru’s most affluent fans.

Named for a revolutionary leader, Estadio Atanasio Girardot takes the title for host of one of the most important derby’s in Colombia (between Atletico Nacional and Independiente Medellin, who both call this stadium home). But, this stadium of roughly 41,000 is not for the faint of heart or slow of foot, notoriously being home to one of the most violent derby days in history with 350 arrests, more than 400 confiscated weapons and nine injured during the 2013 derby.

Built in 1970 to host 21 participating nations in the Central American and Caribbean Games, Estadio Rommel Fernandez is the largest stadium in Panama with its 32,000 all-seat capacity and the most technologically advanced in Central America. It originally was called Estadio Revolucion but was renamed in 1993 to honor a deceased national team player. It was renovated in 2009 for more than $19M, making this Panama staple one of the more modern stadiums in Central America.

Completed and opened in 2011, the strangest thing about the super modern Tico Stadium (officially called The National Stadium of Costa Rica) is that it was entirely funded by the Chinese government and built by a Chinese construction firm. It probably won’t surprise you, then, that the inaugural event was an international friendly between the Costa Rican and Chinese National Teams.

Although not technically in Central or South America, it would be remiss to not at least give an honorable mention to Azteca in Mexico City. It’s the third largest stadium in the world and the largest across Latin America with an official capacity of nearly 100,000.

If you’d like to tour some of the great cathedrals of Central and South American soccer, call us today to schedule your beautiful game-inspired vacation.