The 2014 Brazil World Cup Draw is finally out!

The United States will play Ghana, Portugal and Germany. The first-round group of death which includes The United States, Ghana, Portugal and Germany at next year’s World Cup that will take the Americans on a lengthy 9,000-mile trip around Brazil. Making their seventh straight appearance at soccer’s showcase, the Americans were drawn Friday into Group G and will open on June 16 in Natal against Ghana, which eliminated the Americans at the 2006 and 2010 tournaments. The U.S. meets Portugal and 2008 FIFA Player of the Year Cristiano Ronaldo six days later in the Amazon rain forest city Manaus. The Americans have just three off days to recover before closing group play on June 26 in Recife against Germany. VIP Tour Group still has great tickets and packages available for the 2014 Brazil World Cup. 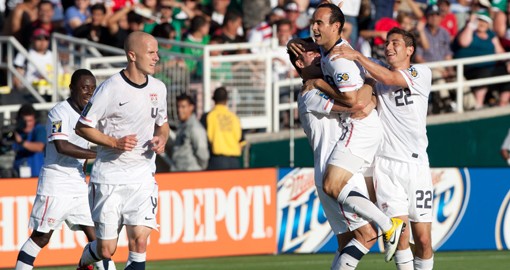 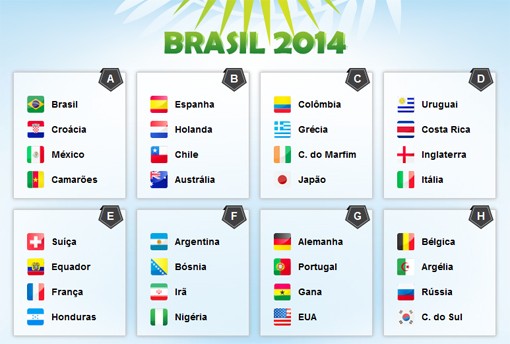 Click here to see all our 2014 Brazil World Cup Packages