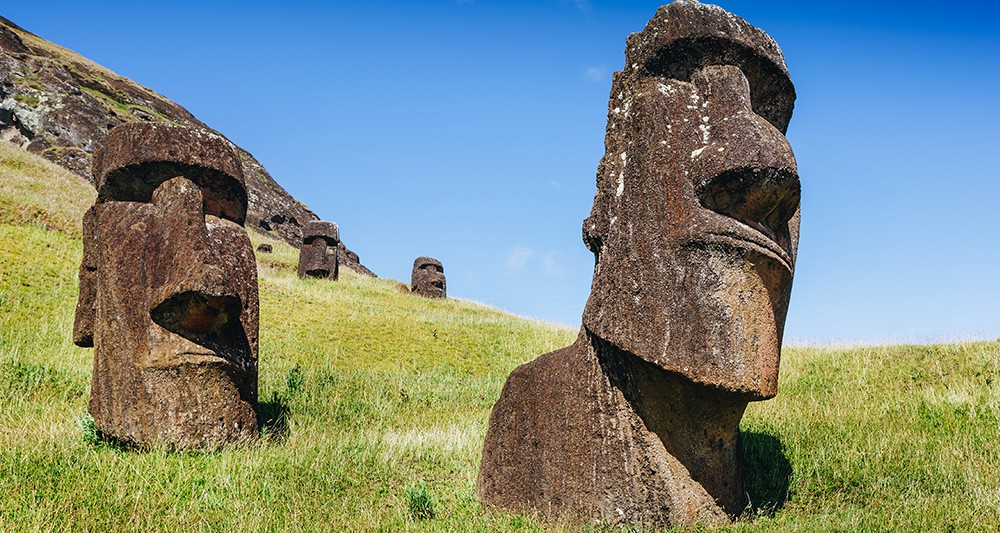 The International Day for Monuments and Sites (ICOMOS), celebrated annually on April 18, is just a few days away, so there’s never been a more appropriate time to share our list of must see Latin America monuments.

ICOMOS was created and approved by UNESCO in 1983 to help protect and conserve cultural heritage sites. This year’s theme is “Cultural Heritage & Sustainable Tourism.” It was designed to celebrate the partnership between sustainable tourism and cultural heritage. The program encourages collaboration between businesses and local communities, as well as highlights best-in-class programs in sustainable cultural tourism.

There are so many impressive monuments (structures created to commemorate something or that have become culturally important) in Latin America that it is somewhat difficult to wheedle down a manageable list, but we gave it the old college try and came up with 10 Latin America monuments you don’t want to miss: 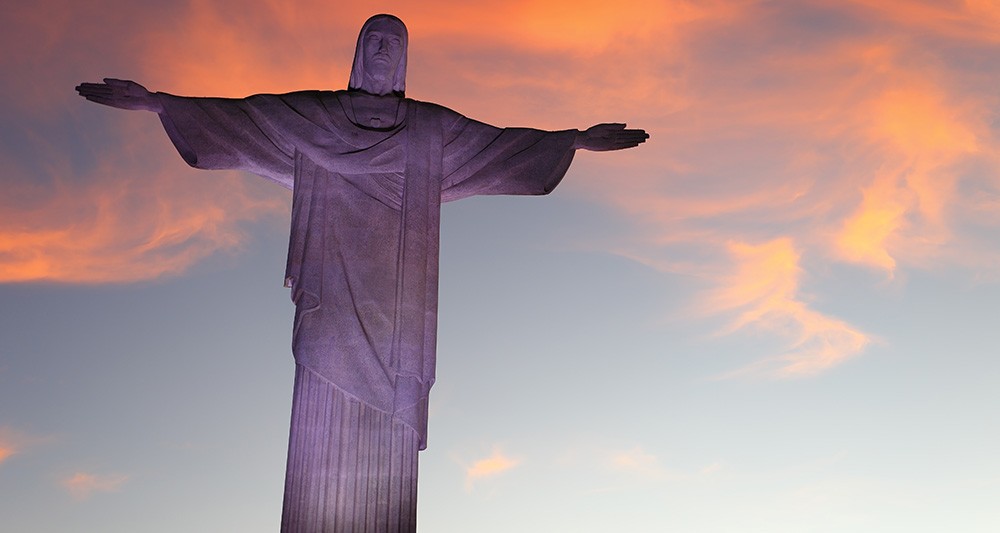 Perhaps the most famous monument of them all, this art deco style statue of Jesus Christ (considered the largest art deco statue on the planet) stands almost 100 feet tall atop Corcovado Mountain overlooking the Rio de Janeiro, Brazil skyline. Its outstretched arms measure almost the same distance in concrete and soapstone, and the whole thing weighs some 700 tons. One of the New Seven Wonders of the World, there are many other statues of Christ throughout Latin America (including Cristo de la Concordia in Bolivia and Christ the Redeemer of the Andes on the Chile-Argentina border), but this version remains one of the most visited monuments in the world. 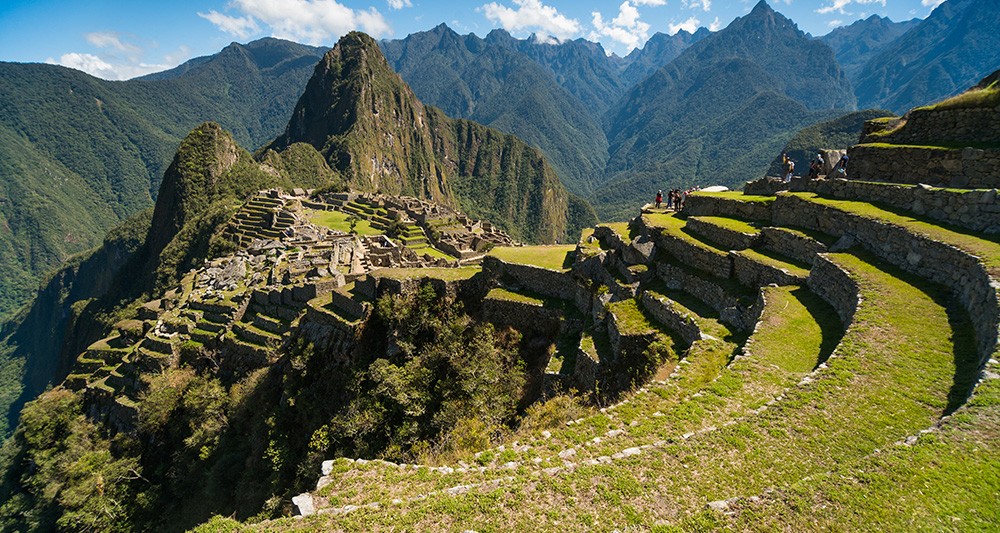 Situated almost 8,000 feet above sea level high in the Andes mountains, Machu Picchu, Peru is one of the most mysterious and mesmerizing sites in the world. This iconic complex is a UNESCO World Heritage Site, Peruvian Historical Sanctuary and one of the New Seven Wonders of the World, as well as a monument to the Inca civilization. Often erroneously called “the Lost city of the Incas,” Machu Picchu remained hidden to the outside world until 1911 when American explorer and historian Hiram Bingham (hence, the train of the same name) announced the discovery to a global audience. Since that time, much of the site has been restored. 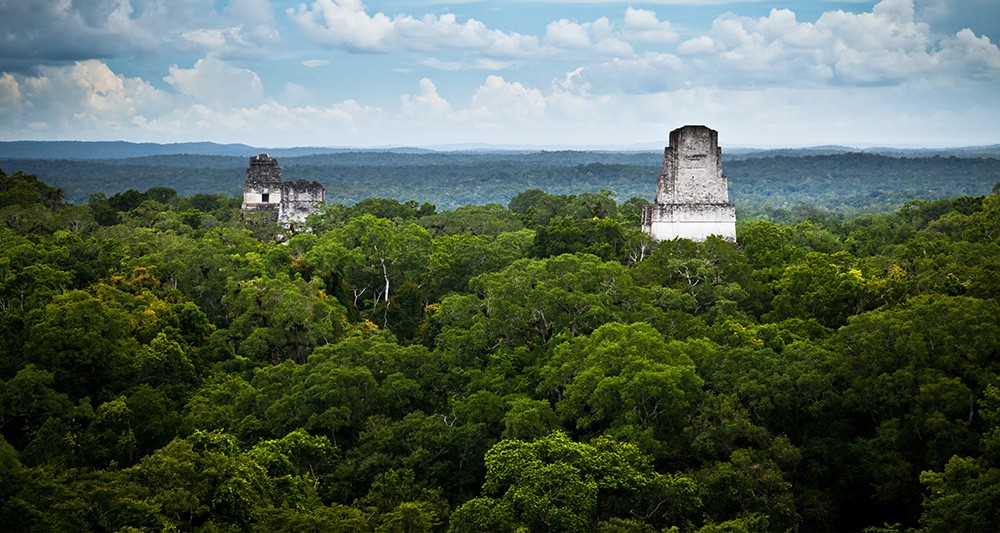 One of the biggest and most excavated archeological sites of the pre-Colombian Maya civilization, Tikal is a UNESCO World Heritage Site and monument to Guatemala history. Although the architecture dates back as far as the 4th century BC, Tikal didn’t reach its population pinnacle until much later. The ruins were originally rediscovered by a gum-sapper and reported to a local newspaper, but tourism didn’t begin in earnest until a report on the location was published by a Berlin magazine. Today, it is one of the most visited monuments in the region and is known as much for its astounding architectural achievements as for its remote location deep within the rainforest of El Peten.

On Rapa Nui, Chile (also known as Easter Island), there are nearly 900 monuments known as “moai.” These larger than life statues resembling human heads come in a variety of sizes and are scattered across the island. Rapa Nui is another UNESCO World Heritage Site, honored as an early example of the Polynesian people and their seafaring capabilities. Interestingly, this southeastern Pacific island is widely believed to be one of the most isolated inhabited islands on the planet, making a trip here somewhat of an adventure. The sculptures average around 13 feet tall and 14 tons, so constructing and moving these monuments was certainly a difficult task. Despite this, no one knows for certain why it was originally undertaken.

Middle of the Earth 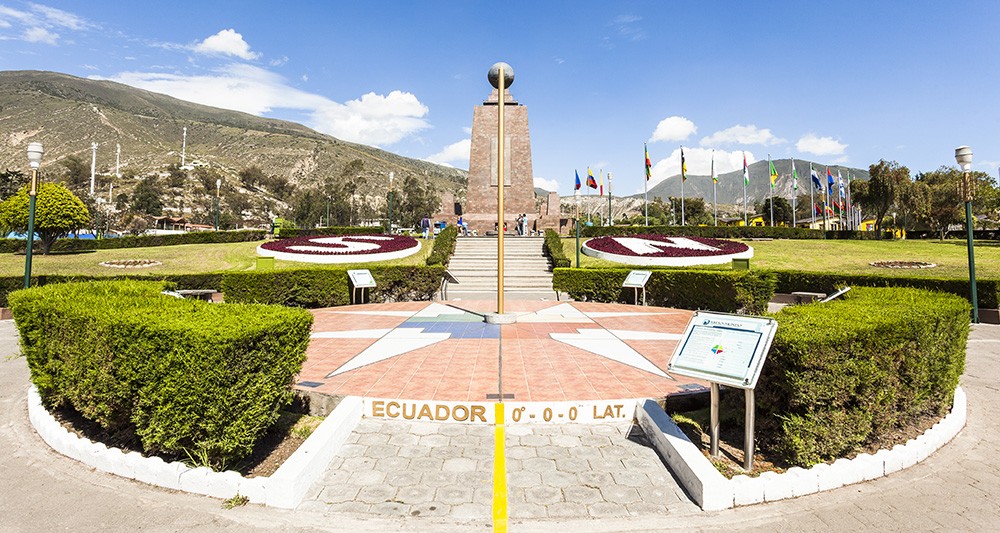 If you’ve ever wanted to stand directly on the Equator at the “middle of the Earth,” this government-owned park in Ecuador is just what the doctor ordered. Once there, find your way to the nearly 100-foot tall monument at its epicenter and you’ll have ticked a box on your bucket list. Although there is some debate about whether this location actually constitutes the exact spot where the middle of the Earth lies, the column and globe draw more than half a million visitors annually. A smaller monument, built in 1936, once stood in the same location and was replaced by the new, bigger one in 1979. The older monument was moved to a nearby town. 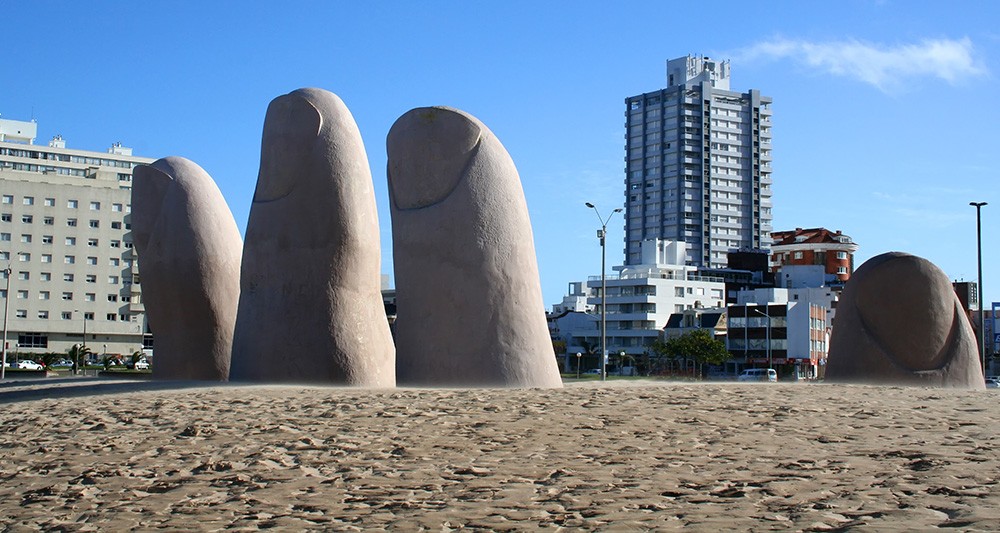 A “monument to the drowned” on the shores of Brava Beach in Punta del Este, Uruguay, this giant hand rising from the sand was completed in 1982 by a Chilean artist named Mario Irarrázabal. He envisioned the hand as a warning to swimmers about the beach’s rough waters and completed it in under a week despite having the entire summer to do so. The sculpture (also sometimes called The Fingers) was constructed as part of the first International Meeting of Modern Sculpture in the Open Air, and it is the only one of nine sculptures completed that summer still standing today. In an odd twist, it is also the sister sculpture to Chile’s Desert Hand found in the Atacama. 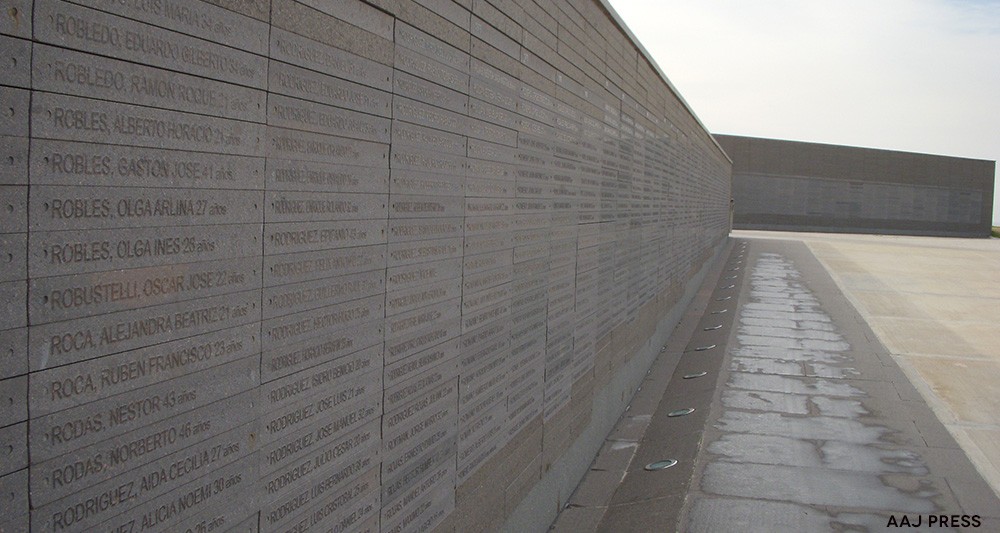 Built as a partnership between the Argentine government and human rights organizations, Memory Park is nestled along the banks of the Rio de la Plata in Buenos Aires, Argentina. This monument, begun in 1998, is a memorial to the victims of the dictatorial, state-sponsored violence so prevalent between the mid-1970s and mid-’80s. Today, the park contains not only The Monument to the Victims of State Terrorism, which lists the names of almost 10,000 people who were killed or disappeared during this time, but also a number of sculptures inspired by the theme of human rights. It is a hauntingly beautiful public installation in a now thriving and democratic country that is simply not to be missed. 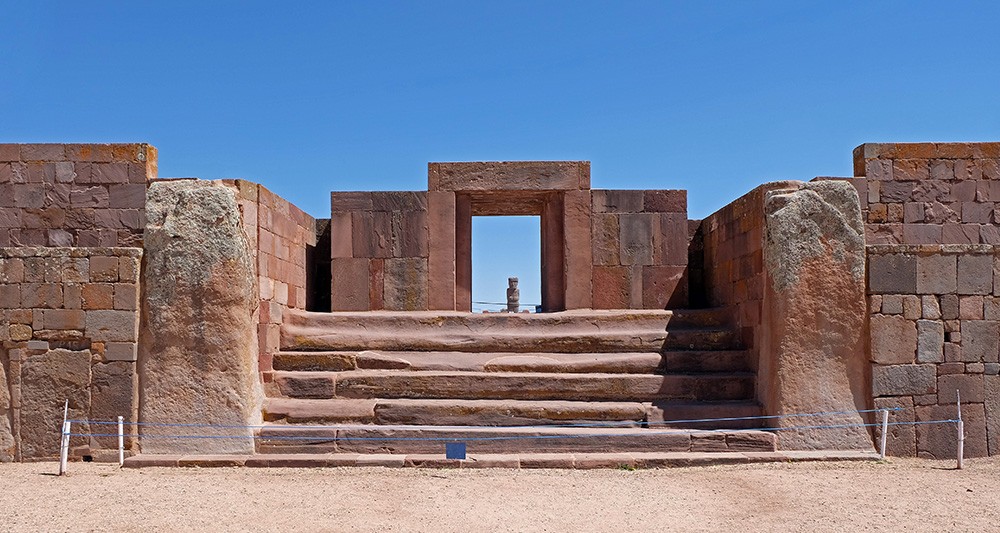 Once the capital of the pre-Colombian Tiwanaku civilization, this important archeological site near Lake Titicaca in Bolivia includes several outstanding monuments within the protected zone. There is the Gate of the Sun stone archway and the Kalasasaya temple and its stone monoliths, but our favorite is the impressive Akapana pyramid that once stood at an imposing six stories tall. It once held seven platforms and a massive retaining wall. The Tiwanaku culture is distinct from any other early societies of the Americas and believed to pre-date the Incan civilization. The monumental architecture here is built in a grid and thought to date as far back as around 200-600 BC. 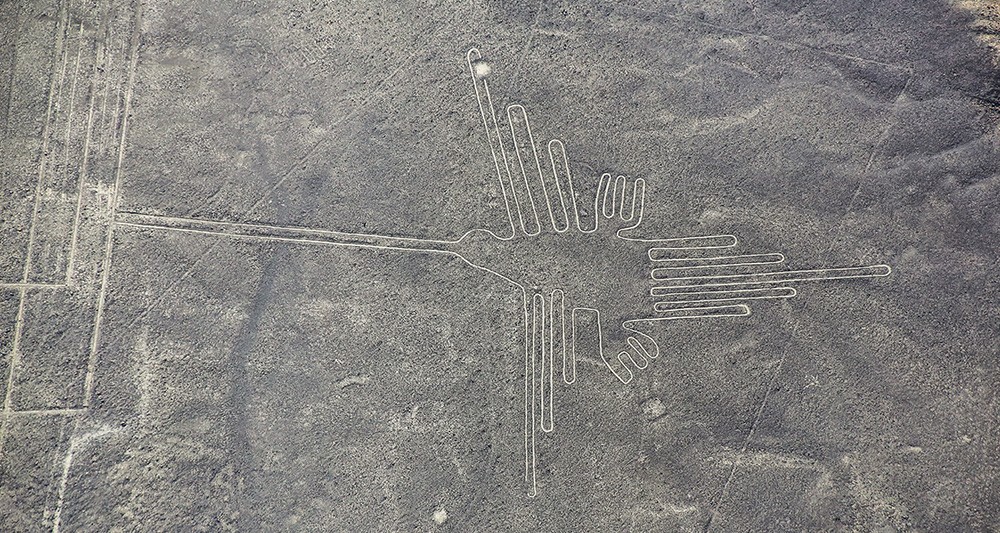 Sure, you may need an aerial view of this amazing monument to get the full perspective, but this series of truly ancient geo-glyphs that do double duty as a UNESCO World Heritage Site will not disappoint! Lucky for you, we can book a helicopter ride, or you can get a decent vantage point from the nearby foothills. Located in southern Peru’s Nazca Desert, the Nazca Lines span more than 50 miles and date back as far as 500 BC. The lines vary in complexity, with some being fairly straight forward lines and shapes and others being more complex designs of animals and plants, but all are made from shallow hallowed out lines dug into the ground. The largest of them is about 1,200 feet long! Most scholars believe these glyphs to be of religious significance. Some have even interpreted them to be sacred paths of worship. They are extraordinarily well preserved thanks to surrounding geography and its weather. 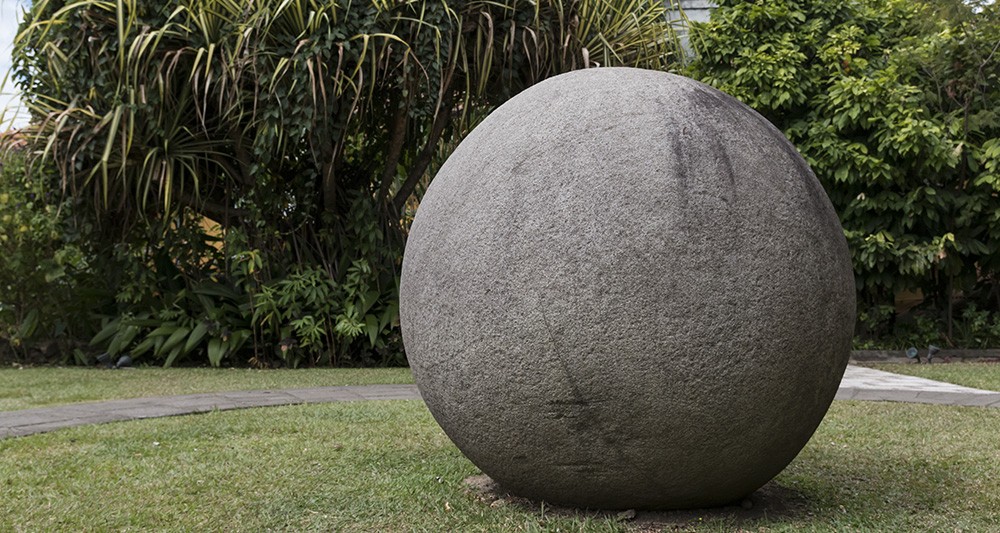 Another site of ancient glyphs on the UNESCO World Heritage Site list lies on Isla del Cano and the Diquis Delta in a remote corner of Costa Rica. The Diquis Spheres, known locally as Las Bolas or The Balls, are shrouded in mystery but commonly attributed to the extinct Diquis civilization. All in all, there are more than 300 perfectly round stone petro-spheres of varying sizes (up to more than 6 feet in diameter) and stages of polish, but no one really knows the reason for their creation. Made from gabbros, basalt, limestone or sandstone and nearly perfect, The Balls are one of the most well-known of all the Isthmo-Colombian stone monuments and sculptures, and much of the surrounding area has been deemed a protected archeological area for excavation, which makes it well worth the trip!

Ready to stand at the feet of giants and check off some of the must see monuments in Latin America? Contact us today to begin planning your once-in-a-lifetime journey!