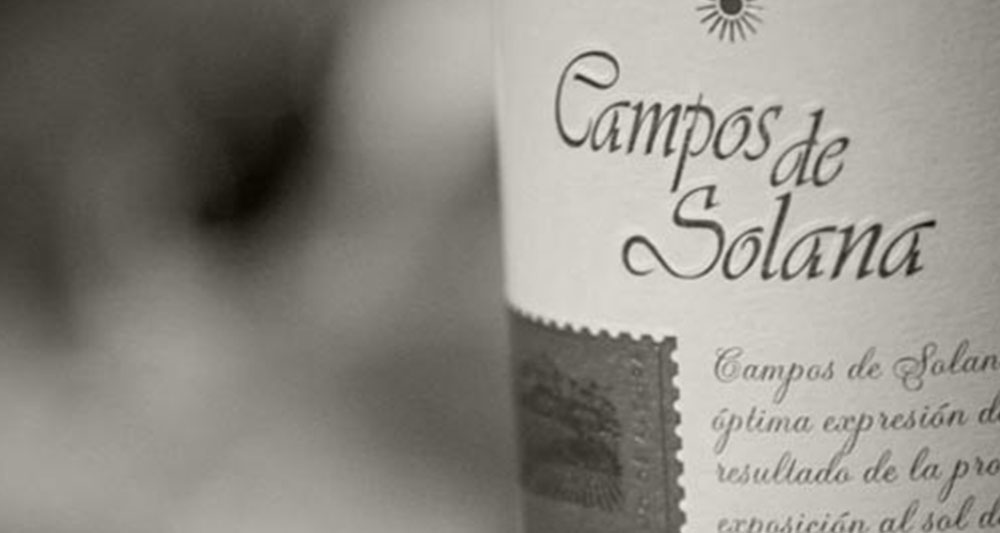 Food and Wine in Bolivia

Food and  Wine in Bolivia – Bolivia is one of the least visited countries in South America, and it’s not necessarily built for tourism outside of the major cities. Transportation can be spotty with uninformed taxi drivers and crowded buses. Prices often seem arbitrary if inexpensive, and it’s likely vendors won’t want to break the large bills you get at airport currency exchange. But, that doesn’t mean there’s not a lot to love about this quaint destination, perhaps best known as the setting of the Sandra Bullock movie Our Brand is Crisis.

Built on traditional Spanish tastes and flavored with classic Andean ingredients and cooking techniques, one of the highlights of any trip to Bolivia is its humble, yet distinctive, foodie culture. Highly varied by region, with spicier fare in the mountainous Northern Andes and a ton of freshly caught fish and harvested veggies near the Amazon, the myth of it being a carnivore’s paradise is largely hyperbolic. In fact, Bolivia is a veritable Garden of Eden for chefs, with huge amounts of native vegetables, fruits and herbs with which chefs can cook. Visitors will be delighted by the strong Brazilian culinary influence of the tropics and even some North American influence dotted throughout the country. No matter where you may travel in Bolivia, though, one thing remains constant— Bolivian food and culture are intimately intertwined.

Here is some of our favorite Food and Wine in Bolivia, as well as some etiquette tips to have you eating and drinking like a local on your Bolivia vacation: 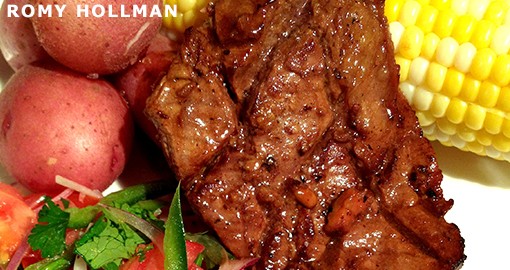 Santa Cruz is likely the origin of the rumor that Bolivians really love their meat. Here, there are steakhouses on seemingly every corner, and grilling out is a popular pastime for local families and friends. You won’t want to miss lunch at one of the city’s top butcheries, called churrasquerias or parilladas, to try locally-raised beef in at least one of a hundred different ways. Santa Cruz is a cattle-ranching region, so this is the best place to get farm fresh steak.

Etiquette Tip: Bolivians still take afternoon tea and siesta time each day, so dinners are later than U.S. travelers may be accustomed to and lunch is typically the largest meal of the day. 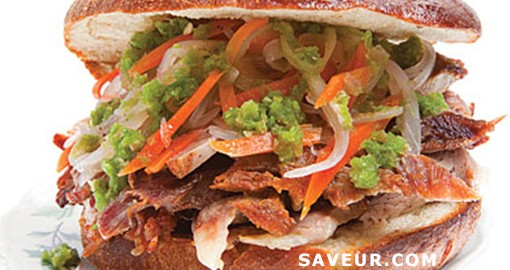 The chola, a delicious pork sandwich known for its crispy slow-cooked pork, soft bun and spicy pickled chile sauce is a La Paz staple that’s been around as long as anyone can remember. Sure, you can find these handheld delights on most any menu, but we recommend getting them from a street vendor for a real authentic taste of Bolivia. The best way to find a “real deal” street vendor is to look for long lines of locals— or just ask around.

Etiquette Tip: Sandwiches are one of the few food items it is okay to eat with your hands in Bolivia. Almost everything else is eaten with a fork and knife. Use the knife in your dominant hand and don’t switch back to the fork to eat. 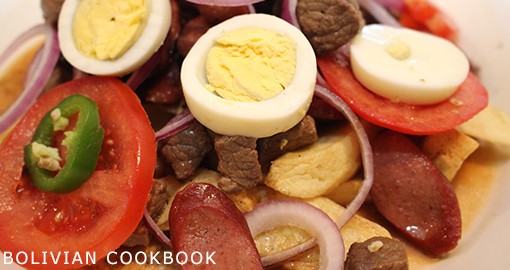 Appropriately named for its fiery hot spice (you have to be macho to eat it), Pique Macho is a heaping plate of beef and fried potatoes mixed with locoto peppers, onions, mustard, ketchup, mayo and boiled eggs. Legend has it a bunch of Bolivian restaurant workers were closing shop late one night and threw leftovers together to feed the crew. Wherever this tasty dish came from, our on-the-ground trip designers in Bolivia say it is not to be missed! Two popular new restaurants where you’re likely to find this delectable dish, or elevated variations of it, are Gustu in La Paz (recently launched by the founder-chef of Noma) and Jardin de Asia in Calle. If you make it to Jardin de Asia, be sure to take the tour of their 360 Lab, where chefs are experimenting with ingredients to create new Bolivian flavors.

Etiquette Tip: In Bolivia, it is considered bad manners not to clean your plate and, in some circles and places, to take leftovers home with you. 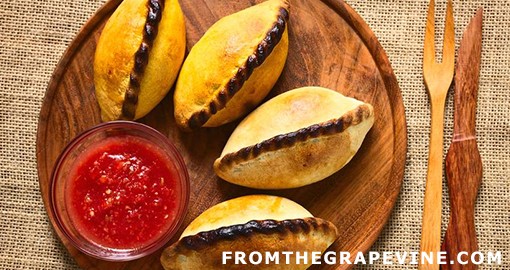 It wouldn’t be a list of South America foods without at least one delicious stuffed cuisine, so we’d be remiss not to mention the Bolivian version of the better known empanada. Saltenas are savory baked balls of dough stuffed with your meat of choice (usually chicken or beef) and mixed with a sauce that can range from slightly sweet to melt your face off spicy. You will sometimes find additions, such as peas (think Indian samosas), olives or raisins in saltenas, and vegetarian versions are gaining popularity. Although you will find this snack throughout Bolivia, Potosi is said to have the very best.

Etiquette Tip: Don’t be afraid to share your table with strangers or wish them “bon appetite.” Both of these things are part of the Bolivian dining experience. 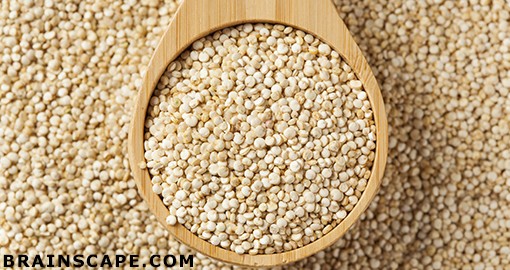 Along with Peru, Bolivia is one of the world’s top producers of Quinoa (accounting for roughly 92 percent grown across the globe), so it’s not surprising the superfood is a staple of most Bolivian diets. This grain is grown high in the Andes and is widely recognized as coming as close to providing all the necessary life-sustaining nutrients as any single food can. There are more than 3,000 varieties of quinoa, and chefs are pretty inventive in its uses, so you’re sure to find it on street carts, in restaurants and on most household tables in Bolivia. What could be better than tasty and good for you too!?

Etiquette Tip: Bolivians rarely entertain at home, but if you are invited to a dinner party always bring a small hostess gift and leave the electronics in your pocket or purse to give your dining companions full attention. 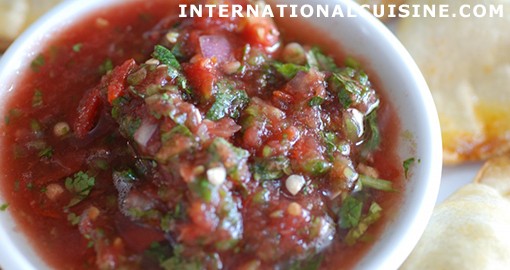 If you love Taco Tuesday at your local Mexican restaurant and keep your server running to refill empties of chips and salsa, you’ll die for this uniquely Bolivian salsa made from ingredients you won’t find Stateside. It’s simple enough with only Locoto peppers, Quillquina (colloquially called Killi) greens, tomatoes and red onions, but the fresh peppers and greens can’t survive the trip north, so it’s likely you’ve not experienced this flavor profile before. Trust us, you’ll such cravings for this stuff that you’ll be planning your next trip to Bolivia before you even get home.

Etiquette Tip: Service staff typically expect tourists to tip about 15 percent, but don’t try to put it into the server’s hands and don’t leave it on the table in plain view. Instead, just put it under something with an edge sticking out. 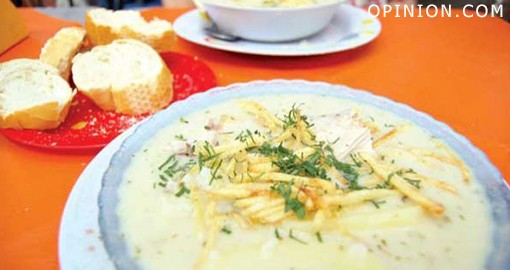 Another of our Bolivia-based trip designer’s favorite local foods is sopa de mana. In a country known for its high altitudes and seasonally chilly weather, it’s not surprising a hearty “peasant” style soup would be so popular (if a bit difficult to make and typically reserved for special occasions). The creamy, yet dairy free, sopa de mani is a peanut and potato soup that got its start in the culinary capital city of Cochabamba, but is a staple throughout the country’s many markets. Typically made with homemade beef or chicken stock, additional ingredients often include onions, garlic and whatever veggies tickle your fancies. Popular choices often are peppers, celery, peas and carrots. The dish is finished with French fried potatoes.

Etiquette Tip: As in the United States, slurping and making other noises while eating is considered rude. 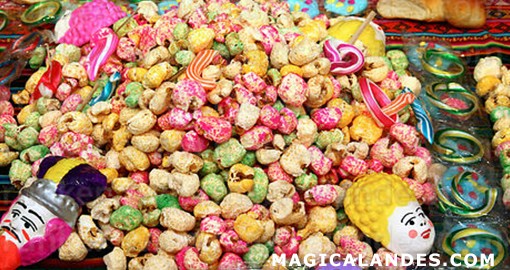 The traditional handmade Bolivian street food take on popcorn, Pasankalla are huge balls of white puffed corn tossed with sugar. Incredibly sweet and not quite as crunchy as what we’re used to in the United States, this candied treat is an absolute must have snack on any trip to Bolivia. They can be easily had at most any specialty store or bakery and can even come in fun, vibrant colors from some shops. They’re highly addictive, and you’ll most likely see locals popping them like candy on the street.

Etiquette Tip: Dining etiquette generally becomes more relaxed the better you know your dining companions, but Bolivians do expect fancier dress when going out than their American counterparts. 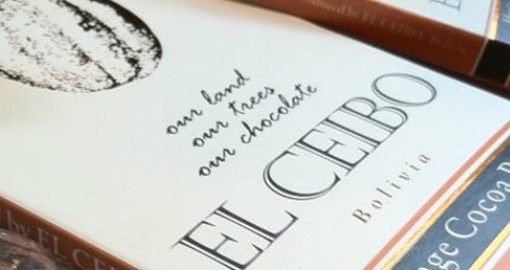 Perhaps one of the better known exports of Bolivia is its chocolate. In fact, the country is one of the world’s major producers of cacao with both cultivated and delicious and quite rare wild cacao prevalent throughout the Amazonian rainforest. One of our absolute favorites is El Ceibo. This line of fine chocolates is produced by a co-op of nearly 1,200 farmers and is the only brand in the whole world produced from start to finish by the growers themselves.

Etiquette Tip: Napkins belong in your lap at Bolivian tables (even when not in use), and you should always set passed food and drinks next to your dining companions rather than trying to put it in their hands. 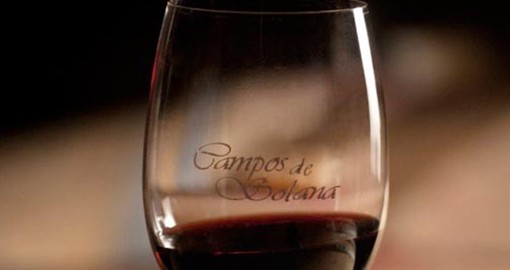 Though not widely known, the Bolivian region of Tarija does produce some of the world’s highest altitude wines dating back to the 17th century. Located in the Andean foothills, this wine country is at once scenic and well worth a visit to sample wines from small family wineries, charming little bodegas and sprawling vineyards. Wine exportation is a fairly new occurrence in Bolivia, but there are a few winemakers leading the charge. Chief among them are La Concepcion and Campos de Solana, which took a 2014 International Wine of the Year award for its Trivarietal Reserve and a 2016 Decanter World Wine Award for its Tannat Malbec. We especially love to visit Santa Cruz during the annual wine and cheese festival in July before heading out to wine country.

Etiquette Tip: Never pour your own wine, but if you should pour your own in the company of friends at home, always pour with your right hand while holding the bottle by the neck and not at the bottom. 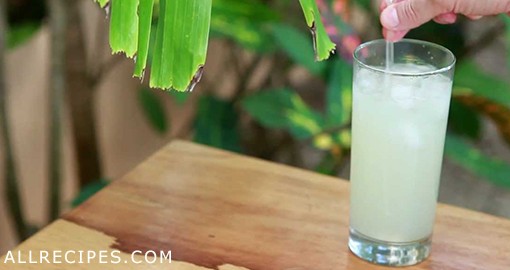 Though it’s not unique to Bolivia, there is nothing we love more than a good lemonade. Here, this refreshing drink is made with citrus fruit (it’s called limonada whether using lemons, limes or both), water and sugar, and it graces many restaurant menus while remaining a near constant in households throughout the tropical regions. Though it’s not necessarily customary, we love the addition of Pisco or the popular national brandy, Singani, to give our drinks a bit of a festive kick.

Etiquette Tip: Because the custom of cruising is pretty well ingrained in Bolivian cities, high streets often are lined with cafes, bars and restaurants. We suggest stopping in to see what innovative cocktails are on the menu, but don’t ever snap or clap at staff and don’t ask to split your check.

If you’re ready to eat and drink your way through Bolivia, call us today to begin planning your dream Bolivian getaway.