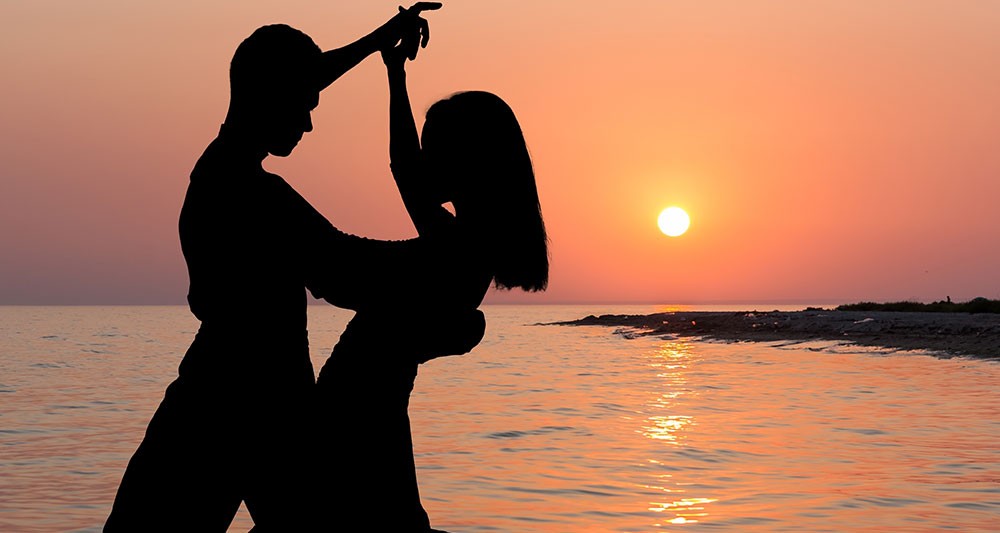 Often called the “core of culture” and a “universal language,” dance illustrates cultural identity and keeps traditions alive through the ages. It is both a source and exhibition of national pride and reflects and creates cultural tradition. Developed across centuries, nowhere is this more true than in Latin America.

Outside of Central and South America, dances developed across the far reaches of these regions often are grouped together and referred to simply as Latin American. Whether on the ballroom circuit and studios or in the streets and dance halls, Latin American dances typically evolved over time as European influences mixed with indigenous cultures— and as local musicians tried new instruments.

Latin American dances include the Caribbean salsa, the Cuban mambo, rumba and cha cha (Cuba was a wellspring of Latin American ballroom), the Brazilian samba, the Argentina tango and the Dominican merengue and bachata— plus, a wealth of lesser known indigenous ones. No matter your travel style, seeking out a bit of Latin American dance while in Central and South America is a great way to get up close and personal with a destination’s cultural heritage.

Here are our Top 5 favorite dance experiences in Latin America: 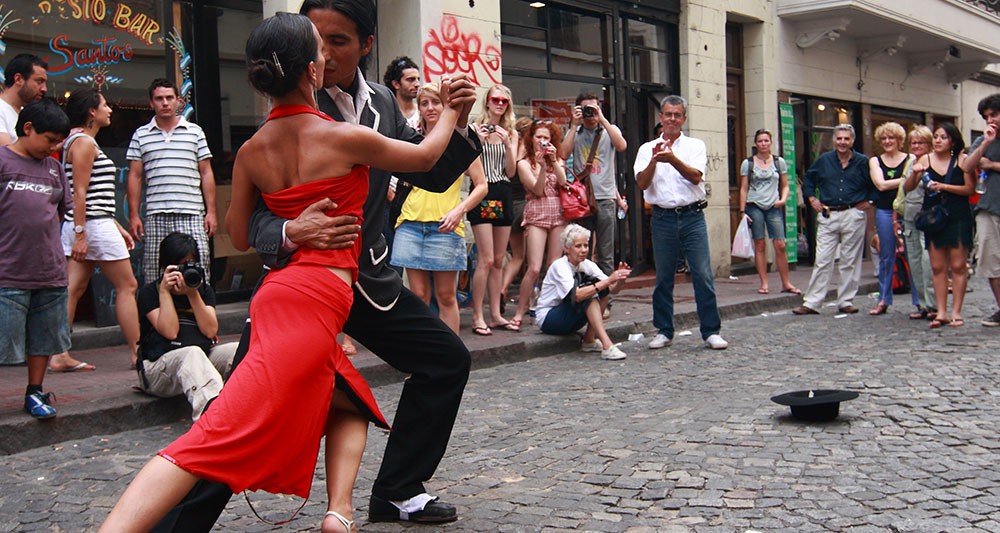 One of the most well-known of all the Latin American dance styles, you won’t want to miss taking a lesson and then trying out your new moves at one of the many renowned tango houses in Buenos Aires. Although there are numerous classes and clubs in BA, one of our favorite experiences (though not the only one) is at Club Social y Deportivo Villa Malcolm. This social club attracts hoards of locals each Thursday night for its free classes followed by a milonga and show that runs late into the night. For a special treat, arrive in Buenos Aires during the annual World Tango dance tournament held each August. 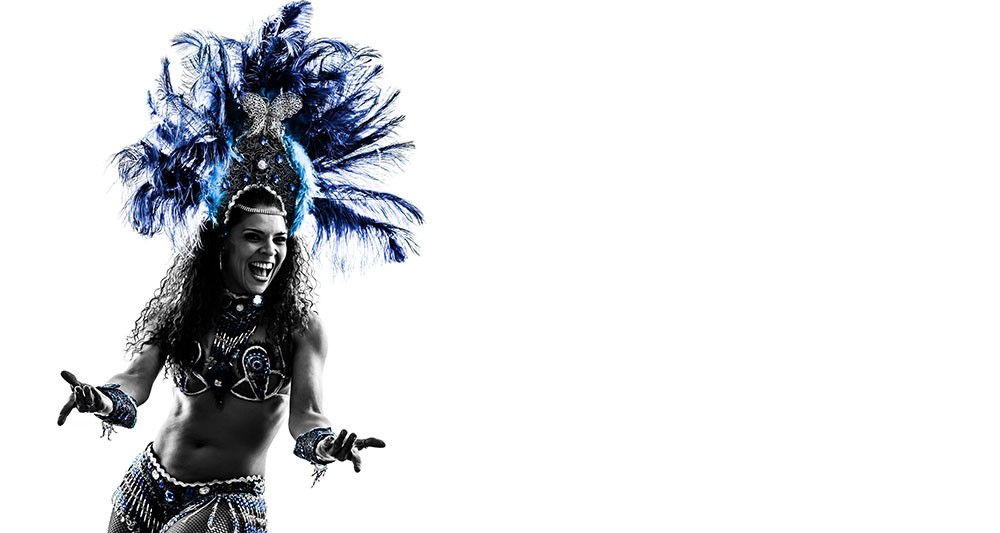 Like Cuba, Brazil also is world famous for its dance styles, but it is the samba that most captures the national spirit and the imagination of more than a million international travelers each year. There is no better time or place to see the pageantry of samba in all its glory than the Rio Carnival held each February. Each neighborhood in Rio de Janeiro has its own samba school, and they all take part if the Carnival parade every year. While in Rio, stop by for a tour of one (or more) of the schools to discover their independent and unique flair then head over the the Rio Scenarium to see the locals perform it live. 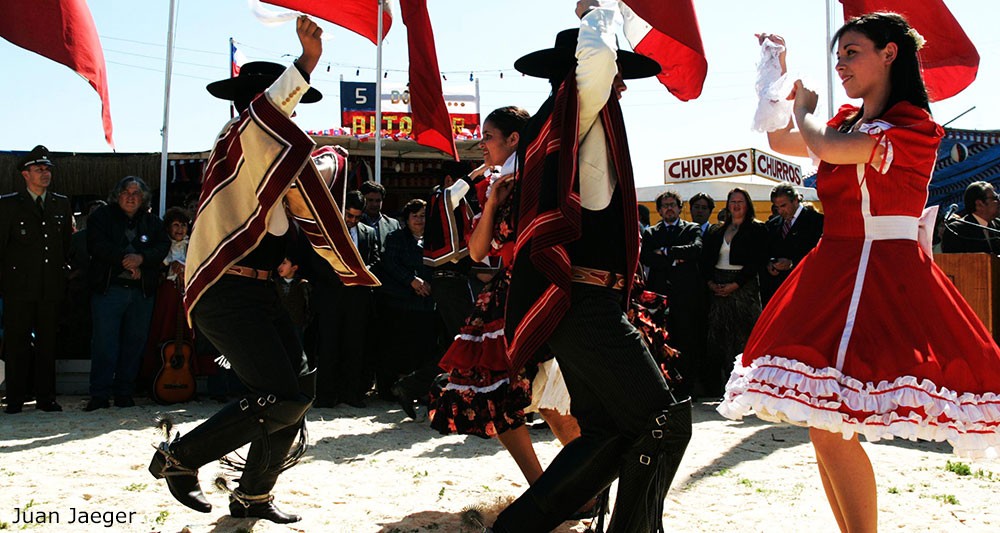 Carefully choreographed and quite lively, Chile’s La Cueca is the national dance and considered integral to the nation’s cultural heritage. The circling dance, performed with handkerchiefs by a man and woman in colorful traditional dress, portrays the courting ritual between a rooster and a chicken. However, unlike many of the other Latin American style with which international travelers are more familiar, the couple doesn’t touch until the very end. Instead, the eyes and facial expressions help tell the story. The best time to see this unusual and relatively unknown dance is during Chile’s two-day Independence Day celebrations held annually on September 18 and 19.

Music is one of the most important elements of Colombian culture, and the best way to experience this passionate way of life is through dance. In Cartagena, we recommend taking a one-hour salsa class with a professional instructor, and then hitting the city’s hotspots for a night of practice at the clubs. Whether you’ve never danced before or are already something of a pro, the teacher will adjust the instruction accordingly to ensure you get the most out of your salsa lesson and wow the crowds at the nightclub. As an added bonus, Cartagena (known as the Walled City) boasts a bustling nightlife surrounded by some of the most beautiful history in this part of the world.

The San Juanito in Ecuador 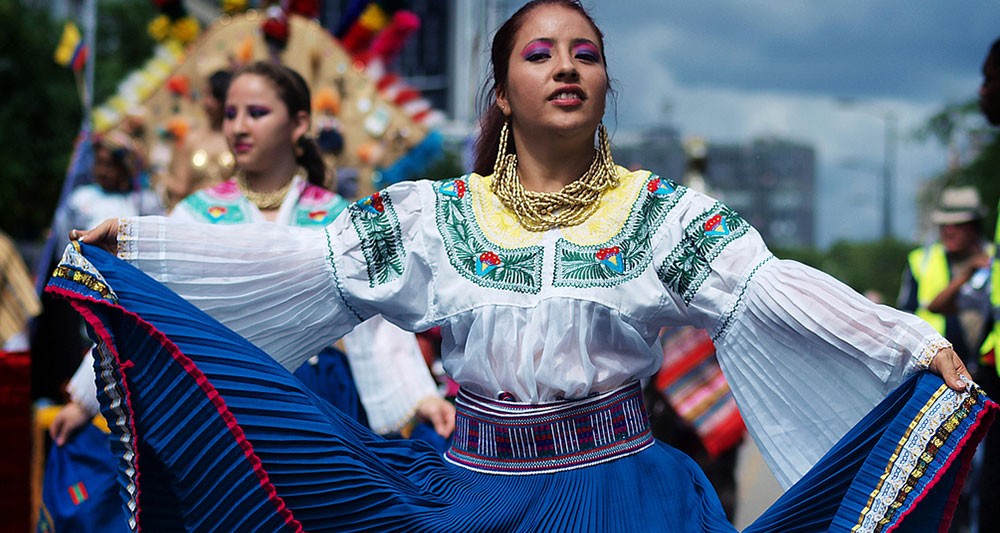 Named for a style of music known for its unique blend of indigenous and modern instruments that has evolved over time and with new innovations in instrumentation, the San Juanito often is danced spontaneously at the more traditional festivals and social gatherings of Ecuador. Like many of the dances we’ve mentioned, it is widely considered part of the national identity and an ideal way to get in touch with the culture of the country. Although this dance is generally impromptu in nature, there also are a handful of professional troupes who perform it. Seek out Chari Jayac or the nationally-recognized Nanda Manachi to see it performed live in a scheduled environment.

If you’re ready to dance across Central and South America or just want to add a personalized dance experience to a larger trip, contact us today to begin your hip-swinging, toe-tapping adventure!